The mayors of two Japanese cities known as the home of ninja, or feudal mercenaries, launched a ninja council Tuesday to boost tourism in cooperation with private businesses.

Clad in ninja costumes, the mayors of Iga in Mie Prefecture and neighboring Koka in Shiga Prefecture signed an agreement at the inaugural meeting of the council at Aburahi Shrine in Koka. The shrine is believed to have been a gathering point for the Koka ninja clan in medieval times. 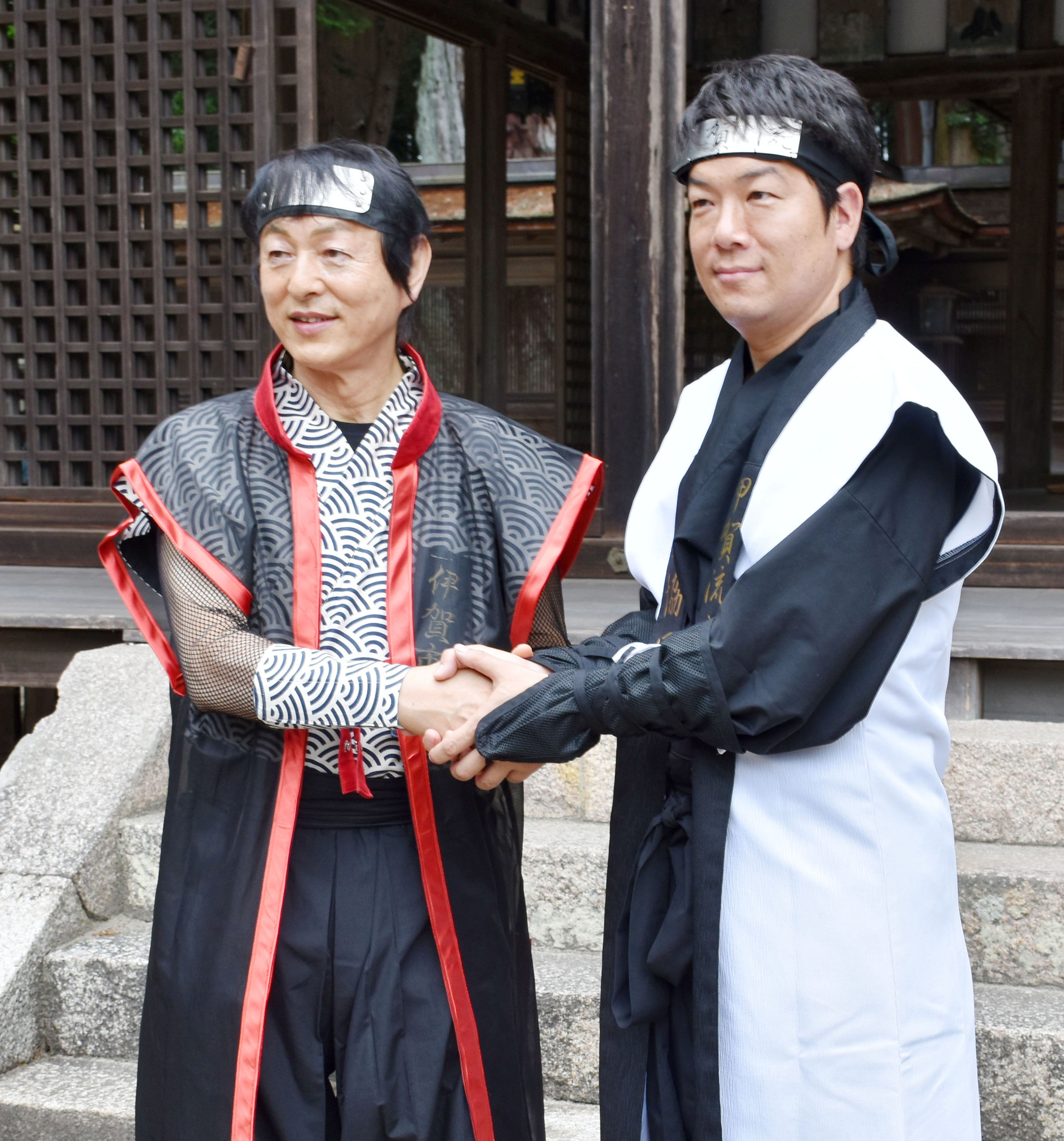 The two cities are planning to disseminate information on ninja by setting up a common website or video footage to attract foreign tourists in the run-up to the 2020 Tokyo Olympics and Paralympics.

Koka Mayor Hiroki Iwanaga called the event "a historic moment that revived collaboration" between the two areas, while Iga Mayor Sakae Okamoto said, "I'm filled with deep emotion when I think about our ancestors who came together like this. We are good friends."

The Koka ninja clan and Iga ninja clan are often depicted as hostile to each other in films and animations but the cities said they were in a collaborative relationship.

In April, the two cities were selected as "Japan Heritage" properties to promote tourism. 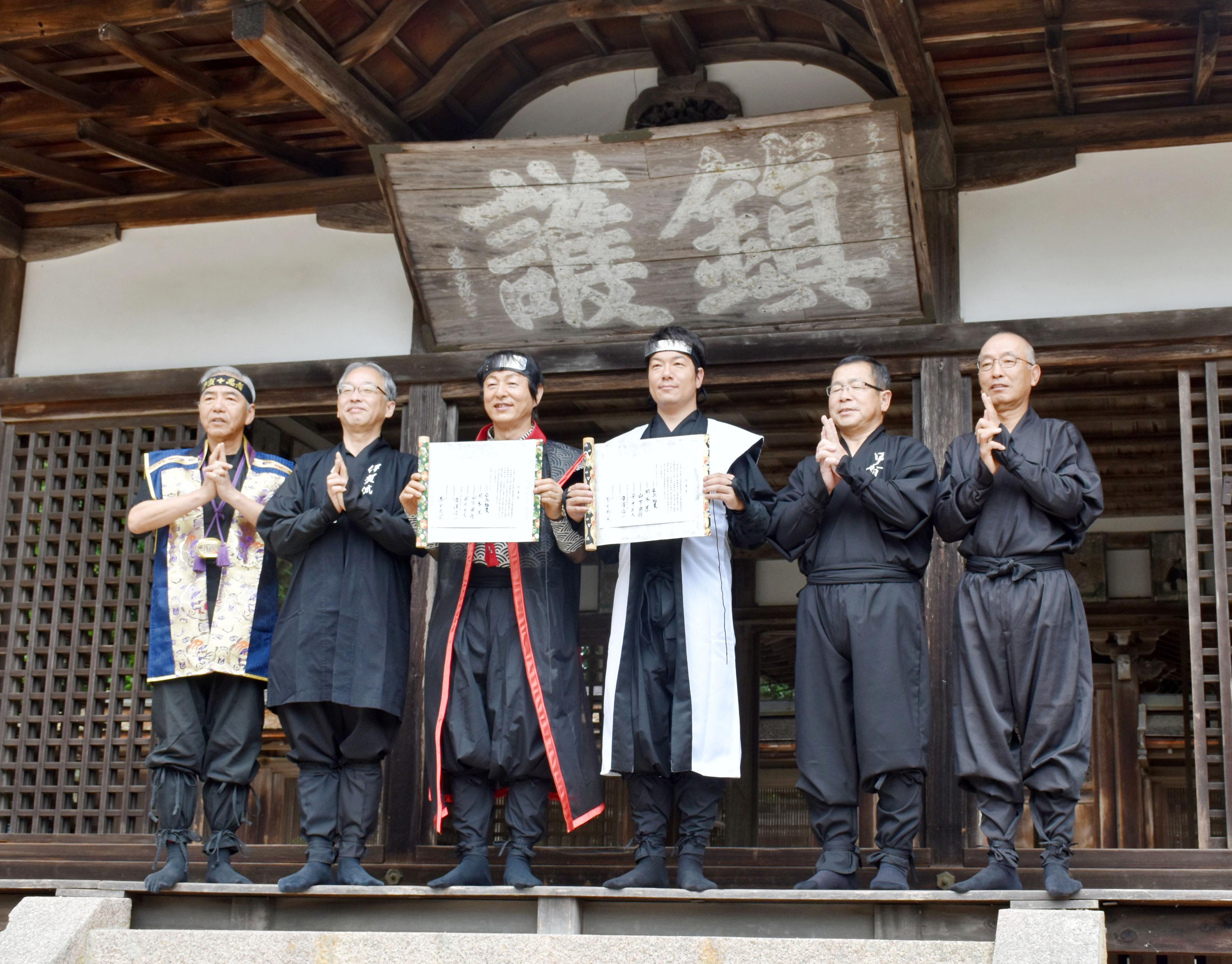