Hope flickers for table soccer's growth in Japan, and across Asia

Hunched over felt-covered tables in an unremarkable community center near Tokyo's Arakawa River, a group of enthusiasts recently made some history by holding the Asian Cup of table soccer in Japan for the first time.

Sending their small plastic players sliding across the tables in pursuit of the molded soccer ball with deft flicks of their fingers, competitors young and old vied for the glory of being Asia's best -- or at least most well traveled -- exponents of the game.

Table soccer, or Subbuteo as it is branded when sold in stores, came to Japan only very recently thanks to Kenzo Koi, and the man who has become the godfather of the game here organized the Asian Cup in Tokyo, with some help of some die-hards from around the region.

But for Koi, table soccer is much more than a game. He also espouses its therapeutic virtues for those suffering from physical impairments.

"In Japan, this game is not famous, nobody knows (it), so we started the association about 10 years ago, with only two people," said Koi.

"I joined the World Cup 2012 in Manchester and I met many foreign players and I learned much. I started (thinking about) how do we organize (here), little-by-little. This Asian Cup is the benefit after five years."

Koi, a retired occupational therapist and president of the Japanese table soccer association, first saw the game online and very quickly realized it is not only a hobby he can get into but also a game that could benefit those who need it most.

"This game needs good, fine finger skills...The play (uses) the front lobe (of the brain) and the side lobe, and especially we need a big area (of the brain) when we use our fingers. It is very, very good and effective to the brain," said Koi, who reached the final 16 of the individual table soccer event in Tokyo and was part of the Japanese team that finished third. 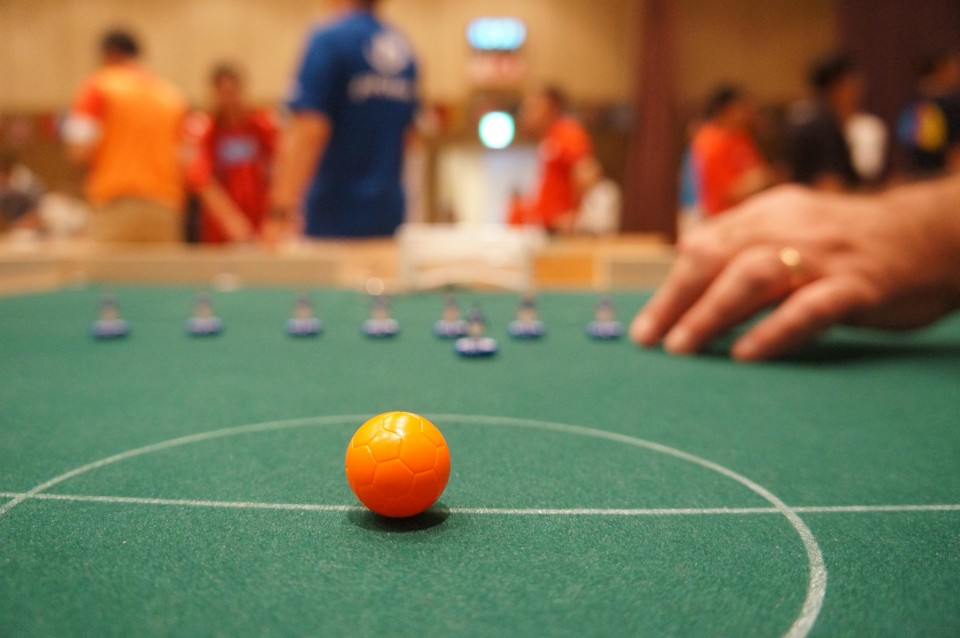 Working at the Yokohama City University Hospital, Koi said he introduced the game to his patients and had such positive results that he documented his findings in a peer-reviewed paper entitled "Broadening the range of physical activity through table soccer."

He said that as well as the physical benefits of the game, the inclusion of a soccer-based activity proved highly motivational for his patients who "cannot kick because they cannot walk." But with table soccer, their fingers allow them to run free.

If Koi needs any advice about how best to spread the game outside of hospitals in Japan, he has a brains trust at the ready in the form of his Singaporean counterpart Tan Kok Wee and a long-time Australian Subbuteo evangelical Steve Dettre.

Tan, who in addition to being a handy "flicker," is president of Singapore's table soccer association. At the competition in Tokyo, he did the trifecta -- taking his country to victory in the nations' cup, the club event and then winning the individual open tournament, beating his friend and sometimes rival Koi along the way.

So, does that make Singapore Asia's powerhouse table soccer nation?

"If you are going by the results you can maybe call us the best, but the competition is very tight," said Tan. "It's very close, especially with Australia. Japan is coming up very well, too".

"Japan is coming up fast, in Singapore we're still relying on a bit of history, a lot of ex-players. Singapore was very popular in the 80s and 90s, Japan just came up in 2012."

Tan said Singapore's much longer history with the game gives his association an advantage over the likes of Japan, but that he still has a lot of work in front of him because interest dropped off when the game ceased being widely available in stores.

"We are of course trying to introduce the game to youngsters. From there we have been bringing up 40 or 50 regular players right now. We are trying to rebuild something that was lost," he said.

"By the winning profile we can get, (we can show) the new generations that this is not just another board game, a game that you play at home, there is competition, real competition, and in fact Singapore at this point in time is at the top in Asia." 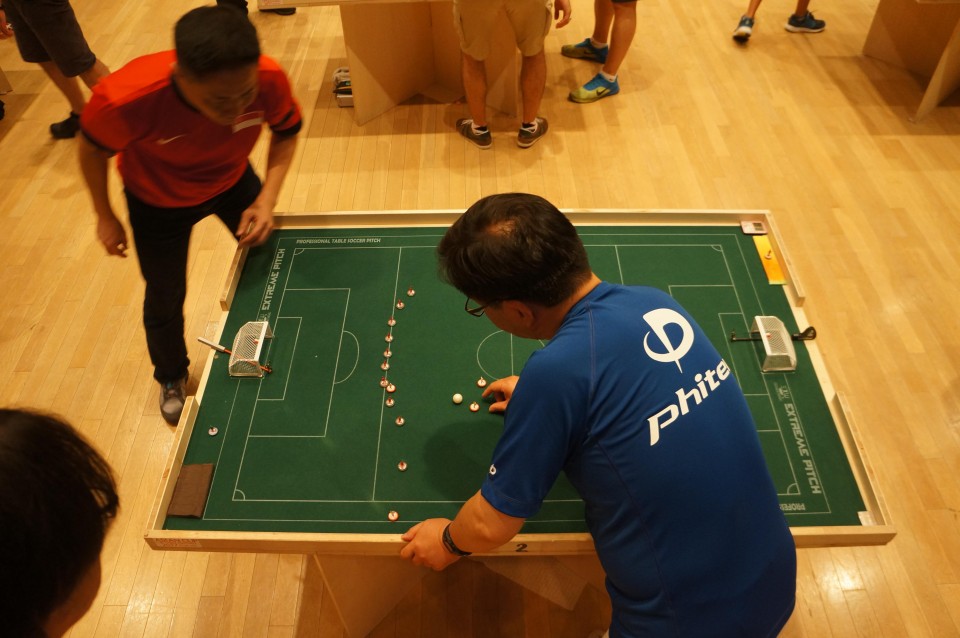 From his base in Sydney, Dettre says he has been envisioning a more formalized, almost professional approach to the game. He wants the Asian Cup, which currently is held concurrently with a round of the global Grand Prix, to be held on its own.

In order to realize this vision, he was key to the formation of the Asian table soccer federation.

"The Europeans used to have a European championship, but now the World Cup is every year and a lot of people are saying well maybe the (it) shouldn't be every year, because it is a real drain on everybody's resources because it is always held in Europe."

Part of this new structure is the appointment of a president of the Asian federation, and Dettre said Koi will be given the "honor" of being announced the first, because "he's put a lot of work in."

So now, in addition to helping his former patients, encouraging kids to get involved through giving lectures at schools, Koi has the added responsibility of overseeing the game's future in Asia.

"Nowadays the younger players (are coming in), they will be top and I think in the future they will go to the World Cup and beat the European players," he said when asked about his vision.

With all his work to put on the first Asian Cup in Japan resulting in a big success, Koi was a happy man.

"It's just like real football...I start this in Japan, so I have kind of pride here."