Square-shaped watermelon shipments began Wednesday in a western Japan city where the product has become widely known for its rarity and is attracting interest even from overseas.

The watermelons shipped from Zentsuji on Japan's Shikoku main island are not edible and purchased generally as ornaments at such places as department stores and fruit shops. Their sides measure about 18 centimeters in length.

This year, a total of about 400 watermelons are planned to be delivered to wholesalers by early July with a wholesale price of around 10,000 yen ($89) per fruit. Orders and inquiries have also arrived from countries like Canada, Russia and Turkey in recent years, according to local agricultural officials.

The production of watermelons started about 45 years ago in the Kagawa Prefecture city. They acquire their cube shape from being grown in plastic containers before being harvested unripe.

Growers in Zentsuji say about 20 percent of the total harvest is not suitable for shipment because forming watermelons into a "beautifully square shape" is a difficult task.

"This year, we were blessed with good weather and able to produce a lot of good ones," said Toshiyuki Yamashita, a local grower. "I would like people to enjoy looking at these watermelons and feel like they are getting a summer breeze." 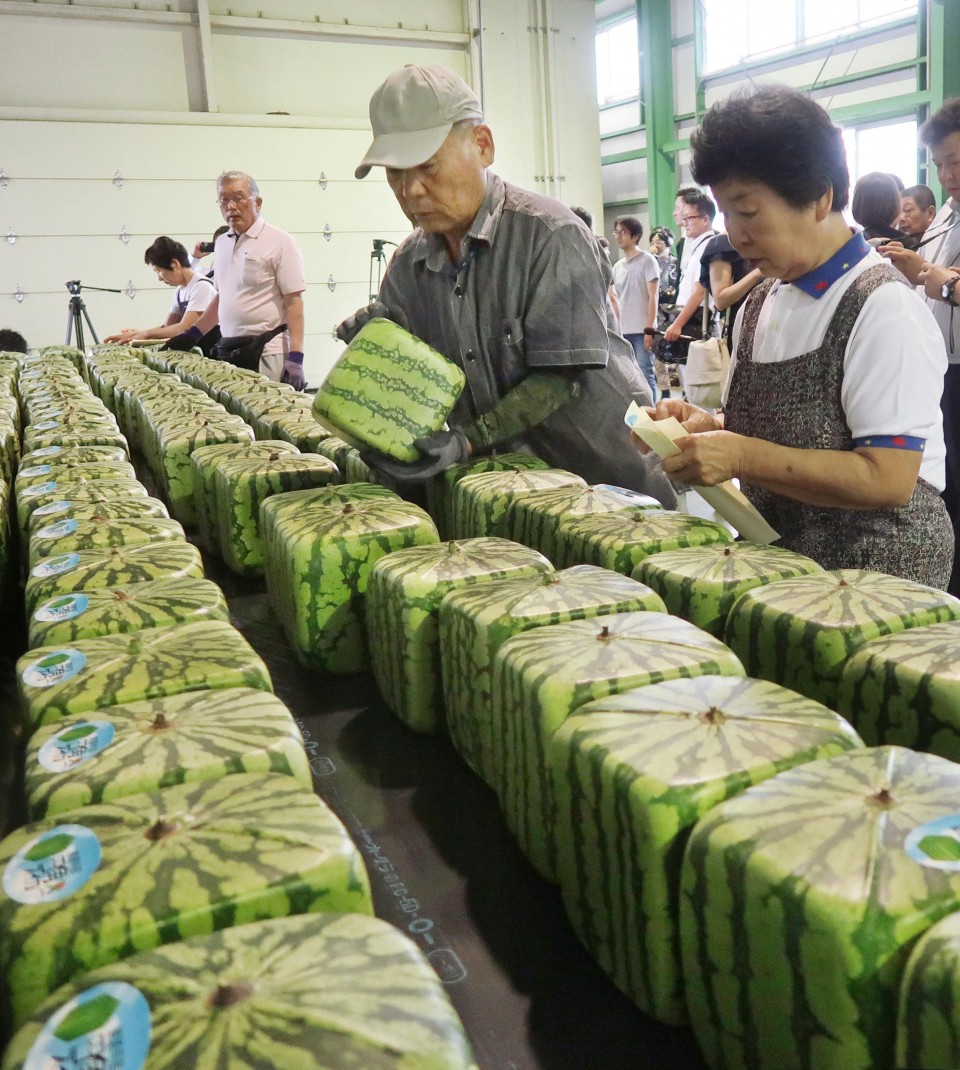