What's in a name? Nagasaki 'toruko rice' continues to mystify 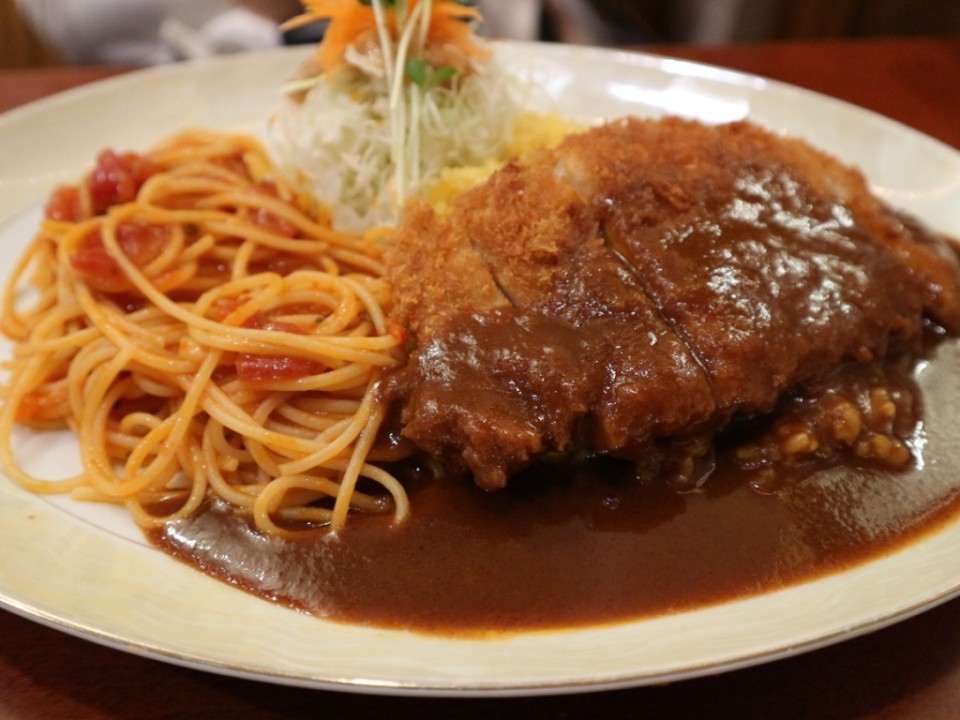 Japan is obsessed with food.  You can know this because food (along with souvenir shopping) is typically item No. 1 on the menu of any Japan-made travel itinerary, domestic or international.  Regional food items in Japan in particular, have been so ingrained into the collective conscious of the nation that mere mention of a particular region is to be presented with a set of "must eats". Case in point, Nagasaki = champon. It’s the kind of high concept descriptor that would make Jerry Bruckheimer proud.

But while champon takes top billing of Nagasaki cuisine and castella the default setting for a souvenir from the city, Nagasaki’s ‘other’ dish, toruko rice (トルコライス) can lay claim to be the city’s most mystifying.

Quite why トルコ / toruko / Turkey (as in the country) should have been tagged into the name of the dish remains a mystery to this day.  During Japan’s sakoku period of national isolation Nagasaki was the country’s only permitted outlet for trade and influence from Europe, in the form of the Dutch. Prior to that it was the Portuguese who established a foothold of sorts in the region.  Neither nation however, is strongly associated with spaghetti, rice, or deep fried pork, and the annals of Nagasaki history make no mention of cross-cultural exchange with Turkey.

There are a number of theories out there in the ether as to the origins of the name, none of which convince …

There’s the one about the three ingredients resembling a flag of three colors giving birth to the name トリコロールランチ / torikoro-ru ranchi / tricolor lunch.  The トリコロ bit then being truncated into トルコ.

A personal favorite is one that employs a bit of loose geography - that pilaf comes from China (although ancient Persia and India might have something to say about that), spaghetti comes from Italy and well, Turkey sits between the two (as do Ukraine, Iran, Bulgaria … we could go on).  This fanciful theory misses out the gaping fact that Turkey, being predominantly Islamic, might not take too kindly to the idea of a slab of pork sitting on dish with their name on it.

Of course, lest we forget, our hosts have always had something of a fetish for foreign languages, particularly those from the West, and are continually guilty of harassing them into bizarre repose and slapping them up in neon despite the puzzled looks and exasperated sighs from the nation’s expats. トルコ doesn’t make any sense?  Well, file it in the extensive list of similarly troubling foreign-language usages in Japan.

Amidst any number of claims as to the origins of the name toruko rice in Nagasaki, everyone seems to be paying scant attention to the greatest mystery of them all - why anyone would have thought to put the three items together on one plate in the first place and then turn it into a regional dish of great pride?

Perhaps, in toruko rice, what we have is a utilitarian approach to cuisine, the application of simple math to create the most happiness for those that like all three constituent parts - pilaf + tonkatsu + spaghetti = even happier.  In this way the dish might be said to similarly follow the construct of its name.  Maybe it doesn’t make any sense, but we like it just the way it is, thank you very much.

And what could be wrong with this?  Probably quite a lot, for those who might consider themselves connoisseurs of the finer things in life, for the rest of us though, toruko rice might be best translated as "good honest grub", or “soul food”, to use Japanese parlance.

Whatever the spark of ‘inspiration’ that resulted in the birth of this dish, it’s appropriately ‘Nagasaki’ - quite different from the rest of Japan in its delightful, sometimes confusing, blend of international influences, all in one serving.