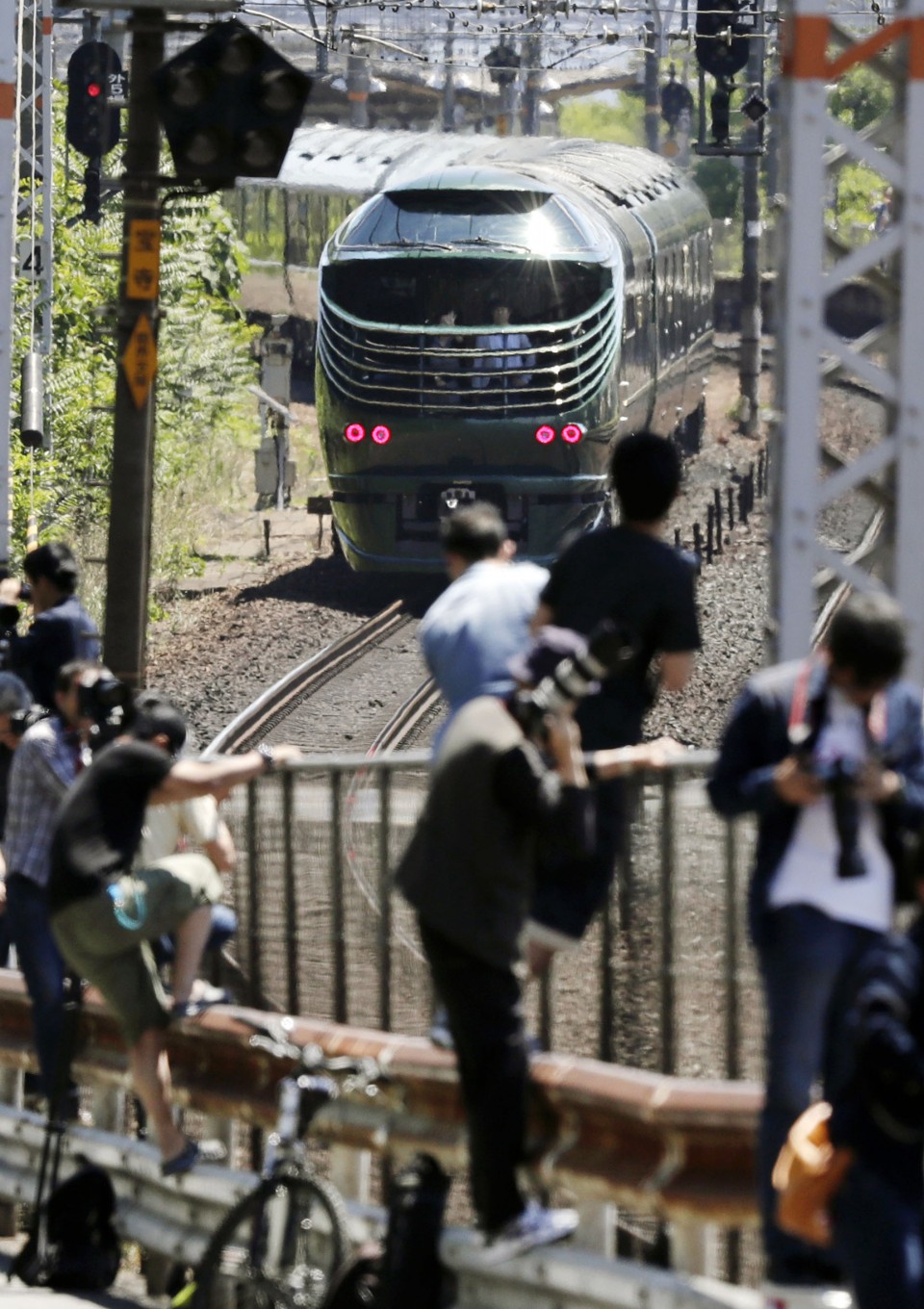 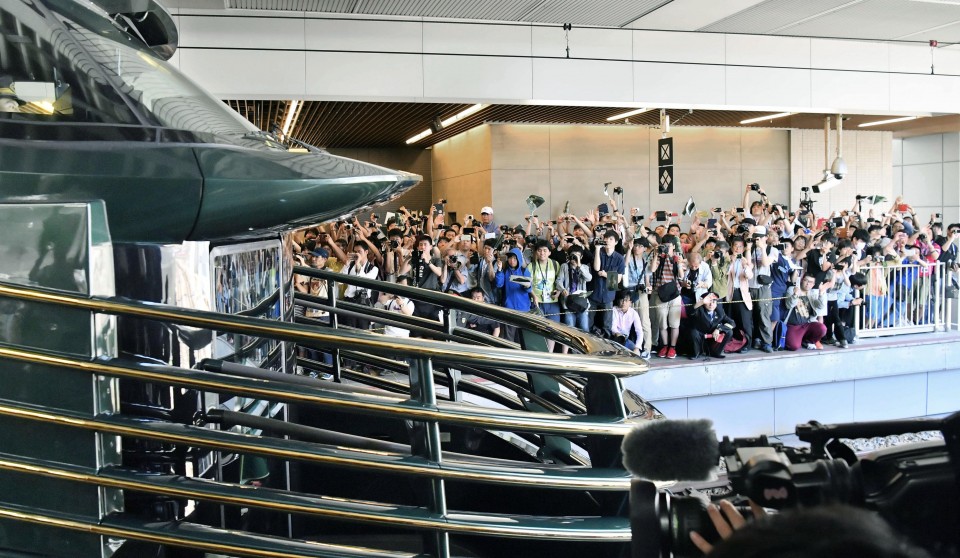 People on the platform saw off the train on its first journey at JR Osaka Station in Osaka. 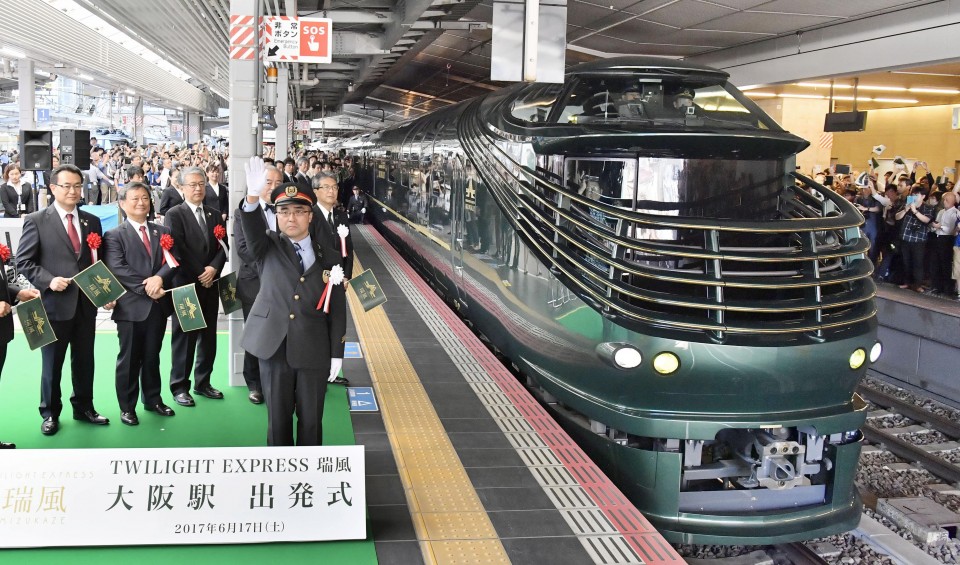 According to the company known as JR West, there were a total of 2,022 applications during the initial round of reservations for tickets for the 368 rooms available between June and September. 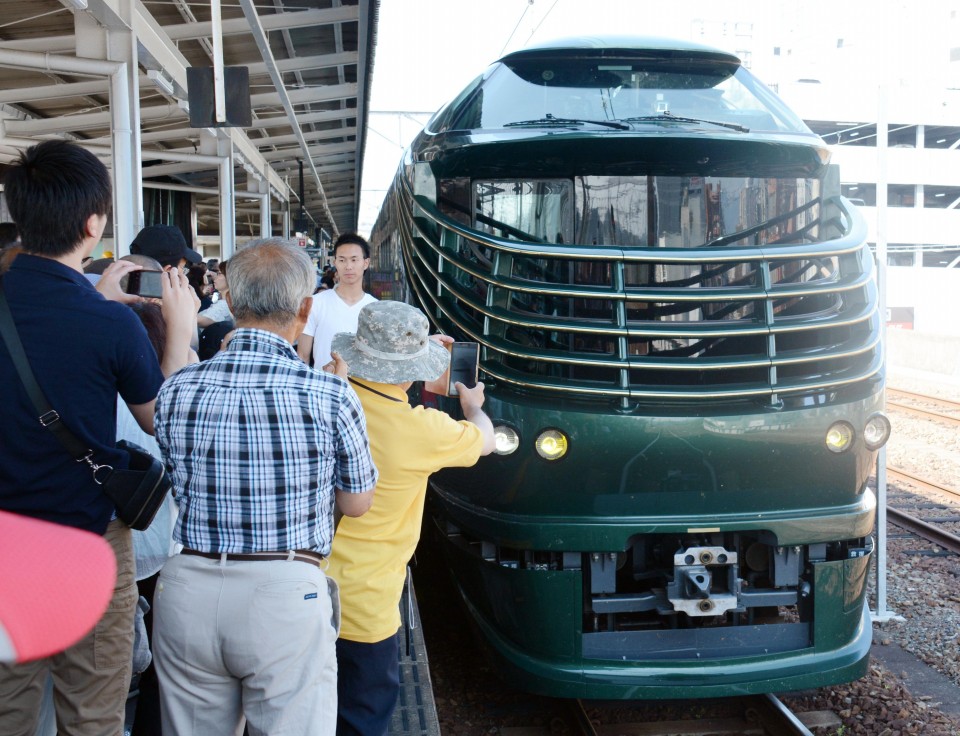 On June 18, the train arrived at the last stop of its first journey, JR Shimonoseki Station in Shimonoseki, Yamaguchi Prefecture, where it was welcomed by local people. 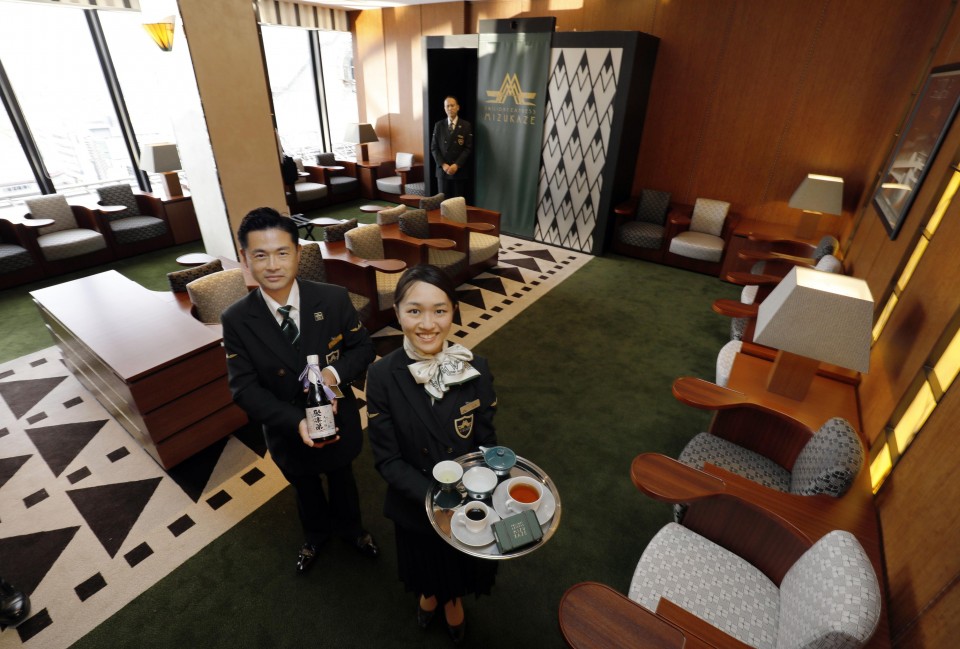 In Kyoto, the service provides a lounge for passengers, located inside Hotel Granvia Kyoto, which is directly linked to JR Kyoto train station. 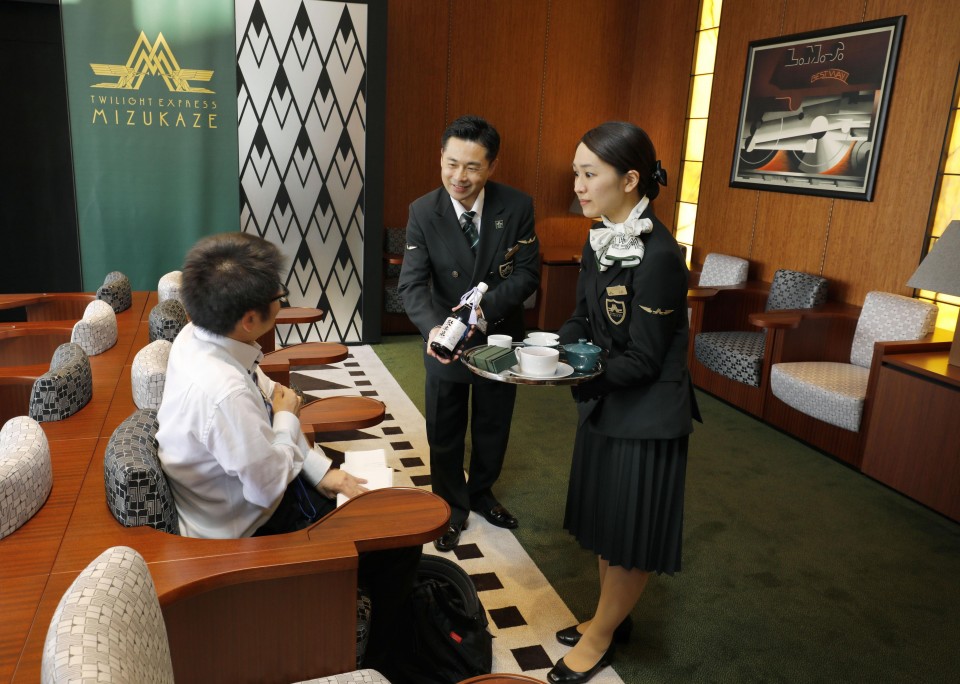 JR West unveiled the 10-coach luxury service in February, 2017, generating a buzz four months ahead of its launch. 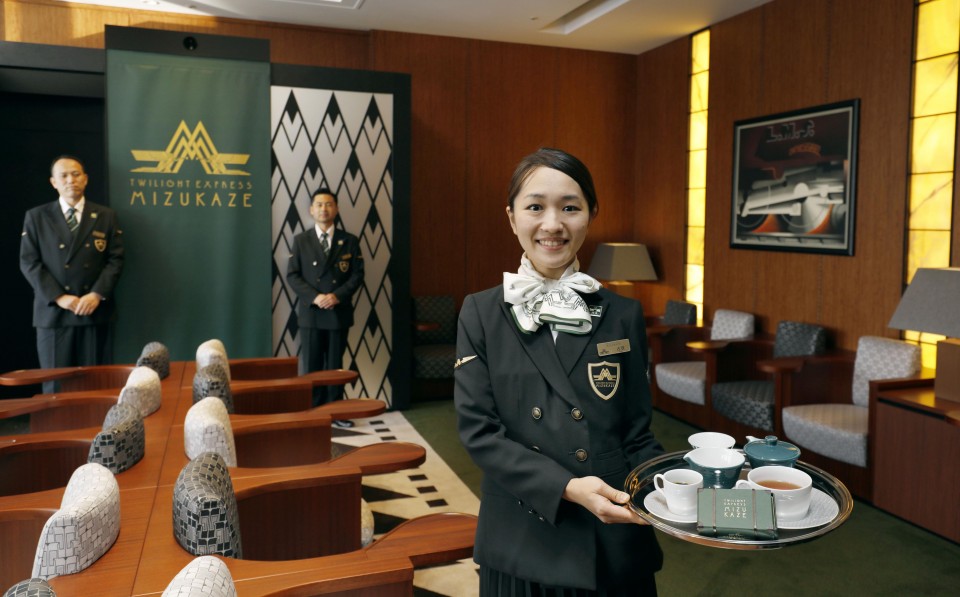 "The train realizes the concept of a hotel running through beautiful Japan. We hope to offer a new standard of rail travel," JR West President Tatsuo Kijima said as he introduced Mizukaze to the press at the time.

Mizukaze runs from Kyoto and Osaka to Shimonoseki and return via coastal areas facing the Sea of Japan, offering passengers a one- or two-night tour.