Japanese Prime Minister Shinzo Abe and his Vietnamese counterpart Nguyen Xuan Phuc affirmed Tuesday in Tokyo they will work together so that the Trans-Pacific Partnership trade agreement can take effect rapidly.

While the leaders put the agreement on paper in the form of a joint statement on their "broad strategic partnership" released after the meeting, the statement did not indicate that Abe and Phuc had reached a consensus on whether they want the TPP to take effect without the United States, which pulled out of the pact in January. 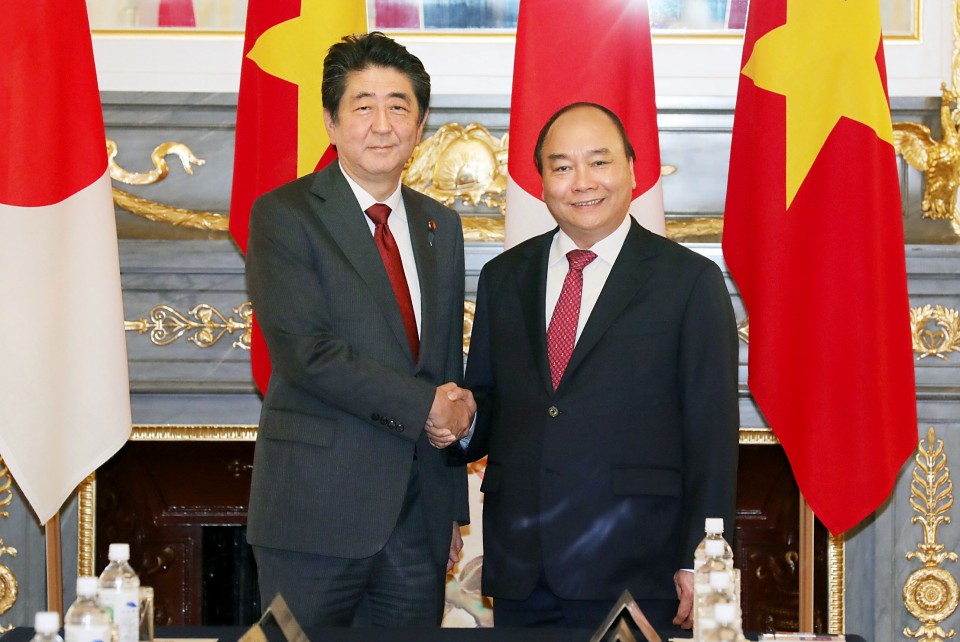 "Amid a current of protectionism and anti-globalization, Prime Minister Phuc and I will promote free trade and investment together," Abe said at a joint press appearance after the talks.

"I am in complete agreement with all of the opinions (Abe) has just expressed," Phuc replied.

The trade ministers of the 11 remaining TPP signatories without the United States agreed in Hanoi late last month to complete by November, when the TPP leaders are set to meet on the margins of the Asia-Pacific Economic Cooperation forum summit in Vietnam, an assessment of options for bringing the deal into force.

Japan has joined other signatories in advocating the implementation of an 11-party TPP, but Vietnam appears reluctant to accept the loss of benefits it was expecting from enhanced trade with the United States.

Japan has already completed domestic procedures to ratify the TPP, while Vietnam has yet to do so.

In their talks at the Akasaka Palace state guesthouse, Abe and Phuc affirmed their cooperation toward making November's APEC summit a success.

In the joint statement, the leaders agreed to step up their cooperation in defense and security, energy, education and responses to climate change.

They also expressed "deep concern" about developments in the South China Sea, calling for countries involved to refrain from unilateral actions including militarization, in a veiled reference to China's activities there.

Vietnam is one of the nations engaged in a territorial dispute in the sea with China, which has been reclaiming land and building military facilities there to bolster its claims.

The South China Sea is important to Abe due to the significance of key shipping lanes in the area, and in light of Japan's own row with China over islets in the East China Sea controlled by Tokyo but claimed by Beijing.

"Vietnam welcomes and supports Japan's efforts and initiatives to ensure economic prosperity, free trade and freedom of navigation at sea, respecting independence and sovereignty in line with international law and the U.N. Charter," Phuc said.

Abe and Phuc witnessed the exchange of documents for Japan's contribution of a total of 100.3 billion yen ($913 million) in loans for Vietnamese water management systems, science and technology research and coast guard activities, including the provision of six patrol vessels.

"Japan will strongly support Vietnam's maritime law enforcement capabilities, including through the contribution of new patrol vessels," Abe said after the meeting.

They also agreed that the international community should intensify pressure on North Korea to halt its nuclear and ballistic missile development.

Earlier Tuesday, Phuc met Emperor Akihito and Empress Michiko at the Imperial Palace in Tokyo. The imperial couple last met Phuc when they visited Vietnam in February and March.

The Vietnamese leader, on his second visit to Japan since taking office in April last year, arrived on Sunday and is set to leave on Thursday. 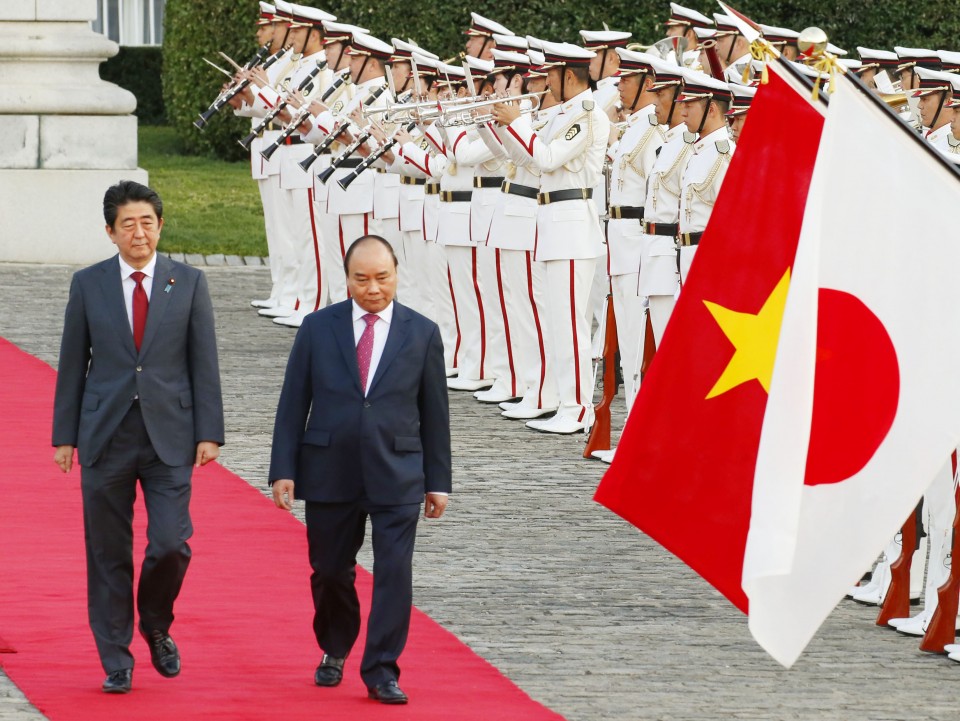