Olympics: Children to vote on 2020 mascot to be announced in March

The winning design of the public competition for the official mascot of the 2020 Tokyo Olympics will be announced in March next year with elementary school children having a say in the judging, the games' organizing committee said Monday.

The winner of the competition, whose entry period is from Aug. 1 to 14, will receive a prize of 1 million yen ($9,000) and an invitation to the opening ceremonies of the 2020 Olympic and Paralympic Games.

The process to determine the mascot's name will be kept separate from the design competition with the name being announced as part of the official unveiling, scheduled for July or August 2018.

"As with the emblem, we have decided to go to the public in choosing our mascot," said former Japanese Prime Minister Yoshiro Mori, Tokyo's chief organizer. "Japan is known to the world for its colorful characters. The mascot will be symbolic of Tokyo 2020 and the world will be watching with great interest."

"Kids will tell you how it really is. Their opinions should count for the most," he said.

For what organizers say is the first time at an Olympic or Paralympic Games, children will have a hand in the selection of the mascot.

Every classroom from every elementary school nationwide -- of which organizers estimate there are 20,000 schools with 270,000 classrooms -- will have a vote once the three or four finalists are announced in early December.

The voting will be held from mid-December to January. The finalists will be chosen by a 17-member selection panel as part of an eight-step process that will end with the approval of the 2020 executive board.

"For all the elementary schools around the country to come together and to be involved in the process will allow children to understand how the Olympics and Paralympics operate, and that will be a legacy in itself," Olympic minister Tamayo Marukawa said.

"It will be like a gift to them, and they will remember it for the rest of their lives which will be wonderful. We want as many children to take part in the mascot selection process (as possible)."

After eight meetings of the selection panel, the organizing committee on Monday released the details of the competition, which will be open to Japanese citizens and foreigners with residency in Japan.

A design each for the Olympics and the Paralympics must be submitted per application from six different angles as well as with two facial expressions and a narrative outline.

Panel member Kazuhiko Torishima, former managing editor of the weekly comic magazine Jump who worked on the best-selling manga "Dragon Ball," said it is on the organizers to make sure children are heard properly and accurately.

"Kids' minds work differently from adults'," Torishima said. "As a member of the panel, I like to think my job is to help bridge that gap. We had Mario travel all the way out to Rio to welcome the world, so there's no way we can have a lame mascot for Tokyo." 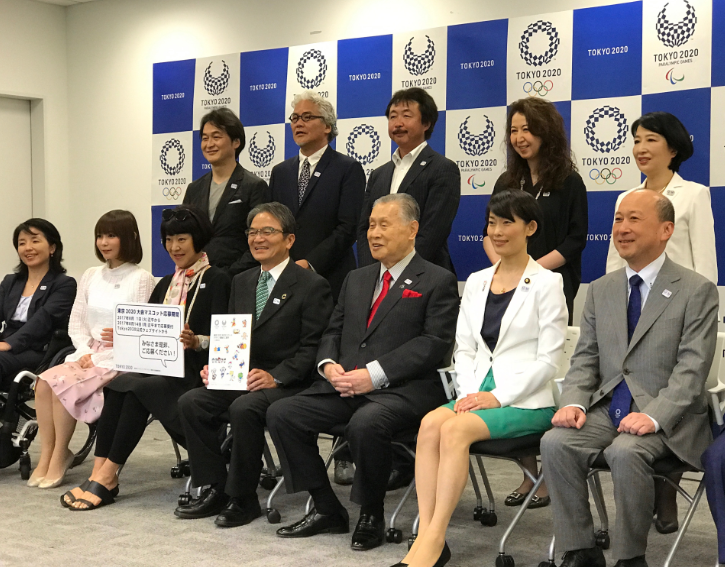