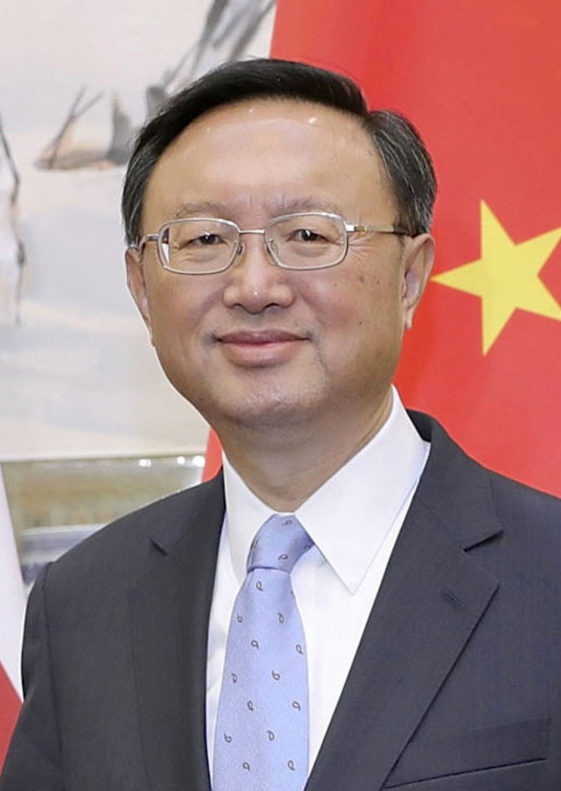 Chinese State Councilor Yang Jiechi, who occupies a post equivalent to a deputy prime minister and superior to foreign minister, is expected to meet Abe during his visit.

Abe told a Japanese television program on Monday that he hopes to meet Xi on the sidelines of the Group of 20 leaders' summit in Germany in July, which both leaders plan to attend.

It would be Abe and Xi's first sit-down since their meeting in November last year in Peru.

Yang, who last came to Japan in October 2015, is also expected to meet Shotaro Yachi, head of the secretariat of Japan's National Security Council.

The visit will take place as the two countries this year mark the 45th anniversary of the normalization of diplomatic ties.

According to the sources, both governments had affirmed by mid-May that Yang would visit Japan to lay the groundwork for the Abe-Xi summit.

In meetings with Yang, Japanese officials are expected to ask for China's cooperation in putting pressure on North Korea, which continues to develop nuclear weapons and ballistic missiles in defiance of U.N. Security Council resolutions.

China has called for the resumption of talks between North Korea and five other countries aimed at denuclearizing the Korean Peninsula.

But Japanese officials are likely to reiterate Tokyo's stance to Yang that "dialogue for dialogue's sake is meaningless," citing the lack of concrete efforts by North Korea toward denuclearization.

The uninhabited Senkaku Islands in the East China Sea, controlled by Japan but claimed by China, may also be on the agenda during Yang's visit.

Chinese vessels have repeatedly sailed near the isles, which China calls Diaoyu.

Japan is expected to appeal to Yang for the establishment of a bilateral communication mechanism to avoid accidental clashes at sea or in the airspace between the countries.

Japan and the United States, the primary backers of the decades-older Asian Development Bank, are the only members of the Group of Seven countries yet to join the AIIB.

Abe said Monday that Japan could consider joining the AIIB if various questions are resolved, including the environmental impact of projects funded by the bank.