China's President Xi Jinping on Sunday called for a new type of international relations and pledged to offer massive funds toward this end, as he opened a meeting with leaders from nearly 30 countries in an attempt to expand economic links along and beyond the ancient Silk Road trade routes.

Xi in his keynote speech said that the ancient Silk Road was built with the spirit of "peace and cooperation," much like the modern-day version China wants to create, and his vision will not "repeat an outdated geopolitical game."

With the aim of forming a "big family of harmonious coexistence," instead of a "small group that will be detrimental to stability," Xi pledged additional Chinese funding for the initiative amounting to 780 billion yuan (about $113 billion). 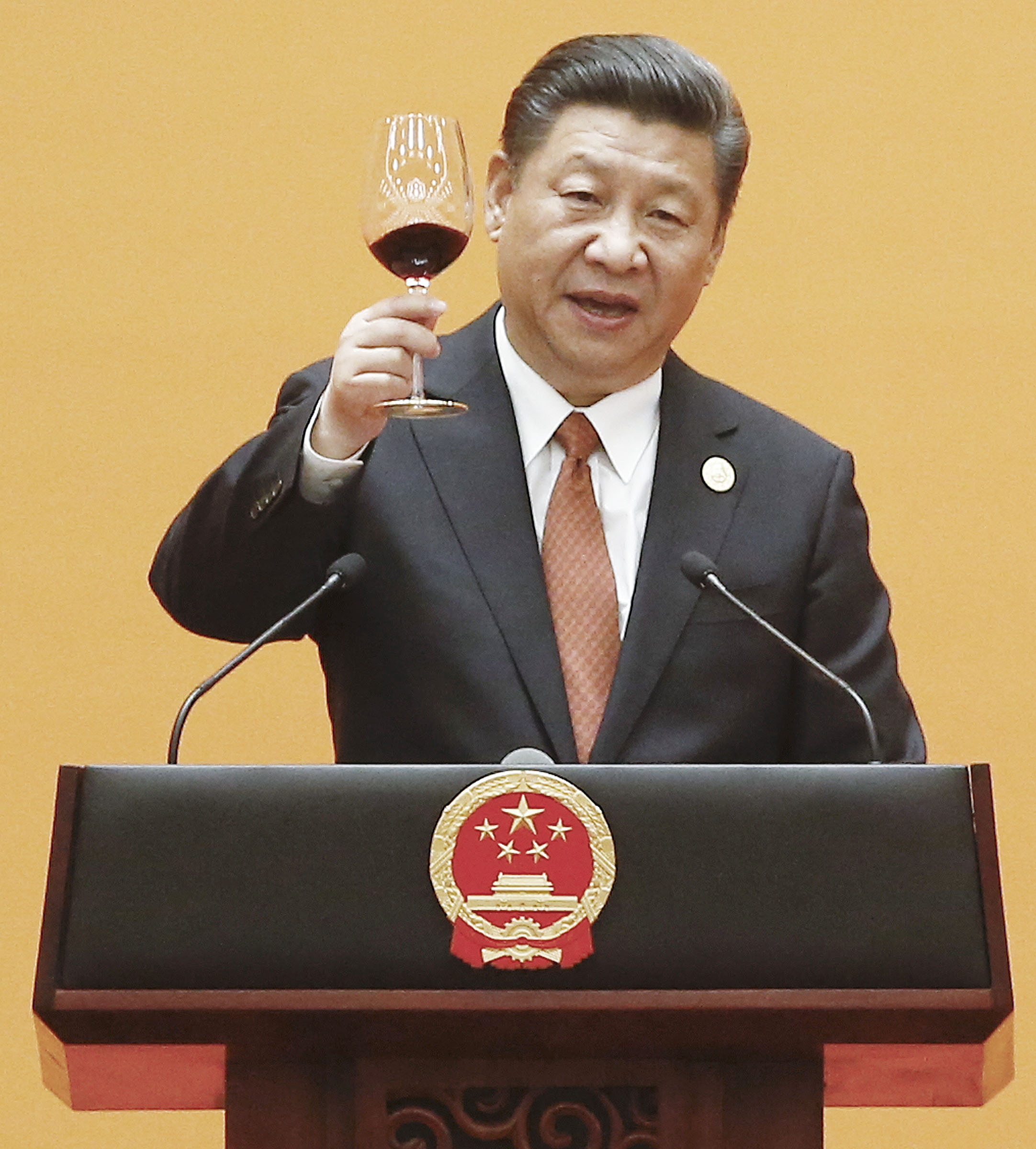 The package includes new lending totaling 380 billion yuan by two Chinese government-affiliated banks and an additional contribution of 100 billion yuan for the Silk Road Fund set up in 2014.

In addition, Xi said China will provide 60 billion yuan worth of assistance to developing countries and international organizations joining his initiative to roll out more projects.

"We should build a new type of international relations with win-win cooperation at the core, and we should forge partnerships of dialogue with no confrontation and of friendship, rather than alliance," he said.

For the two-day gathering in Beijing, China has secured the participation of Russian President Vladimir Putin, Philippine President Rodrigo Duterte and 27 other leaders, as well as heads of international organizations and representatives from over 100 countries on five continents. 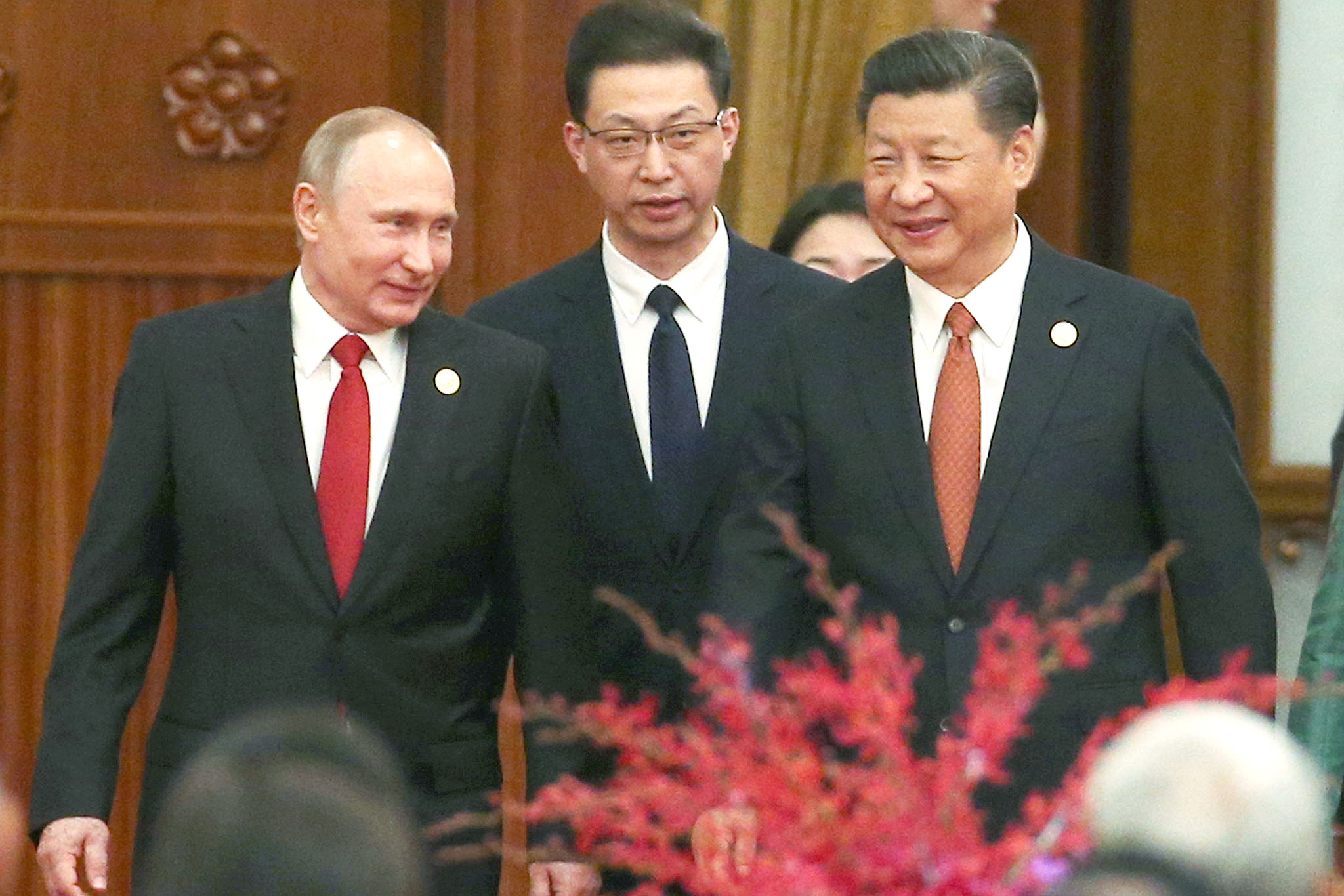 The leaders are prepared to declare in their communique to be released Monday that Xi's initiative has provided fresh opportunities and impetus for international cooperation.

"It helps to usher in a new era of globalization that is open, inclusive and beneficial to all," a copy of the draft obtained by Kyodo News said.

The document said they "welcome and support" Xi's signature policy and mapped out a set of "cooperation principles" to move forward his vision.

The principles included "market-based" operations, while "ensuring that the government performs its due role" and honoring of the U.N. Charter, when carrying out projects.

China organized the summit and its related meetings before this fall's twice-a-decade congress of the Communist Party, a move widely seen as aimed at raising Xi's profile as a world-class statesman at home before he begins his second term, with more allies of him most likely coming in.

However, in spite of China's careful arrangement of the conference, North Korea just hours before its opening fired a ballistic missile. The launch could be seen as a loss of face for Xi.

While U.S. President Donald Trump's protectionist inclinations have injected additional uncertainty to the world economy, Xi has sought to represent China as a new champion of globalization and has shown great readiness to put hundreds of billions of dollars into infrastructure projects in Asia, the Middle East, Europe and Africa.

In an apparent attempt to dispel fears among some countries over China's fast-growing clout, Xi said his endeavor of enlarging regional connectivity has no intention of interfering in others' internal affairs.

"Each country should respect each other's sovereignty, dignity and territorial integrity, each other's development path and social system, and each other's core interests and major concerns," he said.

Despite that, China's regional rival India issued a statement on Saturday expressing reservations about Beijing's real objectives, as the China-Pakistan Economic Corridor, a major part of the Silk Road programs, passes through the Pakistani-held part of the fiercely disputed Kashmir region.

The most high-profile participant from the West was Italian Prime Minister Paolo Gentiloni. Not many major economic powers, including Germany, Japan and the United States, sent their leaders to the first meeting of its kind by China, officially called the Belt and Road Forum for International Cooperation.

"The forum is just a show and a fanfare for the Chinese president," a Western diplomat in Beijing, who declined to be named, said.

As is often the case for important political events, the Chinese capital has seen an extraordinary long spell of blue skies as well.

Xi first put forward the idea for a Silk Road Economic Belt and 21st-Century Maritime Silk Road in 2013. If combined, the two are collectively known as the One Belt and One Road initiative.

Skeptics say that the initiative is mainly intended to help China enlarge its sphere of global influence and create new sources of growth for its own economy through building a vast network of infrastructure, such as fuel pipelines, ports, railways and roads.

They also note that the scheme is aimed at spurring growth in its less-developed border regions by binding them more closely with neighboring countries.

China has said the initiative is open to all countries, but it has identified at least 65 countries along its modern version of overland and sea Silk Road trade routes, accounting for 60 percent of the world's population and 30 percent of its total gross domestic product.

The initiative is so far loosely defined and little more than a patchy sum of all kinds of infrastructure projects that China had launched in those countries.

In 2016 alone, Chinese firms signed $126 billion worth of contracts for projects along the Belt and Road, up 36 percent from the previous year, according to official data.