"People say 'rock is dead.' It's not dead. I think it's about to come back -- as long as there are some people like me, somebody crazy, still doing it."

Fresh from a live show at London's Wembley Arena, and days after the release in Japan of a documentary charting the rise of his band, X Japan, drummer and band leader YoshikiHayashi says he has no intention of taking things easy, despite having been at it for well over 30 years.

"I'm afraid of stopping. I was very suicidal after my father took his own life...the only way to keep living was not stopping," the 51-year-old, usually known simply by his given name, told Kyodo News.

"In order for me to be existing, I need to keep on just moving forward, to keep on challenging."

X Japan boasts record sales figures of more than 30 million in Japan, making the band the most successful domestic heavy metal act in the country.

For Yoshiki, however, conquering Japan has now given way to the lure of foreign markets in terms of goals for the band.

While London fell under X Japan's spell earlier in March, Yoshiki has his sights firmly set on the United States, his home for the past 20 years.

"We are not doing this band to break the American market, but since we are doing it we might as well just break that," he said, while acknowledging that, as a foreign act, his aim may be even harder to achieve. "I still have confidence. Where there's a will, there's a way."

Yoshiki, however, said the show in London feels like the band has "just opened the door" to making a name for themselves abroad, after years of being household names in Japan.

X Japan started in the early 1980s, and the band saw more than its share of upset in the years that followed.

A series of farewell shows marked the breakup of the group at the end of 1997, with vocalist Toshi opting for a life with a cult and guitarist Hide dying a few months later, ostensibly having taken his own life. 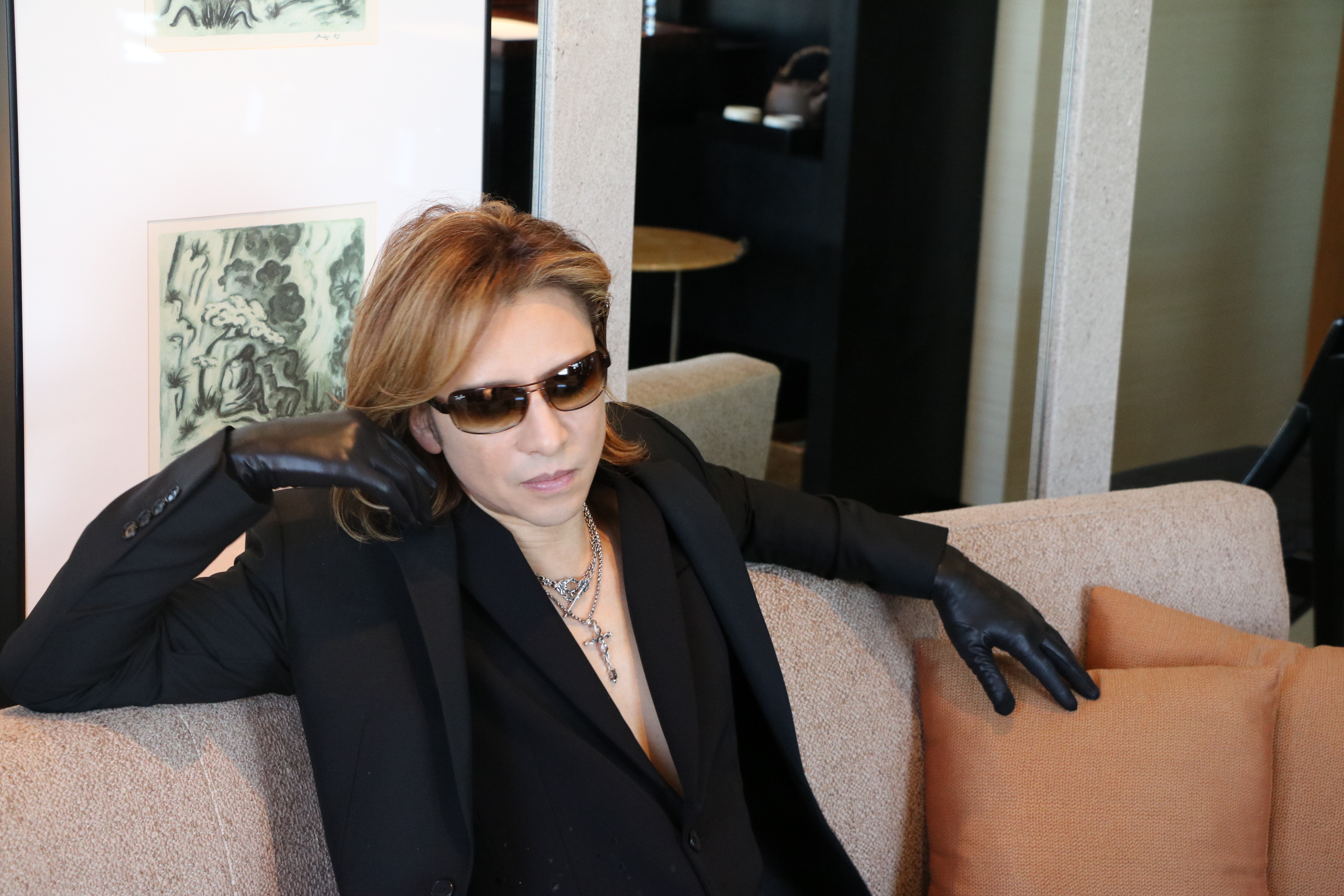 Ten years after the band reunited in 2007, a documentary film, "We Are X," has been released in Japan.

"More than 20 years ago, we were planning on releasing a documentary at some point, but eventually our band disbanded, we broke up, and our member Hide passed away. At that point, everything stopped," Yoshiki said, explaining the timing of the film.

He said that, after the group reunited, people began again to ask about a documentary telling the story of X Japan's rise to fame and subsequent drama.

"At the beginning it was very painful, but eventually it became very therapeutic...like talking to a psychiatrist," Yoshiki said of the interview process for the film. "It was kind of awkward...but eventually I opened the door, pretty much all the way."

Despite having much of the creative control of the band, the drummer said his only input into the documentary was its basic idea and one request: "please do not make this a horror film...please make this film positive somehow."

He stated that he wanted the film to help people, and as such he let the director decide what was used and what was left on the cutting room floor.

However, the film will soon give way to the band's next endeavor -- their first studio album in 20 years.

"It's going to be done in the next few months...it's just a matter of time," Yoshiki said. "All the songs are pretty much ready, just have to do mixing, mastering."

As to whether the album will mark a change of direction, or offer the same mix of fast-paced metal and slower rock ballads, he said "it's going to be recognizable, but at the same time the sound needs to evolve."

"Some of the songs fans may like, some of the songs may be too experimental," he said, adding that a conscious effort had been made to ignore comments found on social media networks, demanding the band follow one direction or another.

Despite the band and the music having aged 20 years since the last album was released, Yoshiki said he is not particularly nervous about the reception the record will receive on its release.

The album's groundwork began when the band reunited in 2007, and as time went on the idea of a new work that was half new songs, half old songs reworked with English lyrics, was mooted. Yoshiki said work progressed in that direction, but did not feel right, so the plan was scrapped in favor of an album of entirely new material.

When asked how long the band can keep going, he said it was impossible to tell.

"If we are sports athletes, of course we might have passed the peak...but Paul McCartney is still around, Mick Jagger, also the lifespan is getting longer and longer. We'll see," he said.

"We are still singing the same high notes, (playing at) the same speed...I don't know how long it's going to last, but so far, so good," he added, before returning to a more confident stance, claiming, "I think we are better than before."

But whatever happens, it seems clear that X Japan, and certainly Yoshiki, will continue existing and making music long after the completion of the next album, however it is received.

As Yoshiki himself said: "Rock is not only just a music format. It's more like a lifestyle."