A pair of premium mangoes from Miyazaki Prefecture in southwestern Japan fetched a record 400,000 yen ($3,675) at the season's first auction at a local wholesale market on Thursday, shattering the previous high of 300,000 yen set in 2014 and 2015.

High-end mangoes called "Taiyo no Tamago" (Egg of the Sun) weigh at least 350 grams and possess a high level of sugar content among other attributes, according to the Miyazaki Agricultural Economic Federation.

The pricey pair, cased in a container and weighing in at a total of about 1 kilogram, will be sold at a department store in Fukuoka, the biggest city in the Kyushu region. All together, 196 cases containing two mangoes each were auctioned off at the market in Miyazaki city on Thursday.

The agricultural federation expects shipping from growers to peak between mid-May and mid-June this season.

"We expect this year's shipping to increase 20 percent from last year in terms of volume. The crops are high quality and have outstanding flavors too," said Masahiro Hirose of the federation. 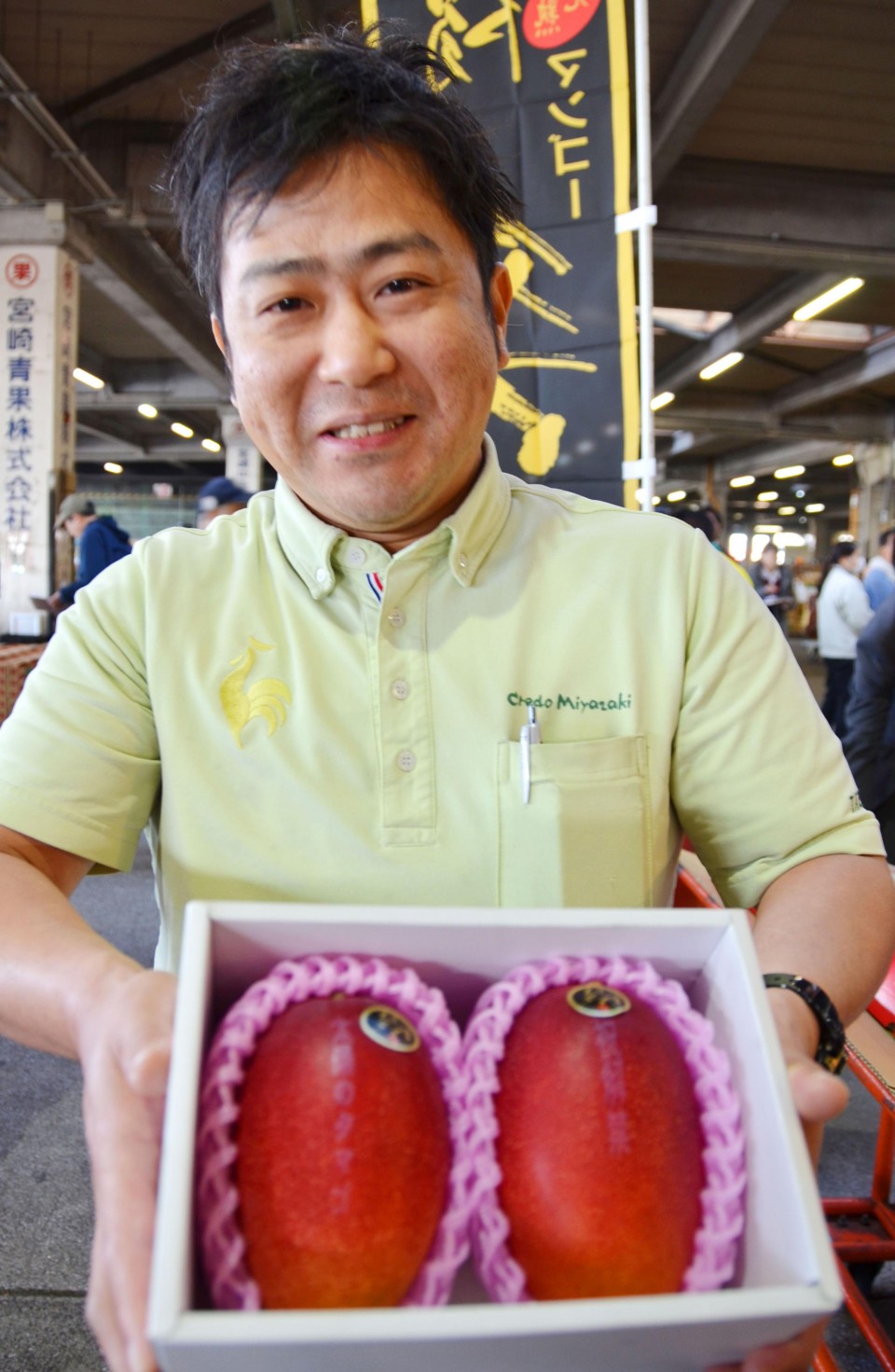