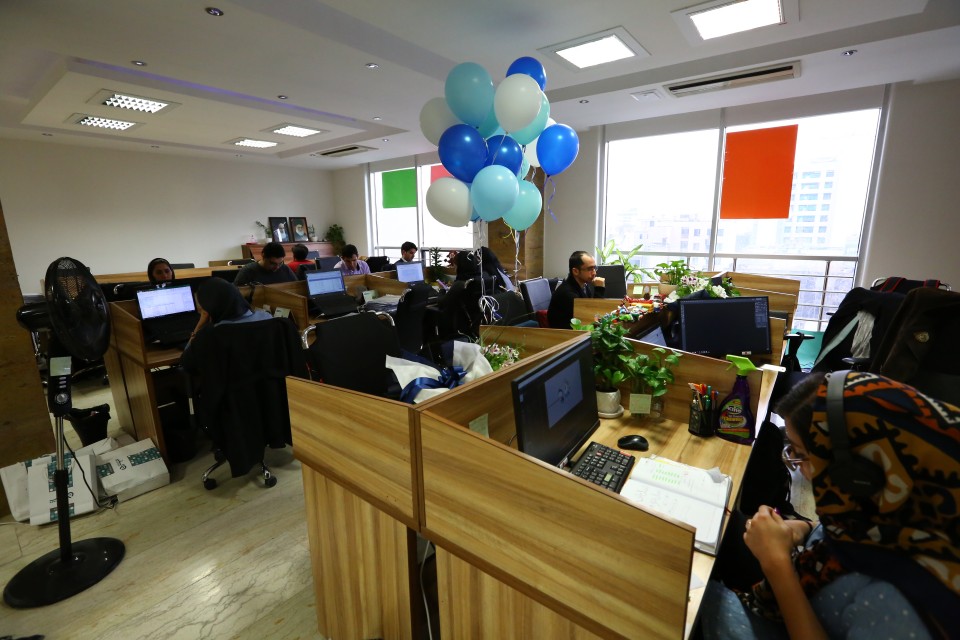 In a sign that Iran is becoming more receptive to Western culture and business models, young people in the country are embracing a homegrown, online taxi-hailing service modeled on the lines of immensely successful Uber in the United States.

The online cab service, known as Snapp, was launched in 2014 by a well-educated Iranian entrepreneur, with experience working in multinational companies, who returned to traffic-choked Tehran from Canada and identified a transportation market niche.

"Like any other start-up, the idea of Snapp was very simple: easy access to an affordable, quality, reliable transportation system, which we felt was needed in Tehran," Shahram Shahkar, the 32-year-old founder and CEO of Snapp, told Kyodo News.

Shahkar said Snapp is based on the Uber business model but is "being developed and localized by our own team."

His rapidly growing company has recruited around 300 graduate students from local universities to work at its head office in Tehran and it employs around 5,000 full-time drivers, with some 2 million registered customers.

Shahkar believes the online service will ease traffic congestion in Tehran because Snapp drivers need not cruise for passengers, wasting fuel in the process. They simply await online requests from passengers.

Ordinary taxi drivers in Tehran sometimes ignore meters and overcharge their customers, but this problem has been addressed by the Snapp team.

Similar to Uber, Snapp has upfront pricing, so customers can know the exact cost of their trips before requesting rides, and they automatically get receipts emailed to them after the trips end.

But Shahkar said Snapp also has "special features distinct from Uber," such as allowing passengers to calculate their ride fees based on their own pre-selected route.

And in addition to the price, receipts sent to customers also show the duration of the ride and the traversed distance. 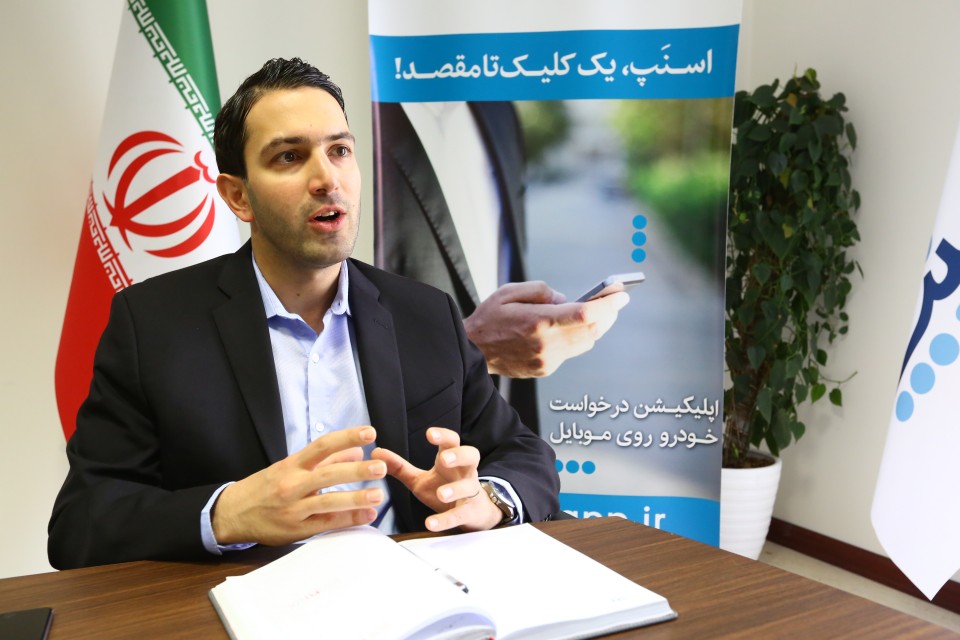 The service hopes also to increase the quality of taxi rides in Tehran through online customer assessment of drivers. Any drivers who do not meet the standard are asked to leave.

For Negin Hosseini, a 33-year-old Snapp passenger, the most important thing for her is "ride on a clean car with a polite driver and pay a fair rate." These conditions are met with Snapp, she said.

According to Hamed Jafari, co-founder of TechRasa, a media company that covers Iranian start-ups and helps give the country's entrepreneurs international exposure, the start-up movement here began about five years ago with only a few established firms.

"But now we estimate about 600 start-ups are working," he told Kyodo News, adding that the start-up "ecosystem" has developed significantly in recent years.

Jafari said more and more talented and educated Iranian young people are inclined to create start-ups, regardless of the political situation in and outside the country or the ups and downs of its economy.

As in other countries where online services have endangered traditional ways of business, many ordinary taxi drivers in Iran are unhappy about Snapp's services, with some even gathering in front of parliament once to ask legislators to stop it.

"Since Snapp has started its online services, our income has decreased. It should be stopped, and finally we will defeat it," said Reza Mehranfar, a 51-year-old yellow cab driver.

But the Snapp team says that customers will eventually become the winners of competition among transportation companies, and whatever company gives them better service will come out on top.

Snap, which plans to double its staff within a year, is currently operating only in Tehran and Karaj, a city located some 40 kilometers to the west of the capital, but it is expected to add two more large cities during the same period.

Despite authorities' denunciation of "decadent" Western popular culture over the last four decades of post-revolution Islamic rule, many Iranians are fond of it and eager to use Western-style services, be they in the transportation sector or elsewhere.

Snapp's office in northern Tehran is located in a business tower, much like those of modern start-up companies on New York City's Wall Street, and its employees sit in rows of cubicles with minimal partitions between them.

Even the CEO's desk is connected to others in the room, instead of him working behind protective secretaries in a room isolated from his employees.

Adding to the modern, Western vibe is a free coffee machine in the center of the office that can also make hot chocolate.