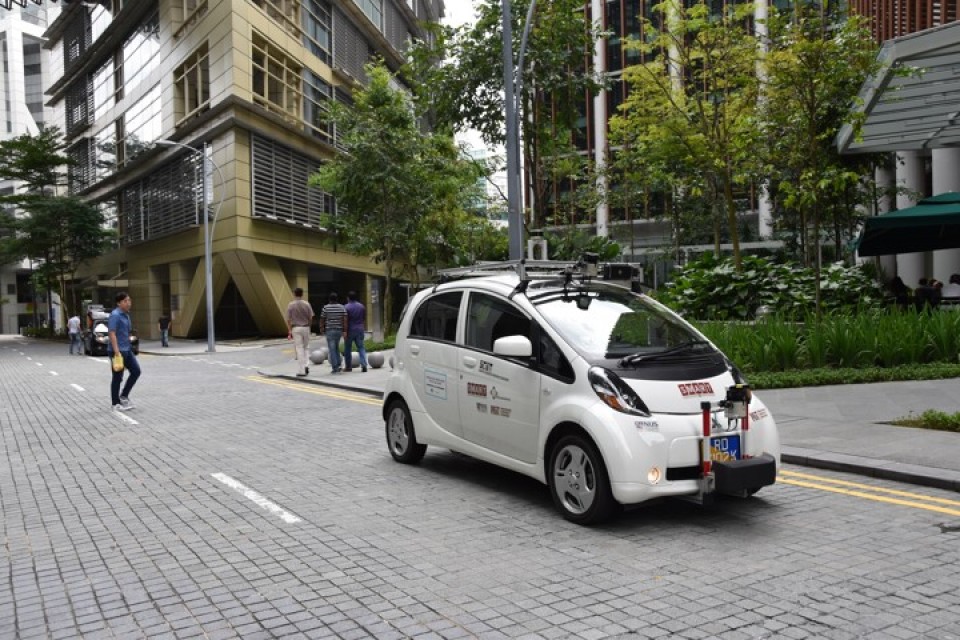 Self-driving vehicles may sound futuristic, but Singapore is already betting on them to drive the future of transportation in the wealthy city-state.

The idea is to deploy driverless taxis, buses, trucks -- and even utility vehicles that can clean streets and water plants along the city's motorways.

The government has invited foreign and local firms and research institutions to conduct trials here of self-driving vehicles, with the aim of eventually deploying them for public transport and a stream of other uses.

Unlike other countries where private-sector tech giants or automakers are the ones driving research and development of autonomous vehicle technology, in Singapore it is the government -- enthralled by the technology's potential in public transportation -- that is taking the lead to turn the dream into reality.

The Singapore government has identified deployment of autonomous vehicles as one pillar of its "Smart Nation."

The technology for autonomous vehicles is about 80 percent developed, leaving 20 percent yet to be accomplished, said Pang Kin Keong, permanent secretary at the Ministry of Transport, adding solving the problems that remain "is going to be harder than the first 80 percent."

The remaining problems include how autonomous vehicles deal with the unpredictability of human behavior and human drivers, as well as bad weather conditions such as heavy rain.

Still the hope is autonomous vehicles " encourage people to ditch their cars and move to public transport," freeing up space in the tiny city-state for other urban uses such as parks instead of carparks.

According to a 2011 study by the Massachusetts Institute of Technology, car sharing based on an automated system could potentially reduce the number of passenger vehicles in the city-state by two-thirds.

The majority of Singaporeans already use public transport in a country where government policy to curb car ownership has made the price of cars in the city-state one of the highest in the world.

"People have been saying (our) public transport system is not bad," Pang said. "But if I wanted to shift the last one third to public transport, I have to provide them with an even more valuable proposition in taking public transport." This includes improving "the first and last mile" journey from home to train station and vice versa. 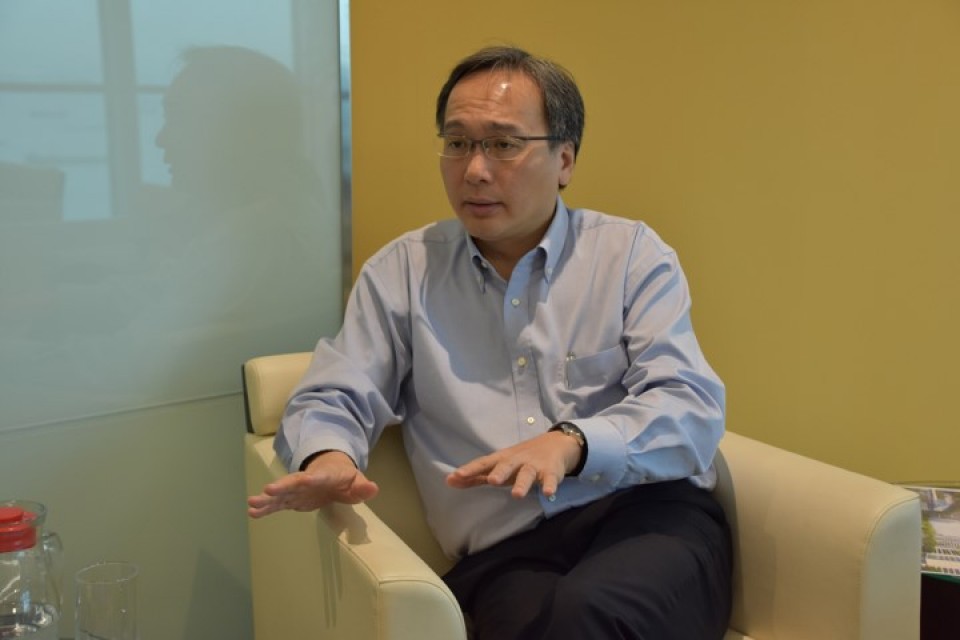 The government aims to begin limited deployments of autonomous vehicles for consumer use in four to five years, starting with a few buses in newer areas so that Singaporeans get a feel for what it will be like down the road, said Pang.

nuTonomy is currently testing six vehicles here and aiming for the commercial launch of its on-demand robo-taxi service in Singapore next year.

Kyodo News reporters recently took a ride in an autonomous car that is being tested by SMART at One-North. The small white Mitsubishi i-MiEV, a hatchback electric car, which had been converted into an autonomous car with the installation of some devices, glided at a cautious pace of about 20 kilometers per hour, much less than the 40 km speed limit in the area.

"We normally do 20-30 km" during test drives, said Eng You Hong, post-doctoral researcher in the SMART project who was one of two engineers in the car during the demo ride. As a safety precaution, there must always be an engineer behind the wheel and another engineer monitoring the software at this stage of the trials on public roads.

The car had been retrofitted with LIDARS, which act as sensors by emitting laser lights that are bounced back when they hit objects, enabling the car to make sense of its surroundings.

The car has a "270-degree field of view, much more than our human eyes can detect," Eng said.

The vehicle has also been fitted with a camera and a computer which is linked to a motor that controls the steering wheel and brake. It is able to slow down to avoid hitting unexpected obstacles such as jay walkers who might suddenly appear in its path.

Still, there was a button near the driver's seat to push to switch between automatic and manual driving mode. During the demo ride, the driver often placed his hands there as a safety precaution so that he could immediately take control in case of an emergency.

The ride, although generally smooth, was somewhat jerky at times. And to overtake another car, the driver needed to take control manual as the car is not yet able to perform that function. "We are still developing the algorithm," Eng said.

And this past January, the Ministry of Transport roped in Japan's Toyota Tsusho Corp. and Sweden's Scania to help develop a truck platooning system to transport containers between port terminals. The first phase of trials will be conducted for about a year by Scania and Toyota at their own research centers in Sweden and Japan before one is selected for the second phase of trials in Singapore.

Pang said the government also plans to launch trials later this year for the development of self-driving utility vehicles for cleaning streets and watering plants.

Singapore is playing an active role to help set up an international standard for the testing of autonomous vehicles. It has set up a Centre of Excellence for Testing & Research of Autonomous Vehicles NTU. It has a 1.8 hectare test circuit that can provide trials in a controlled environment with simulated conditions.

Yet aside from the remaining technological hurdles to overcome, there are also legal issues that need to be sorted out, such as liability for accidents involving self-driving vehicles operating on public roads, before such cars can be fully deployed.

There are also concerns about the impact driverless technology will have on the employment of thousands of taxi and bus drivers. Pang is hopeful autonomous vehicle technology will enable Singaporeans to "take on higher value added jobs that automation brings about."

"The progress of technology is inexorable. It will come whether you like it or not, and you can choose to stay wedded to the past or you can prepare for the future," Pang said.