New Zealand made sure head coach Steve Hansen and a number of veterans went out winners Friday night as they beat Wales 40-17 to claim the bronze medal at the Rugby World Cup.

With former Emperor Akihito and former Empress Michiko watching the second half at Tokyo Stadium (Ajinomoto Stadium), the All Blacks put aside last week's semifinal loss to England to run in six tries against a valiant Welsh side, coached by Warren Gatland for the final time.

"I just want to say how proud I am of this team," said Hansen. "They've come off an extremely disappointing result against England and come back out and shown real character and commitment to the jersey."

"I'd also like to commend Wales. They came to play and it was a good game of footy."

Hansen is set to take over from Jake White at Toyota Verblitz, bringing with him All Blacks captain Kieran Read, while a number of other All Blacks will also head overseas. 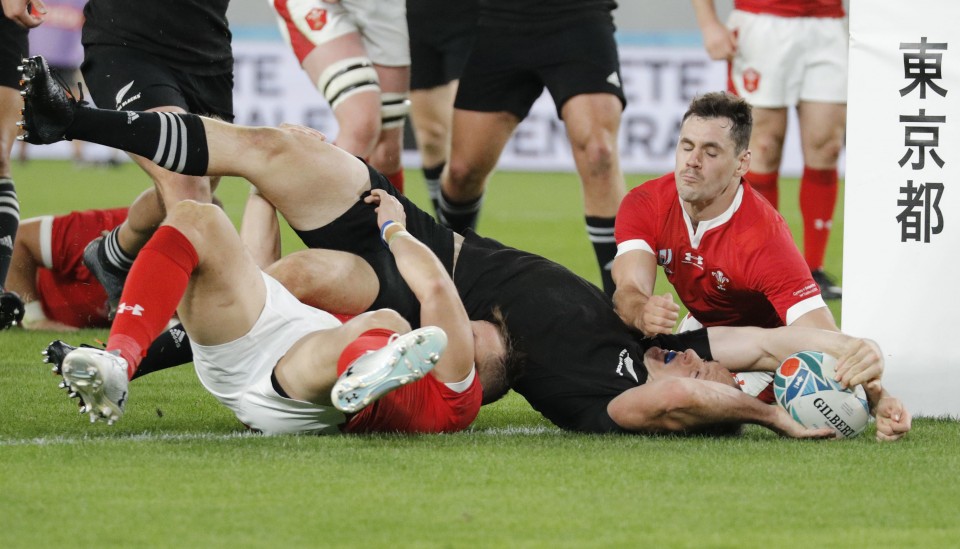 Among them is Ben Smith, who celebrated his 84th and final All Blacks test before joining French club Pau with a brace of tries as both sides did their best to finish their time in Japan in style.

"The support we've had over this tournament has been fantastic from our own fans and back in New Zealand but also the Japanese -- we really thank you for your support," said Read.

Following an incident-free haka, it took the All Blacks just five minutes to get on the board.

Read and man-of-the-match, who is joining Kobe Kobelco Steelers on a two-year sabbatical before returning to New Zealand, combined well to put Joe Moody over, the prop sprinting in from 25 meters out. 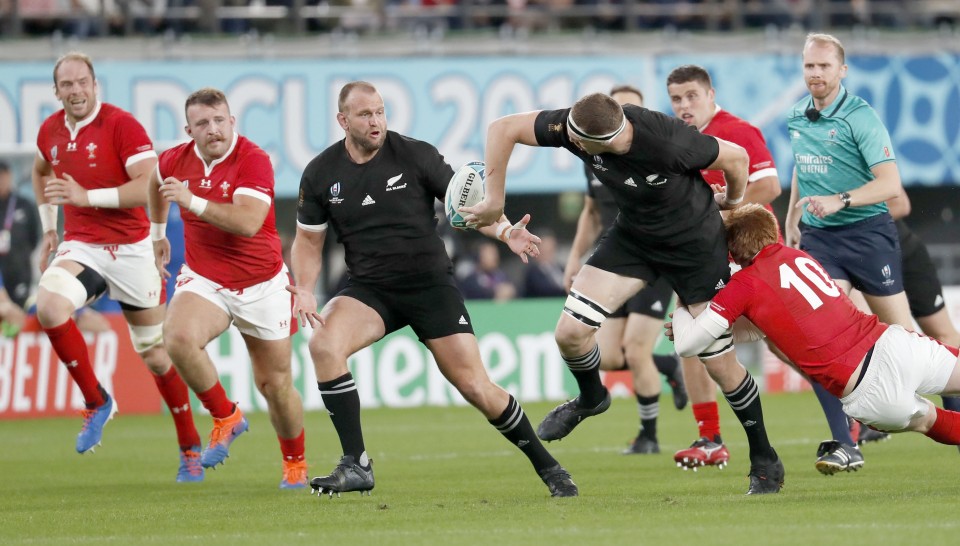 Beauden Barrett, rumored to be joining Suntory Sungoliath in the near future, crossed for a second try eight minutes later following a clever switch with scrumhalf Aaron Smith.

It looked like it was going to be a long night for the injury-depleted Welsh. But they bounced back and Hallam Amos crossed the chalk following a period of sustained pressure.

A Rhys Patchell penalty in the 27th minute closed the gap to four points as Wales looked to defy the odds and beat the All Blacks for the first time in almost 66 years.

But with their veterans to the fore, it was New Zealand who finished the half stronger with wing Smith going over twice to make it 28-10 at the break.

Smith's second try proved to be the turning point.

It did not take long for the All Blacks to extend the lead as Kubota Spears-bound Ryan Crotty went over two minutes into the second stanza.

Smith had a "third try" called back for a knock-on before his opposite number Josh Adams went over for Wales' second try of the evening.

It was Adams' seventh five-pointer of the tournament, the most by any player heading into Saturday's final, and the most ever by a Welshman at a World Cup. 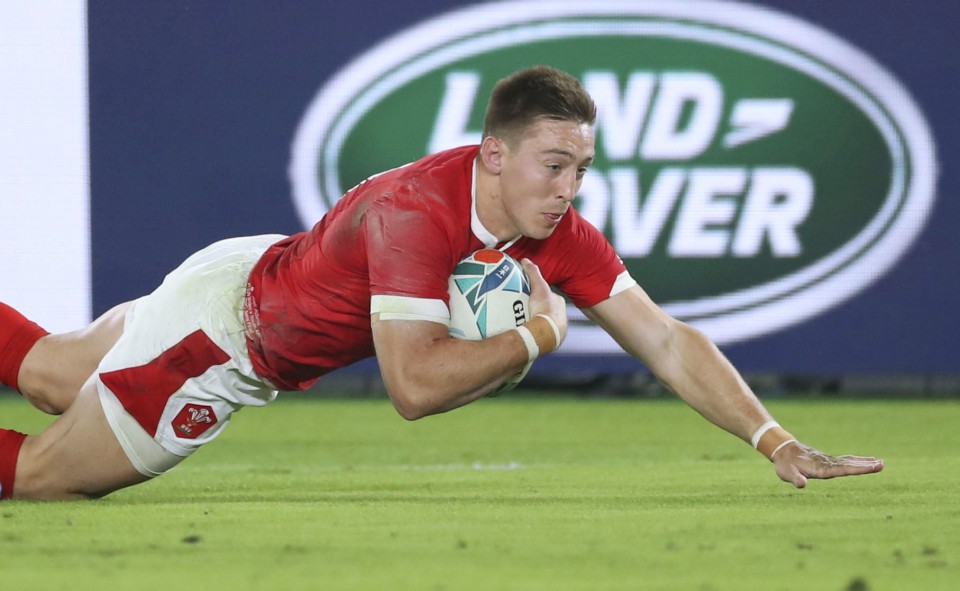 A try by New Zealand flyhalf Richie Mo'unga four minutes from time ensured the game became the highest-scoring bronze-medal match in history, surpassing the All Blacks' 40-13 win over France in 2003.

"We tried to play a bit. The score line probably didn't reflect that, but we really had nothing to lose out here today and we wanted to throw the ball about and show intentions to go out with a bang," Wales captain Alun Wyn Jones said.

Gatland said he had no complaints about the result but admitted the five-day turnaround after playing South Africa, against whom Wales lost four players through injury, meant his side had struggled with the pace of the game.

"It was probably a game too far for us," he said.

Hansen, meanwhile, had to choke back the tears when asked to comment on his 15 years with the All Blacks, during which time they won two World Cups.

"Just a privilege," he said.