South Africa head into their final Rugby World Cup Pool B game knowing they have all but assured themselves of a quarterfinal spot.

The Springboks take on Canada in Kobe on Tuesday level on points with Italy. But with the suspension and injury-riddled Azzurri having to play pool leaders New Zealand in their final game, the sensible money is on the two-time world champions advancing, quite possibly to a rematch with Japan in the knockout stage. 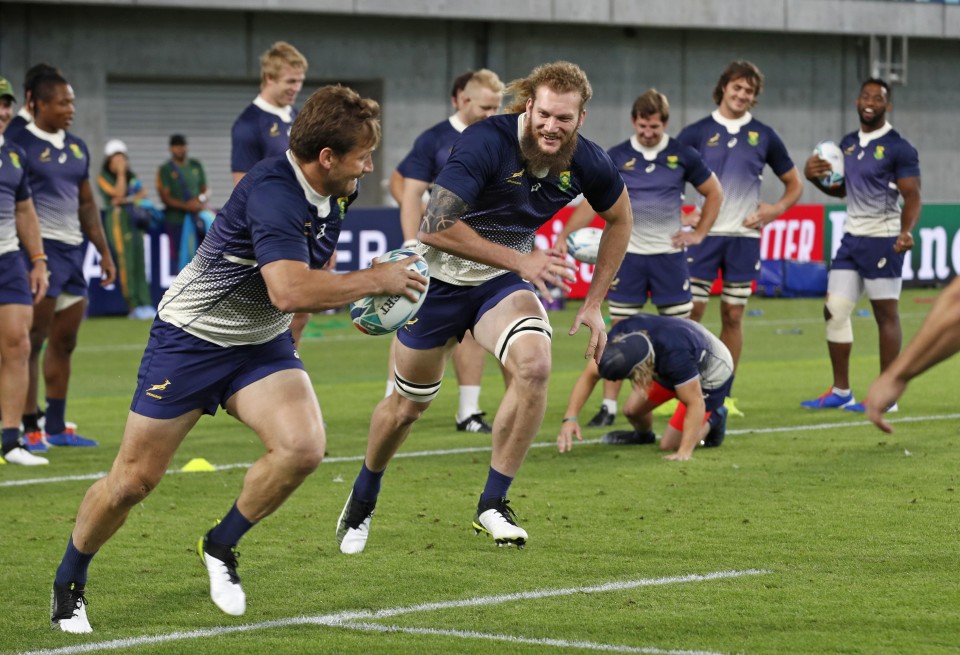 Rassie Erasmus' team certainly has the look of a side that knows it is through with just two first-choice starters retained.

Captain Siya Kolisi and inside center Damian de Allende, who will play for Panasonic Wild Knights in the new year, are the only players to start again after the 49-3 win over Italy in Shizuoka. De Allende moves to outside center with former Toshiba Brave Lupus representative Frans Steyn coming in at 12.

Should things go haywire, however, Erasmus has named five frontline forwards on the bench along with experienced flyhalf Handre Pollard (who spent the 2015-16 season with NTT Docomo Red Hurricanes) and fullback Willie le Roux, who joins Toyota Verblitz after the tournament.

"It was very clear against the All Blacks that we didn't convert our opportunities into points. That was the biggest work-on for us going forward in the tournament," assistant coach Mzwandile Stick said Monday at Kobe Misaki Stadium (Noevir Stadium).

And Stick said that unfamiliarity would be good for the Springboks.

"It's good to have a side like Canada, as it's a different challenge," he said. "It's not something that you see before, the pictures that you will see from the Canada players. It also helps us to prepare for any team if we do make the playoffs."

Damian Willemse starts at fullback among the 13 changes to the starting team after arriving from England as an injury replacement for Jesse Kriel, while 38-year-old Schalk Brits is back at hooker after being picked at No. 8 against Namibia.

For Canada, the game comes just six days after they were beaten 63-0 by New Zealand. 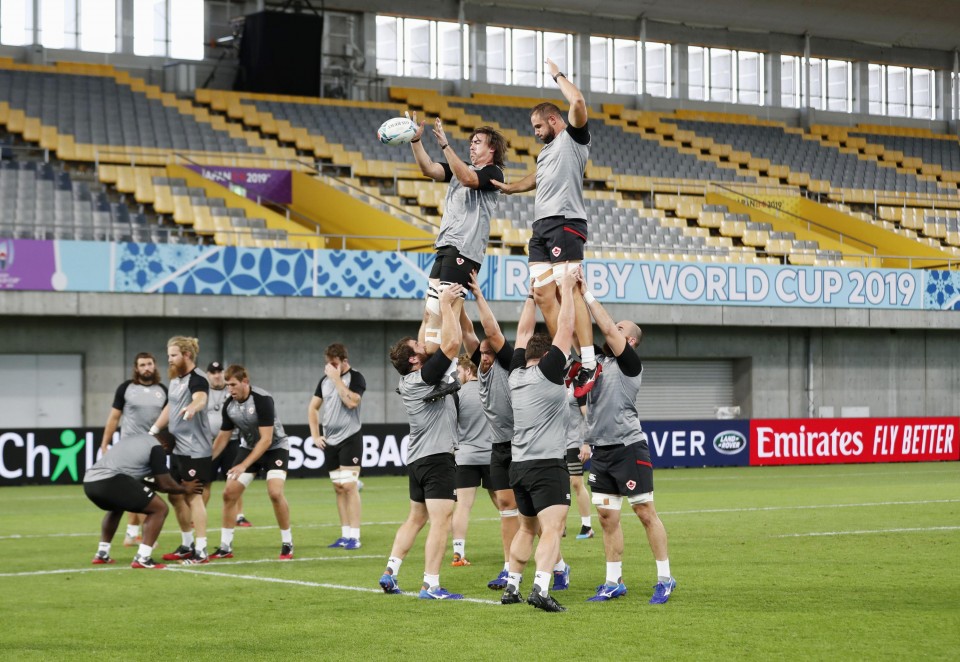 "For any Tier 1 nation, playing the All Blacks and the Springboks in one week is a challenge," said assistant coach Huw Wiltshire.

"(There are) two things you can't defend against in rugby and that's speed and power, and both those countries have got it across their teams, across the park and across their whole squads. That's essentially it. The intensity that comes from that is significantly higher than when you play other teams."

The Canadians make six changes to their side with an all new front row in Hubert Buydens, Andrew Quattrin and Jake Ilnicki.

The 33-year-old is set to play his 15th World Cup match, a record for a Canadian, and a five-pointer would see him join Samoa's Brian Lima, Ireland's Brian O'Driscoll, Wales' Gareth Thomas and Australia's Adam Ashley-Cooper as the only players to score a try at four different World Cups.

"It's going to be an exciting day for my family and my friends back home in South Africa, but I'm Canadian now and want to do my best for the team, bring some spark and lead by example," van der Merwe said.