South Africa and England went with the tried and tested Thursday as coaches Rassie Erasmus and Eddie Jones kept changes to a minimum in naming their sides for the Rugby World Cup final.

South Africa coach Erasmus has made one change to his 23-man squad with Cheslin Kolbe back in the starting XV for Saturday's game at International Stadium Yokohama (Nissan Stadium), while Jones' run-on side is unchanged from the one that started last week against the All Blacks. 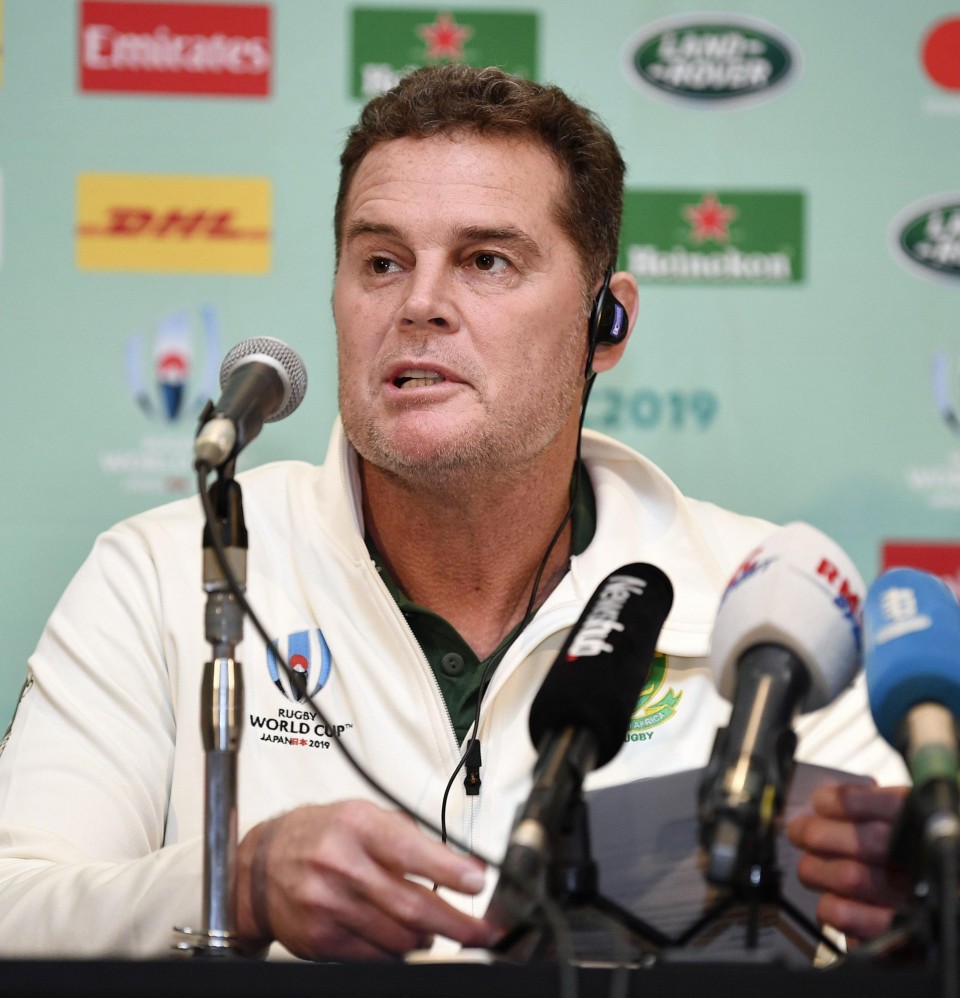 "Cheslin is world-class," Erasmus said of the diminutive wing.

"He showed it whenever he has played for us -- no matter if he slotted in at 15 or played wing. Everybody knows that he's got that X-factor, and against England, the way they defend, it is something that we will definitely need."

The @Springboks side to contest the #RWCFinal against England on Saturday in Yokohama!

Jones, who as an Australian is the first foreign coach to lead any nation to a Rugby World Cup final, said preparation and staying injury-free had been the key to England's run to the final.

"We've had four years to prepare for this game and have good tactical clarity of how we want to play," he said.

"We want to play with no fear, meet the South African physicality and impose our game."

Kolbe missed the Springboks' semifinal win over Wales with an ankle injury, but has been passed fit and replaces S'busiso Nkosi on the right wing.

The side -- the exact same match-day 23 that was named against Italy in the pool stage and Japan in the quarterfinals -- will be led by Siya Kolisi, whose father Fezakele is making his first trip abroad to watch his son make his 50th test appearance for South Africa.

"It's his 50th test match, and it is fitting and a wonderful occasion for a guy to be the captain, the first black captain," said Erasmus, who admitted he had been a little naive when first naming Kolisi captain, unaware of the impact it would have.

On the bench, Erasmus has stayed faithful to his 6-2 forwards-backs split as he looks to his pack to lay the foundations for a third Webb Ellis Cup win, South Africa having won their previous two finals appearances in 1995 and 2007.

Frans Steyn is set to be the only player to feature in both the 2007 and 2019 games, the former Toshiba Brave Lupus player is one of the two backs on the Springbok bench.

"The last time wasn't so serious for me," said Steyn, whose team has won all 16 of the Rugby World Cup matches in which he has featured.

The @EnglandRugby team to play South Africa in the #RWCFinal on Saturday in Yokohama!

Jones, who was a consultant to the Springboks in 2007, meanwhile, has made just one change on the bench with scrumhalf Ben Spencer, who only arrived in Japan on Monday, in for the injured Willi Heinz. 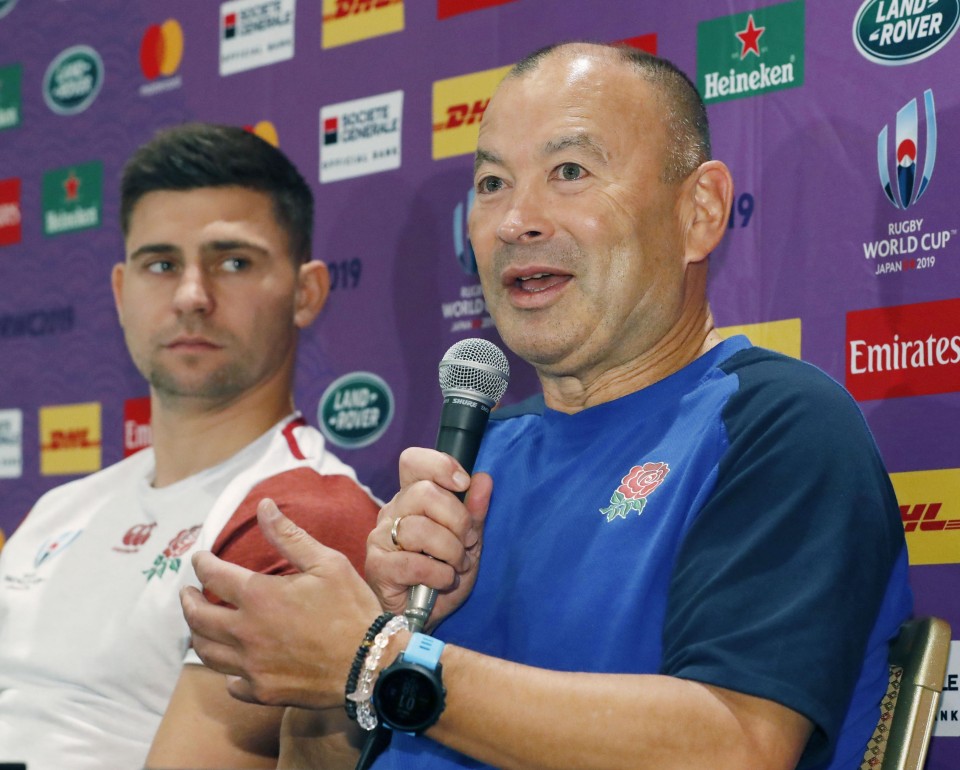 "Every week we pick a team that we think is right for the occasion," he said. "We look at the conditions, the opposition and the referee and the way we want to play. And we feel this is the best balance."

The side will once again be led by Owen Farrell, whose 46 points to date leave him five behind Japan's Yu Tamura in the tournament's points-scoring race, and one behind Springboks flyhalf Handre Pollard.

The England pack were in superb form against the All Blacks and assistant coach Scott Wisemantel said they would need to be at their best again to stop the Springboks spoiling their ball.

"It starts with the ball carrier and the speed of support," said Wisemantel, who acted as interim Japan head coach when Jones suffered a stroke in 2013.

"We need to do our job and negate what they want to do, which is slow the ball."