South Africa booked their spot in the quarterfinals of the Rugby World Cup, and a possible match-up with hosts Japan, with a 66-7 thrashing of Canada on Tuesday.

In front of 28,014 at Kobe Misaki Stadium (Noevir Stadium), the two-time world champions ran in 10 tries to finish their Pool B games with 15 points.

New Zealand, who play Italy on Saturday have 14, while the Azzurri have 10. 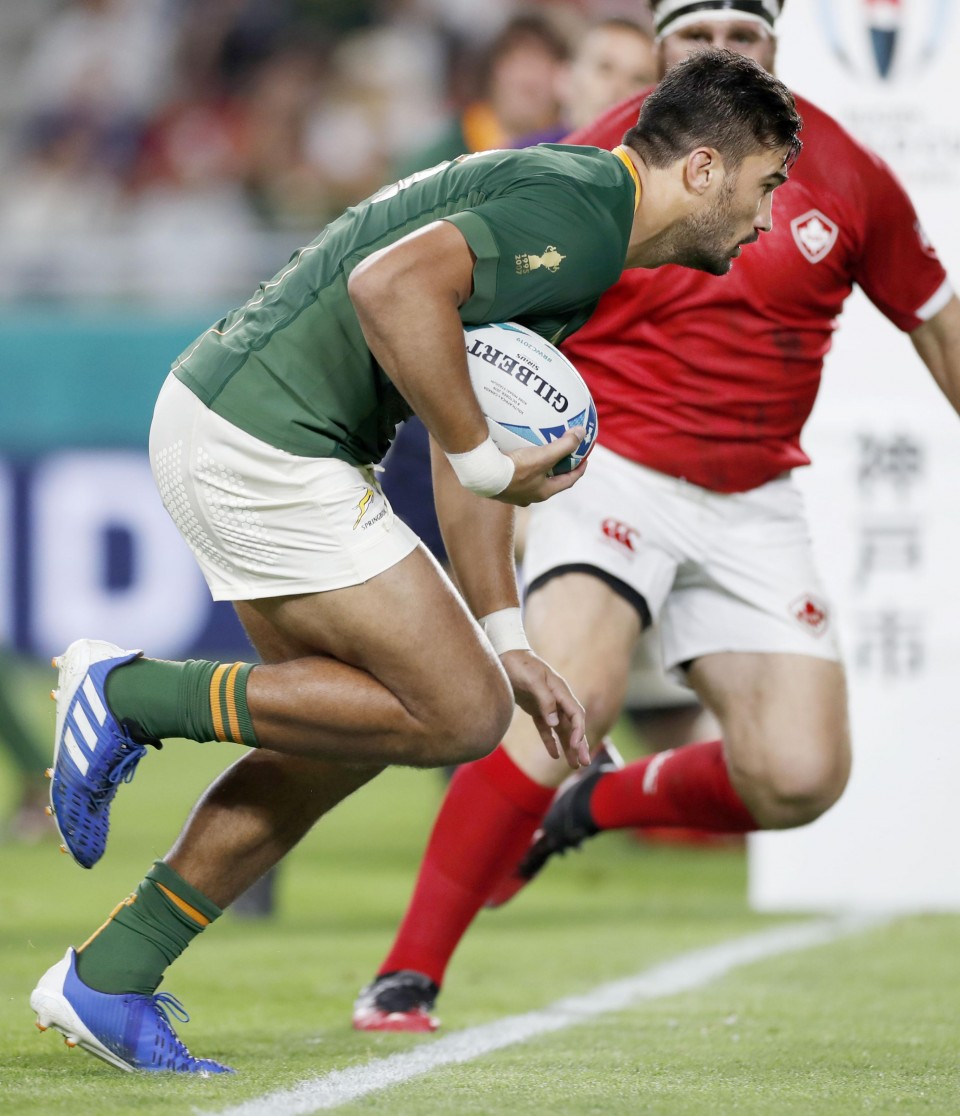 Tournament rules state that if two teams finish level on points, "The winner of the match in which the two tied teams have played each other shall be the higher ranked."

If three sides finish level and have all beaten each other "the team which has the best difference between points scored for and points scored against in all its pool matches shall be the higher ranked."

With the Springboks having already beaten Italy and their points difference already better than New Zealand, there is no way South Africa can be out of the top two, even if Italy beat the All Blacks and all three sides finish on 15 points.

"We have to see who we'll play in the quarterfinals and we'll know that by Sunday," South Africa coach Rassie Erasmus said referring to the final day of pool play.

Japan, Ireland and Scotland are all battling it out for qualification from Pool A with the winner of the group likely to play South Africa.

The Springboks took just two minutes to get the scoreboard ticking over with Damian de Allende finishing off a move that started with a good break by RG Snyman. 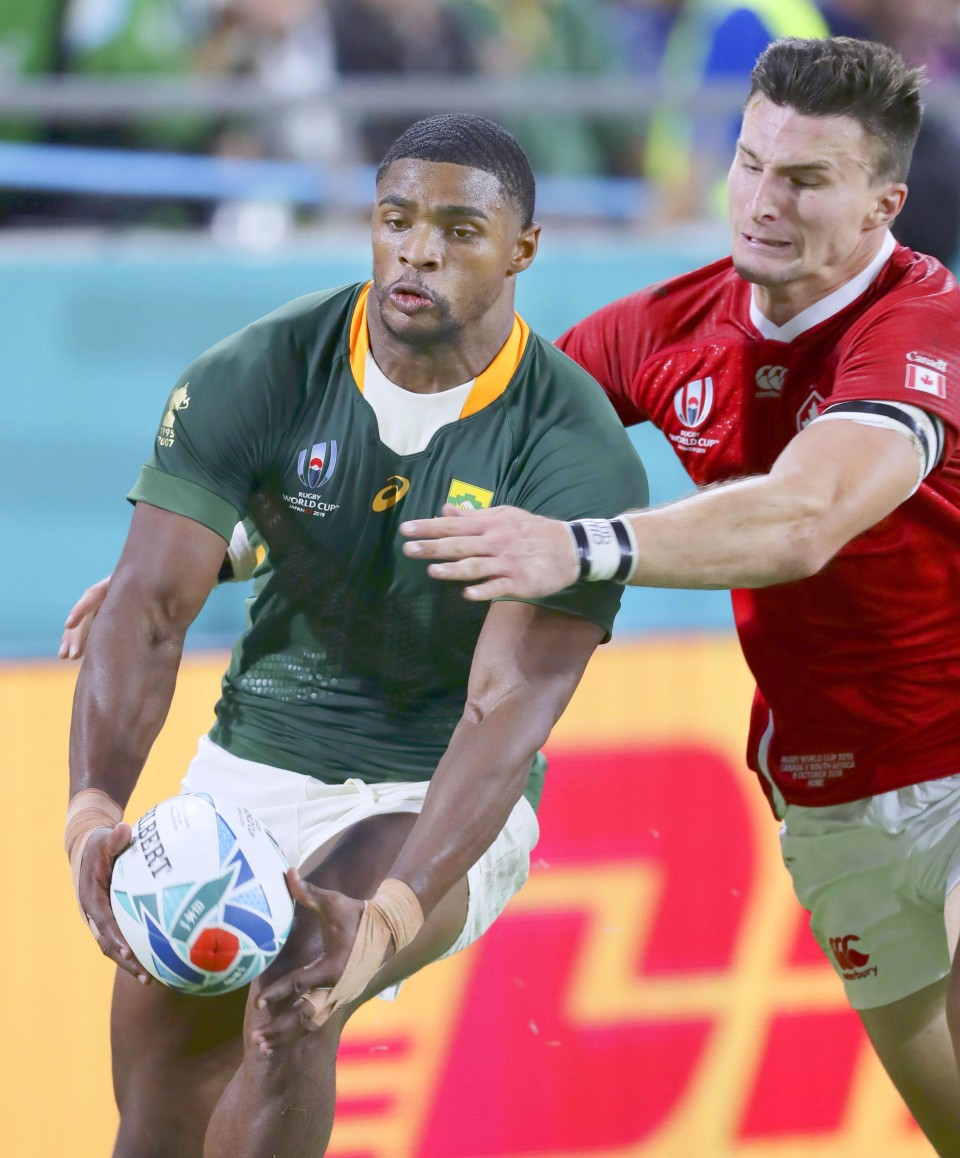 With so many of the South Africans having Japan connections -- de Allende previously played for Kintetsu Liners and will play for Panasonic Wild Knights next season, while man-of-the-match Snyman plays for Honda Heat -- the men in green were initially favorites among the locals.

S'busiso Nkosi added a second try in the fifth minute following an assist from former Yamaha Jubilo flanker Kwagga Smith before Cobus Reinach weighed in with a hat-trick -- the first individual brilliance, the second and third team efforts -- to make it 33-0 with just 21 minutes on the clock.

Warrick Gelant added a sixth try before Canada almost scored much to the delight of the locals who had shifted their allegiance to the underdogs.

But the Springboks defense held firm even in the face of an illegal clear-out from Josh Larsen that ended up with the Canadian replacement lock being shown a red card.

Former Toshiba Brave Lupus center Frans Steyn closed out the scoring in the first half as the teams turned around with South Africa leading 47-0.

"We were nice and clinical and decisive," Erasmus said of the first 40 minutes.

With 14 men, the game was supposed to get even tougher for Canada, but it was the men in red who opened the second-half scoring with a try by Matt Heaton.

That, though, would be the first and last time the Canadians crossed the chalk, and although they continued to battle gallantly, South Africa added further tries through Schalk Brits, Damian Willemse and Frans Malherbe.

"I'm proud of the second half," said Canada coach Kingsley Jones. "We were thinking on our feet at halftime and made some adjustments."
"We certainly put a decent shift in the second 40 with 14 players but full credit to the Springboks, they came at us from the start. The red card played a big part in the game but the first 30 minutes we were blown away."