Asked about England's mindset after their 40-16 quarterfinal win over Australia at Oita Stadium, Jones invoked the noble class of warriors synonymous with Japan's medieval history. 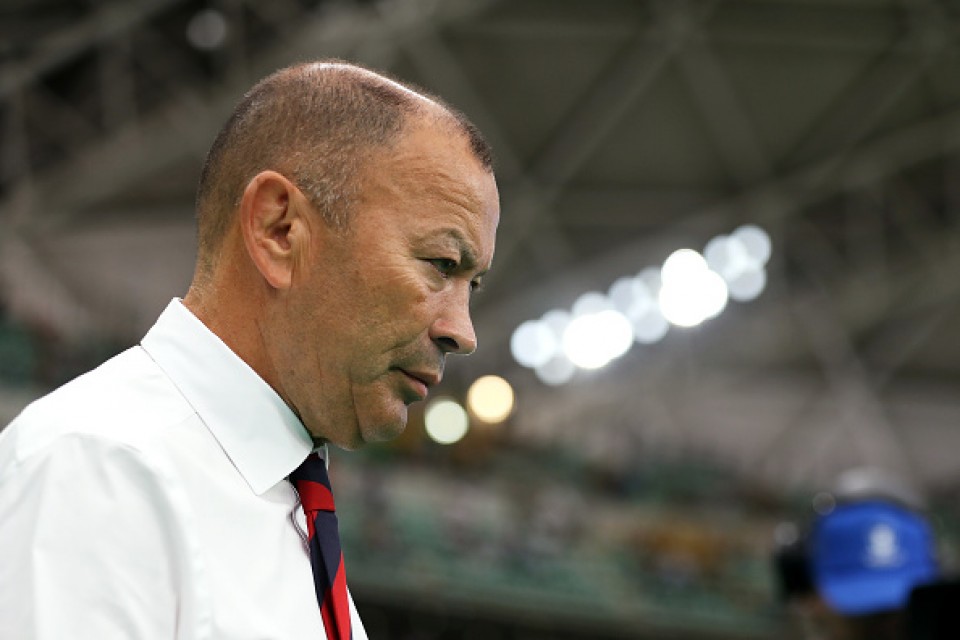 "The best samurai were always the guys who had a plan that they could adapt, but have a calm head (while being) full of aggression," Jones said.

"I thought we were pretty much like that today. But then the challenge is how we get better. There's always a better samurai around the corner, so we've got to continue to get better."

The Australian -- who remains revered by Japanese rugby fans for his achievements as head coach of the Brave Blossoms -- was straightforward when asked if he felt any sympathy for his vanquished countrymen, against whom England have now won seven straight.

"At this moment, not a lot of sympathy no, because I'm enjoying the win and I think I'm allowed to enjoy the win. But maybe later in the week," he said.

Having heaped praise on the Japanese tournament hosts since arriving in the country, Jones was once again complimentary following the quarterfinal in front of 36,954 in Oita.

"What a fantastic quarterfinal. Great stadium, good atmosphere...again it's a great credit to the tournament and what a good job they're doing," said Jones, who was born to a Japanese mother and whose wife is Japanese.

He also gave his take on the surrounding region of the southwestern main island of Kyushu, complementing the food, while taking a good-natured jab at the lack of entertainment options in the onsen hot spring resort town of Beppu where England are staying.

"We've been lucky enough to be in Miyazaki and have some great beef, and now we've been in Beppu and there's eight onsen (hot springs) in Beppu. Eight. We haven't found much else yet, so we're looking," he said.