Ireland bagged five tries in a 35-0 victory over Russia on Thursday night in Kobe, showing signs they have regrouped from their shock upset to Japan last weekend.

Rob Kearney opened the scoring in the first minute, and Ireland went on to claim a much-needed bonus point after losing to Japan 19-12 in Shizuoka.

"I think there were more things that pleased me definitely. We started really well again, and we got two early tries as we did last time," Schmidt said.

(Rob Kearney (L) of Ireland opens the scoring with a try.)

"I like the way we controlled the game in very tough conditions out there. I think just to get that 35-point differential, to keep a clean sheet is always great, because the Russians have certainly got a bit to offer."

Russia, led by head coach Lyn Jones, struggled with indiscipline as two of their players were sent to the sinbin and conceded 10 penalties. 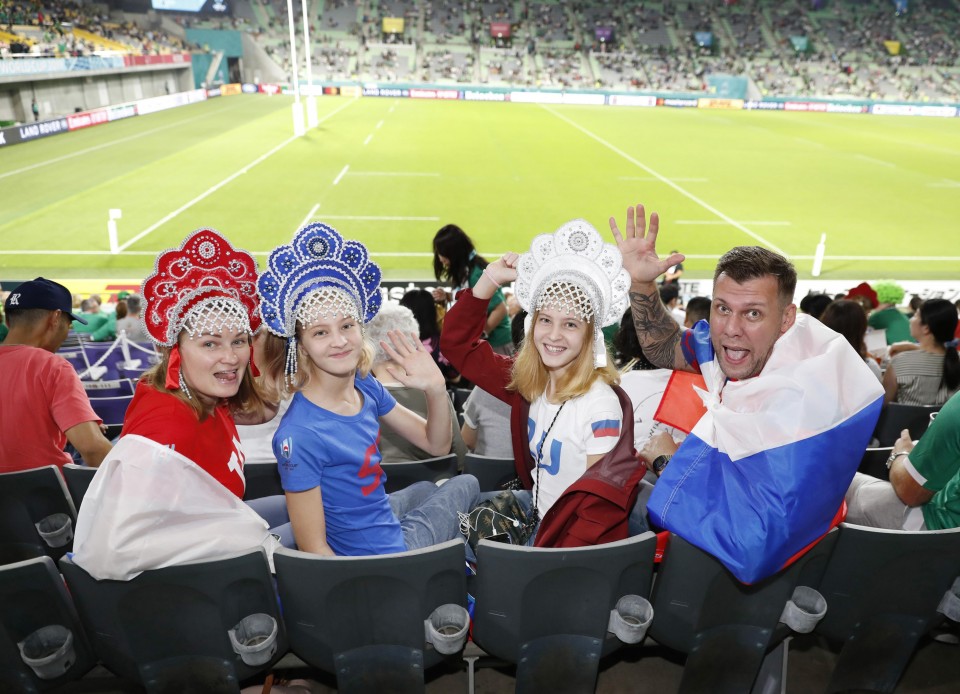 Just as in the other games in Kobe, the humidity inside the roofed venue provided a challenge to both sides. Players made a series of handling errors and even slipped on the turf at times.

Kearny sprinted for the first try of the day, dotting down after Luke McGrath passed the ball from halfway. Sexton set up their second try about 10 minutes later, when Peter O'Mahony picked up the flyhalf's clever grubber kick to cross under the posts. 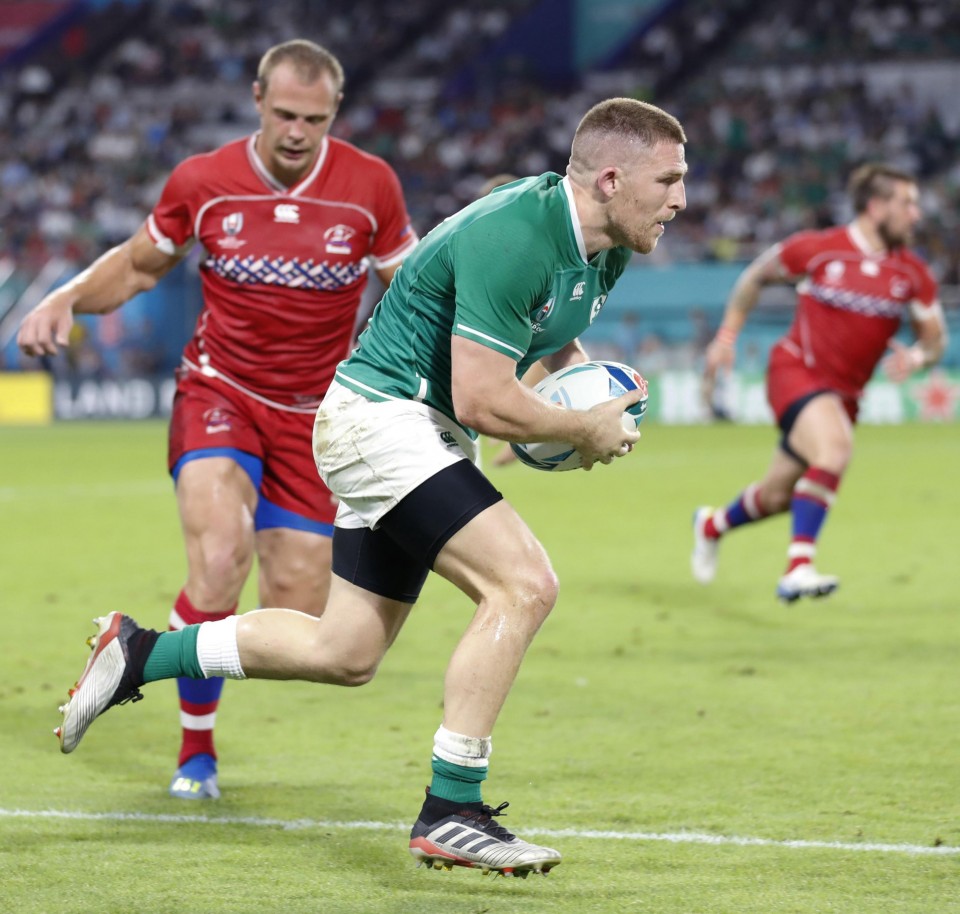 (Andrew Conway of Ireland runs with the ball.)

Ireland went on to take advantage following the sin-binning of Bogdan Fedotko as Rhys Ruddock scored a five-pointer with Sexton adding the extras for a 21-0 lead at the break.

The Russian defense provided difficulties for Ireland in the second half, but wing Andrew Conway finally broke the stalemate in the 61st minute when he touched down after gathering an offload from Keith Earls. 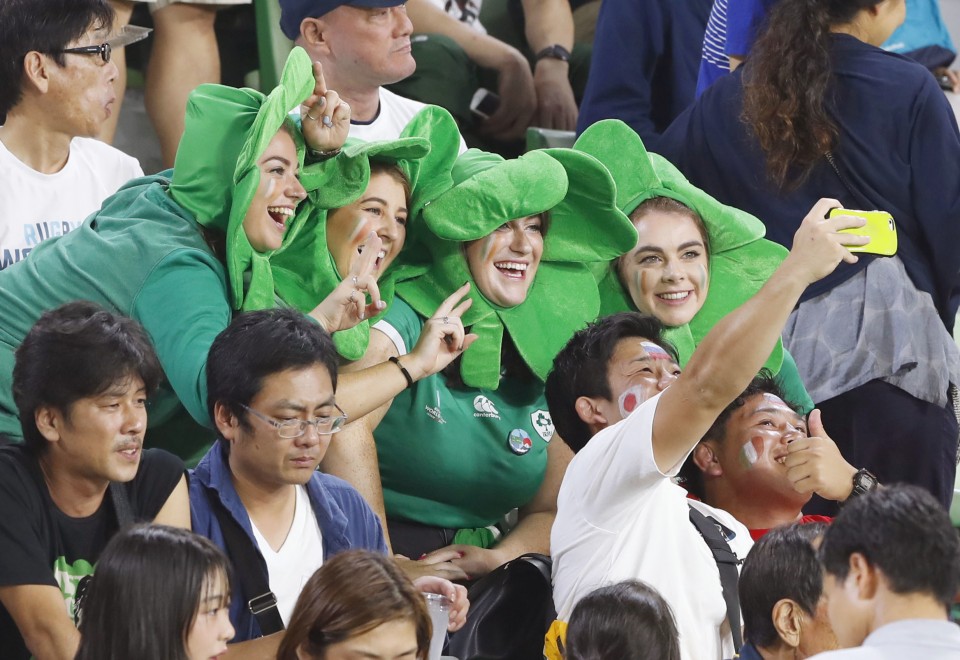 In the 75th minute, Garry Ringrose scored the fifth try, but another effort less than five minutes later was rejected by television match officials.

While Jones said his team's goal of his team was to bag tries and make the most of the experience of playing the Tier-1 team, they failed to convert every scoring opportunity, including a missed second-half penalty kick by Ramil Gaisin. 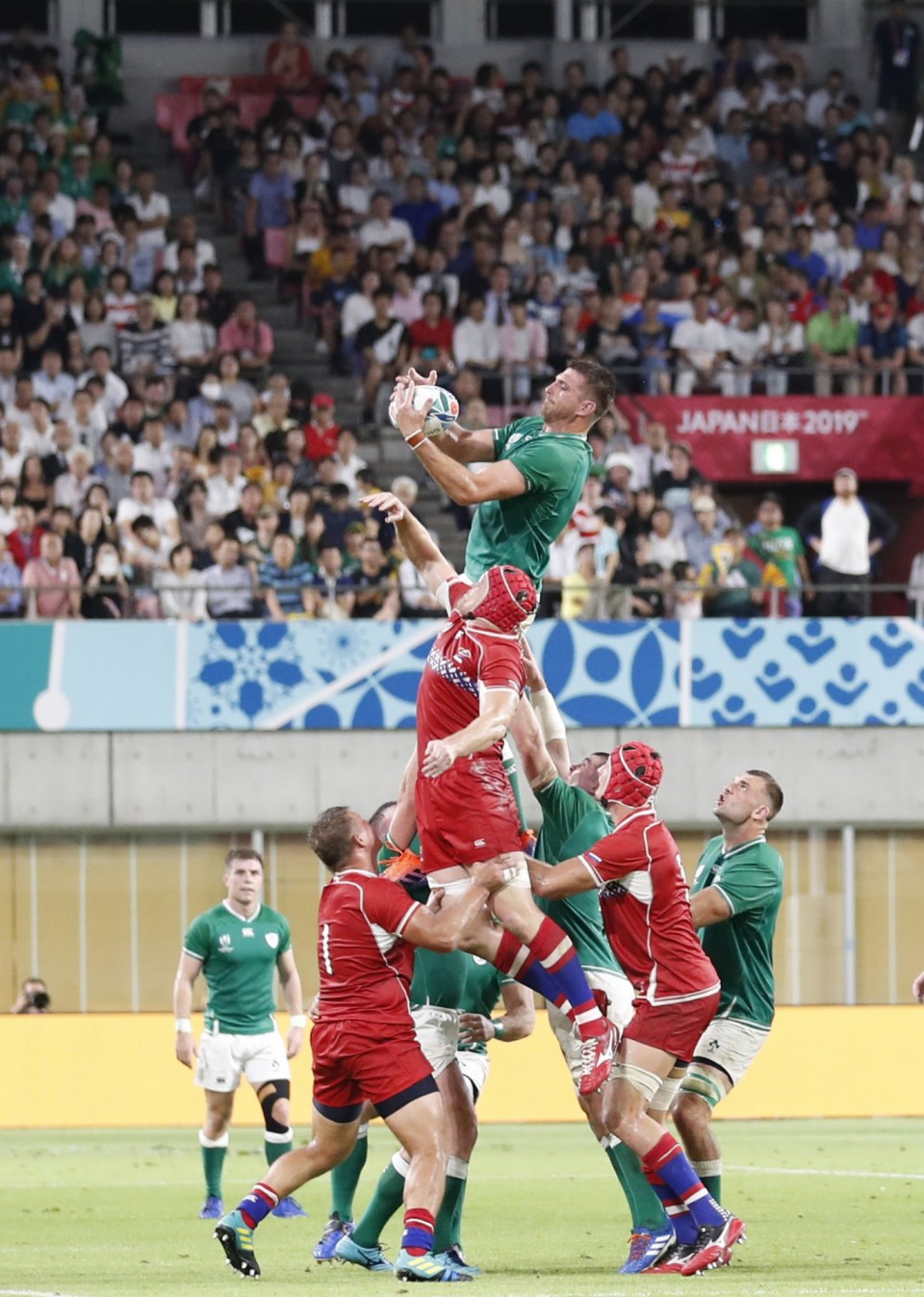 Despite the results, Jones only had praise for his team, who are playing in their second World Cup.

"I'm absolutely delighted with our performance. Today we came here to make it really hard for Ireland to score the four tries," he said.

"They're a tough bunch of boys. The players are disappointed to concede two yellows, but we came off the line and we hit the Irish boys hard, caused them problems."

The next Pool A game is set for Saturday at City of Toyota Stadium, where Japan play Samoa. A week later, Samoa and Ireland will square off in their final pool match. 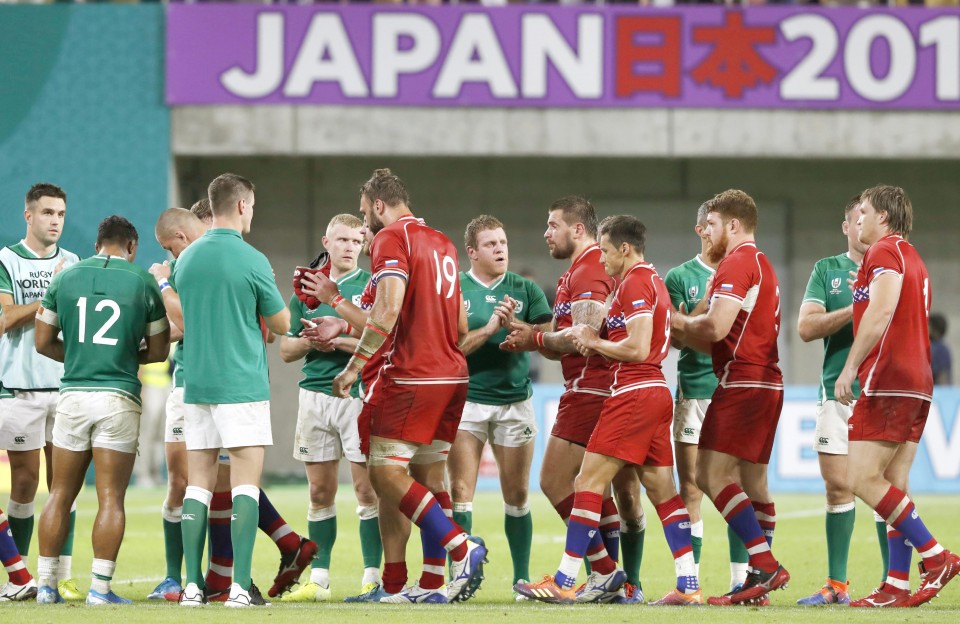