An at-times-undisciplined French side nonetheless moved one step closer to booking their place in the Rugby World Cup quarterfinals by defeating the United States 33-9 Wednesday in Fukuoka.

The Pool C battle was closer than many predicted for about 60 minutes, with the Americans in much better form than in their devastating loss to England last week. But Les Bleus eventually pulled it together to walk away with five tries and a bonus point.

France opened the scoring at Fukuoka Hakatanomori Stadium (Level 5 Stadium) in the fifth minute with Camille Lopez kicking behind the U.S. defensive line for a Yoann Huget try and Thomas Ramos picking up the conversion.

The Eagles soon got an opportunity to answer via a French offside with AJ MacGinty kicking the three points. The lack of discipline would prove to be a pattern, France conceding 10 penalties to the United States' four and allowing MacGinty to score a hat-trick of penalty goals.

France widened their lead in the 24th minute with a precision kick from man-of-the-match Lopez into the corner landing in the hands of Alivereti Raka. 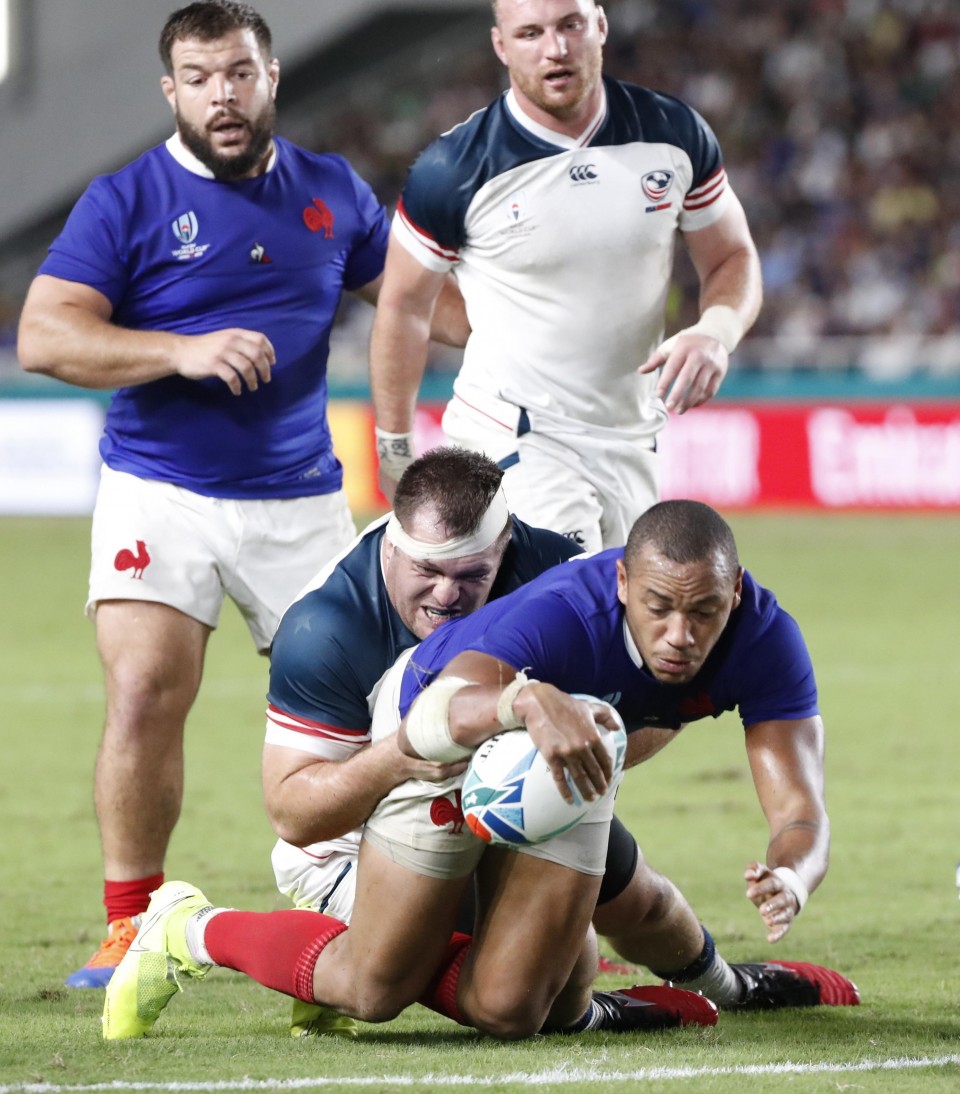 Playing a much tighter game in the last 20 minutes, Jacques Brunel's men scored with Gael Fickou, who earned his 50th cap here, Baptiste Serin and Jefferson Poirot going over the line.

"It wasn't an easy match. In the first half we made so many mistakes," said France match captain Louis Picamoles. "But we weren't panicking and we overcame adversity and we were able to gain the bonus point."

The win moved France into second in a tough Pool C on 9 points, with only England above them on 10 from two bonus-point wins. Les Bleus next face Tonga on Sunday, while the winless United States go up against Argentina next Wednesday.

The wet conditions on the pitch -- there had been a short shower during the national anthems and the humidity meant there was a lot of sweat -- made it difficult for both teams to handle the ball at times, but U.S. captain Blaine Scully was not willing to use that as an excuse.

"The conditions are what they are, so we just have to try to adapt the best we can."

Regardless of the final score, U.S. coach Gary Gold said he was proud of his team's performance.

"I'm really happy that the guys stood up to the test and came up today and gave France a very good run for their money."

"A bit sad we didn't get a try for more on the scoreboard, but just a very, very good performance and really positive for the way forward."

Rugby: Georgia to face wounded Fiji with 2023 on their mind