Italy defeated Namibia 47-22 in wet and wild conditions in Higashiosaka on Sunday, keeping alive their hopes of advancing from a tough Pool B.

Playing in windy and humid weather, Italy started slow and were error-prone throughout but managed to score seven tries to Namibia's three at Hanazono Rugby Stadium near Osaka.

While the Italians came into the World Cup having only won one of their nine test matches this year, the world No. 14 side were able to heap pressure on the overmatched Welwitschia, with much of the action taking place in Namibia's half.

Despite the win, Italy coach Conor O'Shea said his side will need to pull themselves together as they wasted several chances due to handling errors and indiscipline. They conceded five penalties and gave up 16 turnovers against the Tier-2 team. 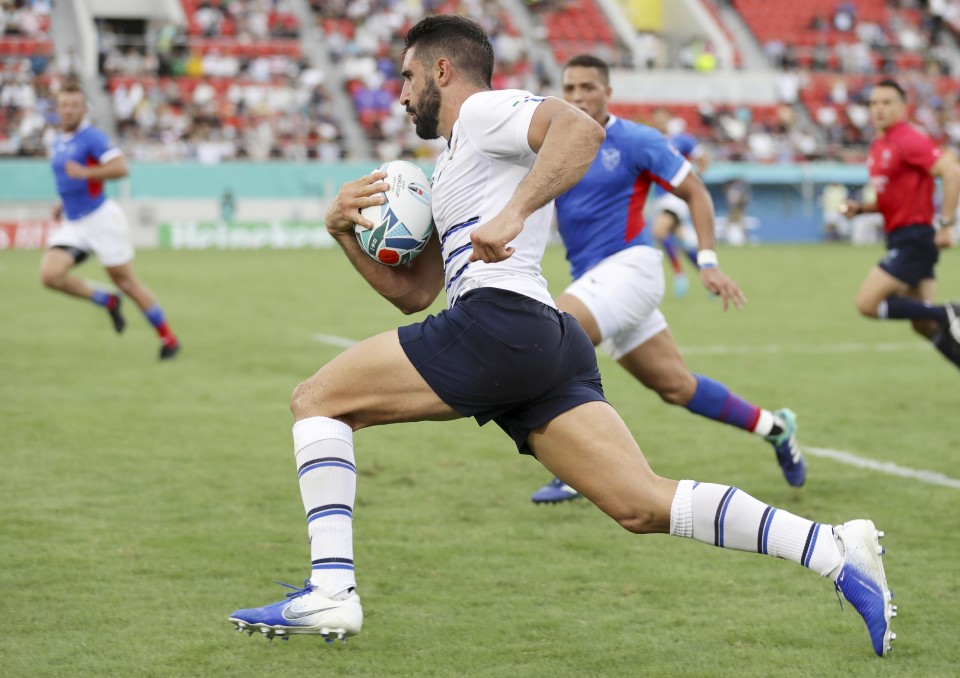 (Tito Tebaldi of Italy runs with the ball on his way to scoring a try during the first half.)

"We just didn't get the pace into the game that we wanted. It was difficult out there and (give) credit to Namibia...but we'll take five points and we'll move on quickly," O'Shea said.

"We scored 47 points, but we weren't able to perform at a level we usually do. We need to play better in the remaining matches."

Italy aim to reach the knockout stage for the first time but will have a tough road ahead in a pool with South Africa and New Zealand. They will face Canada on Thursday, before their clash against the two powerhouses later in the tournament.

The Namibians excited the crowd by opening the scoring in the fifth minute. Phil Davies' side, the tournament's lowest-ranked at 23, were chasing their first-ever win in their sixth World Cup.

Torsten Van Jaarsveld snatched the ball from an Italian lineout, and Damian Stevens touched down to put the Namibians into the lead. 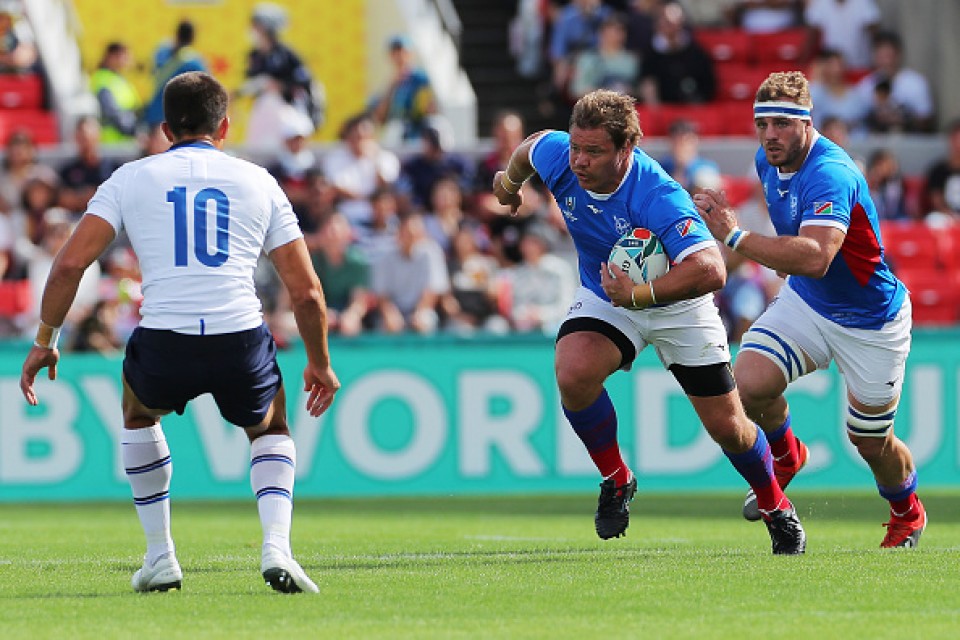 Tommaso Allan botched a possible try that should have put the Italians ahead, but made up for it in the 25th minute when he crossed and then converted. Tito Tebaldi stretched the lead to 21-7 in the last play before halftime -- and just before the heavens opened and forced some spectators to dash to shelter.

But the rain did not stop the Italians from opening the floodgates in the second stanza. Edoardo Padovani crossed for the team's fourth try in the 43rd minute after Tommaso Benvenuti created the chance with a grubber kick, and Carlo Canna extended the lead three minutes later.

While a penalty and a 56th-minute try by JC Greyling saw Italy briefly on the back foot, flanker Jake Polledri soon touched down from a maul close to the line and Matteo Minozzi scored a try with five minutes remaining.

Despite the loss, the match marked a special moment for 21-year-old winger Chad Plato, who pulled off an individual effort to score the game's final try for Namibia in his World Cup debut.

"For me, scoring my first try in my debut in the World Cup, I can carry (that memory forever). It was really special," he said.