Fervent Ireland rugby fans were in shock on Saturday but also praised Rugby World Cup host Japan for a stunning 19-12 win over their team, which entered the tournament ranked No. 1 in the world.

"I feel that you never underestimate your opponents. Never," said Nigel Keane, a 52-year-old driving instructor from Dublin who watched the game at Shizuoka Stadium Ecopa. "It was a good match. You can't substitute skill for guts and determination."

"I think Ireland have to put in two more good performances to go to the quarterfinals." 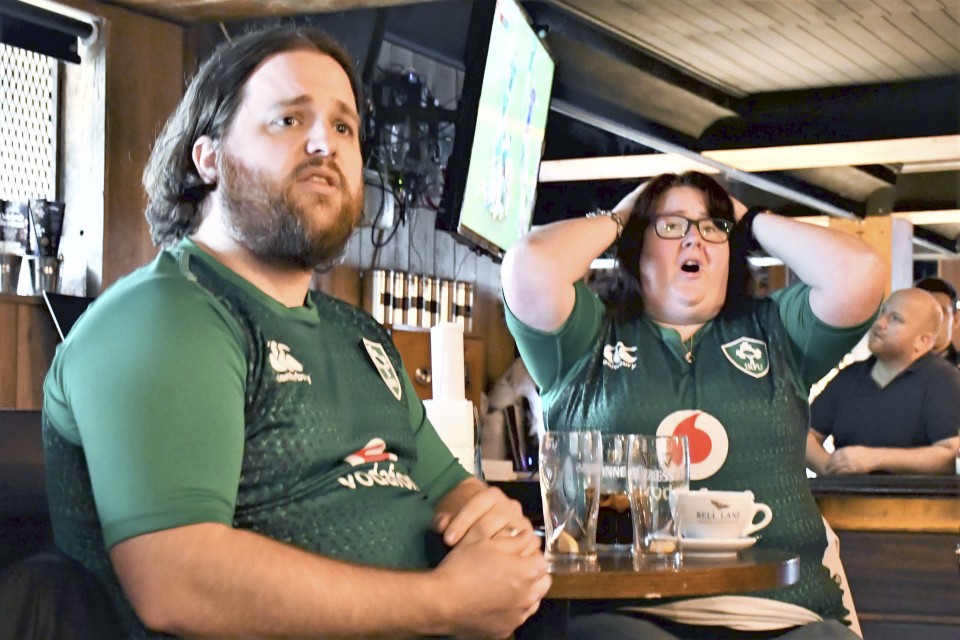 (Shocked fans at a Dublin pub.) 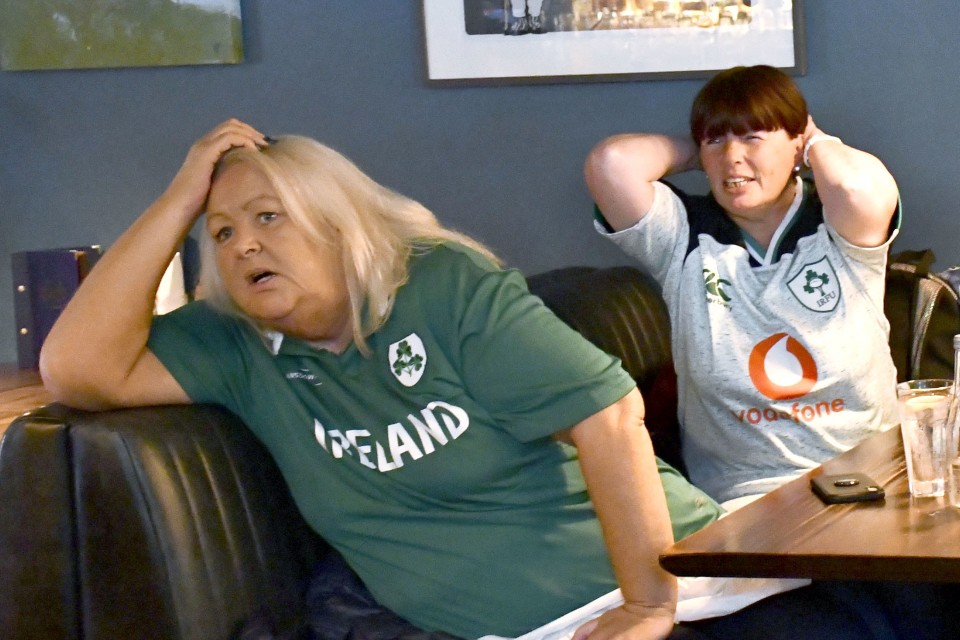 Clad in a green shirt with an Irish flag tied around his waist, Liam McEvoy said he was shocked about the match but that he had come to like Japan because it was such a good game.

The Green Army, although being outnumbered by Brave Blossoms fans, cheered for Ireland at the 50,889-seat Shizuoka Stadium Ecopa in Fukuroi, Shizuoka Prefecture, as they were greeted by locals parading along the streets with portable shrines and beating drums.

"The atmosphere is fantastic. Look at the crowd of people here," said John Mackey, an Irish businessman visiting from New York with his son to watch three games, before the match. 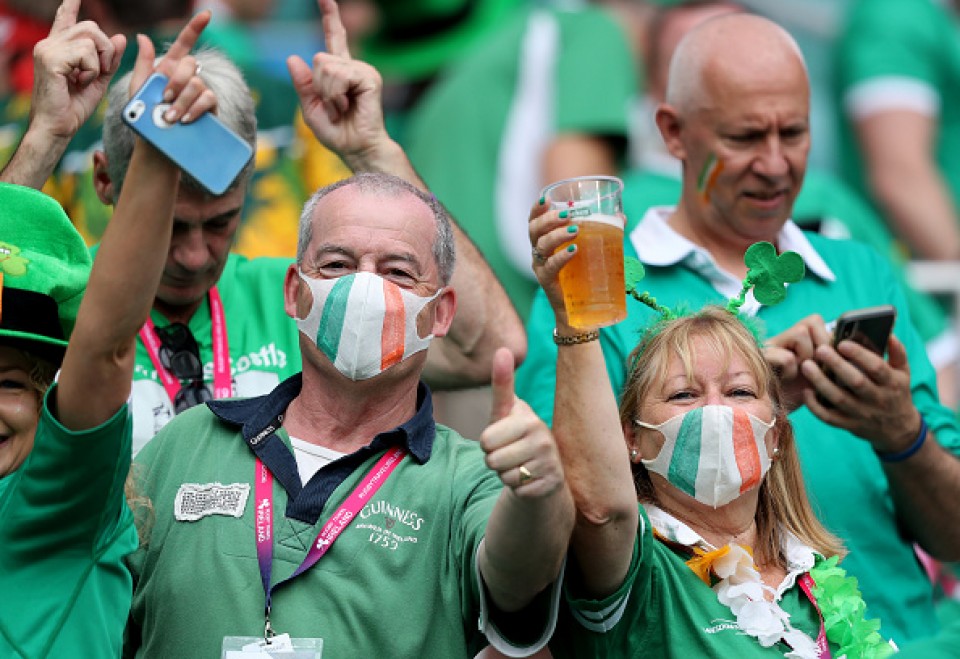 Mackey is one of 400,000-plus international visitors expected to come to Japan for the first Rugby World Cup held in Asia.

The 58-year-old was among many who thought world No. 2 Ireland could hold off ninth-ranked Japan.

"Ireland just have too much on the bench. Japan will be in the game for 30 minutes, but I think in the end Ireland's extra bit of class is going to show," said Mackey, who said he intends to fly back should Ireland go on to make the Nov. 2 final.

Mackey said he was impressed with the organization of the tournament though he wished there were more screens around the venue showing the day's other games -- Argentina vs Tonga and South Africa vs Namibia.

"It's been amazing. The Japanese are really, really welcoming," said another fan, Garry Sheelan, 39.

The fan zone near the station was packed hours before the 4:15 p.m. kick-off, with Japanese street food like gyoza and takoyaki on sale. One Ireland supporter was carrying a large Japanese flag, while another was wearing a kimono adorned with shamrocks.

"There's loads of entertainment (in Japan). Loads of amazing food, and we're enjoying the odd sake as well!" What kind? "Every type! All the beer, all the sake!" Sheelan said.

Tetsu Yokoyama, a Japanese who runs a management consultancy, wore a Japan team jersey but said what he was really looking forward to is seeing Ireland's world-class rugby.

"Their forwards are really something else, so let's see how Japan will deal with them. I think Ireland will win, but hopefully by not a huge margin."