Uruguay hope to repeat the heroics of their stunning win over Fiji earlier in the week, in their second World Cup game, against Georgia on Sunday at Kumagaya Rugby Stadium in Pool D.

The 30-27 win on Wednesday over the Pacific Islanders by the South American nation, which had just two victories from their three previous World Cups was the tournament's first shocking upset. 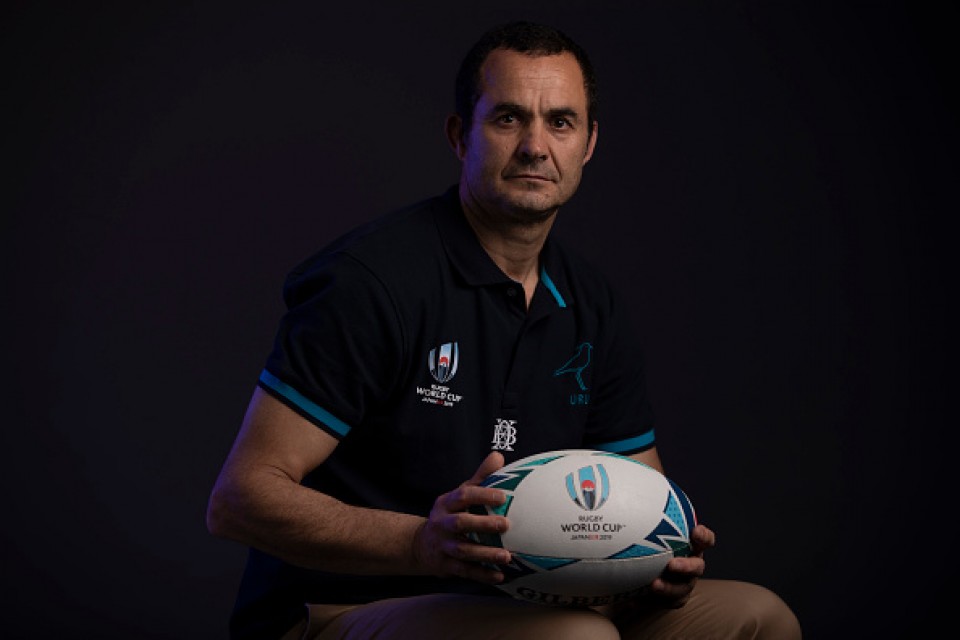 Determined to ride their confidence-boosting momentum, Uruguay head coach Esteban Meneses has only made two changes to his starting XV, which will feature flyhalf Felipe Berchesi who scored 15 points in the win over Fiji.

"We hope to make a good game against Georgia," said Berchesi, who called the win at Kamaishi Recovery Memorial Stadium "surreal for us."

"We don't know what to expect from the next game against Georgia, but we'll see," he said.

Georgia will be looking for their first win after a 43-14 defeat at the hands of Wales on Sept. 23 at City of Toyota Stadium.

Jaba Bregvadze, 32-year-old hooker who has spent the last two years playing for the Sunwolves, Japan's Super Rugby side, will lead out the Lelos to win his 56th cap.

"We are at a tipping point in our tournament, obviously the Uruguay match this week becomes a must-win for us, so we're under no illusions about where we are at and what needs to be done," said head coach Milton Haig, who takes over at Top League side Suntory Sungoliath in Japan in November.

Haig has made 12 changes to Georgia's starting lineup since their opening game against Wales, which will see strong scrummaging player Levan Chilachava join the front row as tight-head prop.