Italy captain Sergio Parisse will become the third player to compete at five Rugby World Cups on Sunday, but his focus is on opening the tournament with a much-needed win over Namibia in a difficult Pool B.

The 36-year-old backrower will lead the world No. 14 Azzuri in their campaign to reach the knockout stage for the first time. The team have competed in all tournaments since the inaugural 1987 edition, but their performance has never been good enough for a place in the quarterfinals. 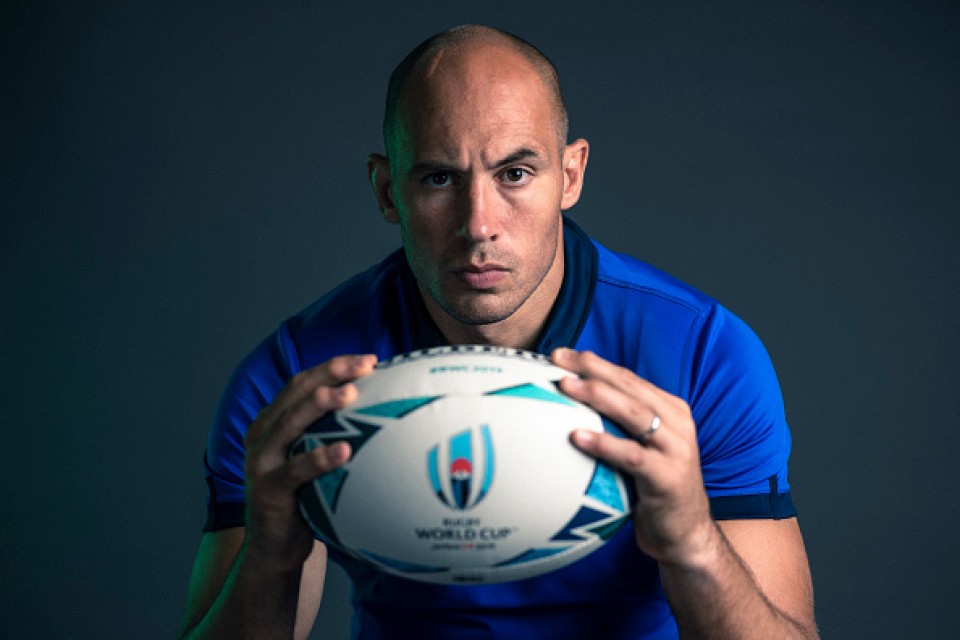 (Sergio Parisse of Italy poses for a portrait during the Italy Rugby World Cup 2019 squad photo call on September 16, 2019 in Sakai, Osaka.)[World Rugby/Getty/Kyodo]

"I'm proud, but I haven't been thinking about this being my fifth World Cup. Honestly, I'm taking it a day and a training session at a time," he said after Italy's team announcement on Friday.

"It is something to be proud of, but my main aim is to think about helping the squad."

While the Italians have been drawn against three-time world champions New Zealand and two-time winners South Africa in Pool B, they are looking to start with a convincing win over Namibia at Higashiosaka's Hanazono Rugby Stadium before taking on Canada and the two powerhouses.

The world No. 23 Welwitschias, the tournament's lowest ranked team, have played 19 matches over five World Cups but are still chasing their first win.

Italy have lost two of their three previous encounters, while winning the most recent match 49-24 in 2001.

Conor O'Shea, who will be coaching at his first World Cup for Italy, said the clash against Namibia is key in order for the team to build confidence.

"We need to show our true level, our true ability and try our best to meet our ambitions. That starts against Namibia, and then against Canada, before we meet South Africa and New Zealand," the Irishman said.

Namibia coach Phil Davies named second-row Tjiuee Uanivi to captain the Welwitschias for the first time since July 2016, in the absence of Johan Deysel.

"We need to make sure we're at our very best," attack coach Mark Jones said Saturday. "I wouldn't be doing my job if I didn't come up with a few ideas which I think may help us perform well against Italy but we're under no illusions they're a very good team with a lot of quality players playing at the top level."

"We know we as Namibians need to be at our very, very best tomorrow."