Uruguay delivered the first shock of the Rugby World Cup on Wednesday, beating a disjointed and error-prone Fiji 30-27 in Kamaishi.

With the Pacific Islanders running out an almost completely new starting lineup after a brief four-day turnaround between this match and their first against Australia, the game against the 19th-ranked Uruguayans was always going to be a trap. 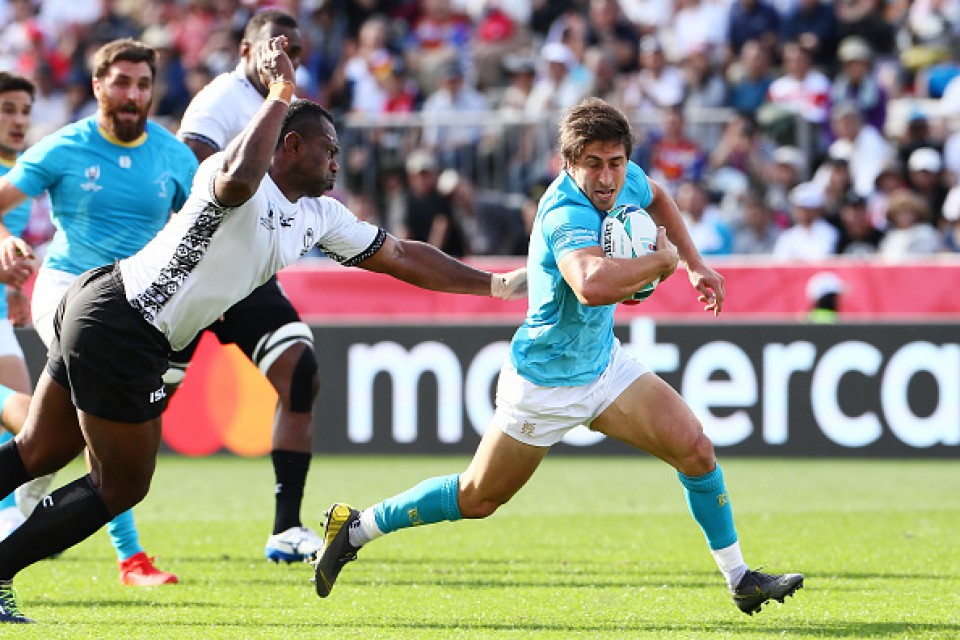 (Santiago Arata of Uruguay makes a break to score his side's first try during the Rugby World Cup 2019 Group D game between Fiji and Uruguay at Kamaishi Recovery Memorial Stadium on September 25, 2019 in Kamaishi.)[Getty/Kyodo]

Uruguay rode a three-try first half at Kamaishi Recovery Memorial Stadium and were helped a great deal by Fiji's kickers shooting themselves in the foot, the South Americans eventually holding on to claim only their third win at a Rugby World Cup.

"This is a victory that is something that comes from what we have been doing in the four years of preparation and it has borne fruit," said Uruguay coach Esteban Meneses. "This victory allows us to make a big step forward."

The win was Uruguay's first against a Pacific Island nation and they also set a record for the most points scored in one World Cup match, bettering the 27 they scored against Spain in 1999, according to the Rugby News Service.

"We thought this was our only chance in the tournament and we wanted to make history today and we were confident we would be able to make history," said jubilant Uruguayan captain Juan Manuel Gaminara. 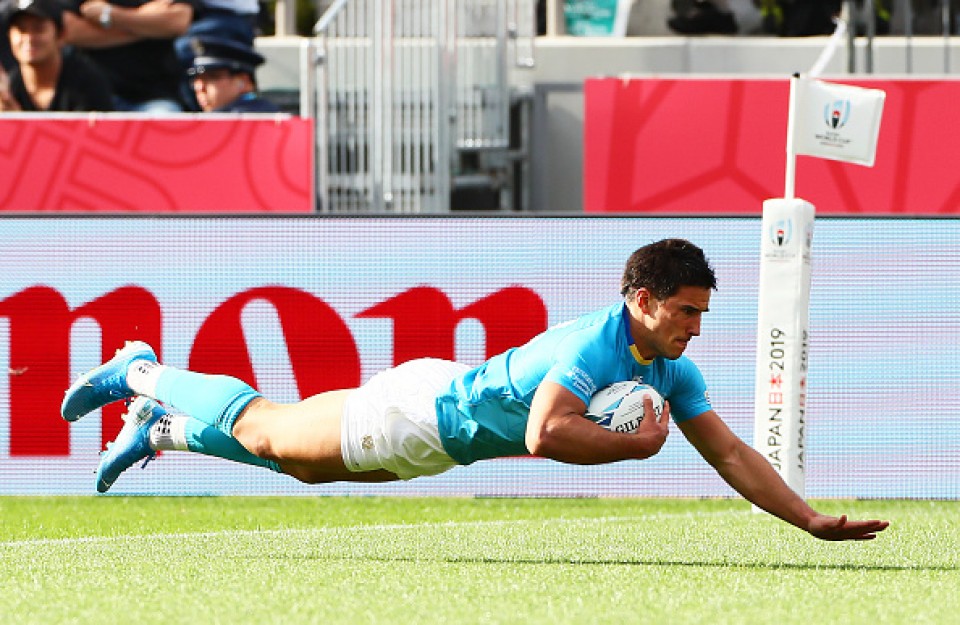 Fiji coach John McKee credited Uruguay for putting together a game plan that was perfect for a boil over.

"Great credit for Uruguay with their commitment and how they worked in the game, they obviously worked very hard for each other and they got what was quite a historic result," the Kiwi said.

"In the first half, Uruguay really capitalized on errors and three tries from our mistakes and then we were chasing the game which put us under a lot of pressure."

In front of 14,025 people in a region of northeastern Japan devastated in the March 11, 2011 earthquake and tsunami, Uruguay took advantage of dropped balls and a general lack of urgency from the clearly fatigued Fijians.

Arata made a one-man, spinning, bouncing break to cross under the posts, with Felipe Berchesi cashing the two extra points. 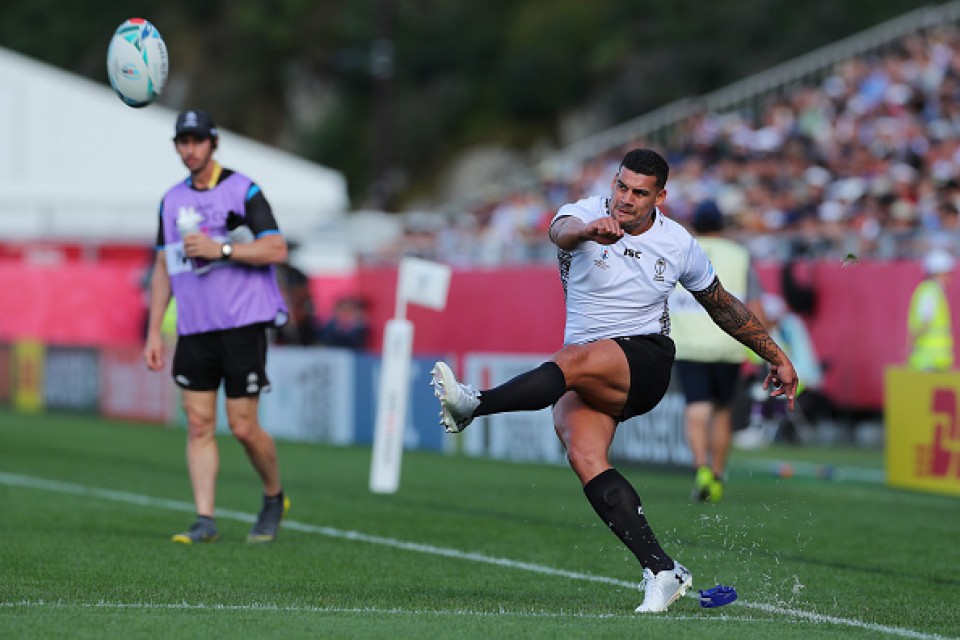 Fiji immediately responded with their second, Eroni Mawi barreling over from close range, with Josh Matavesi converting to give the men in white a 12-7 lead.

From that point onwards, the first half was all Uruguay.

Manuel Diana and Juan Manuel Cat crossed with Berchesi converting both and adding a penalty to give the South Americans a 24-12 lead going into the sheds.

McKee likely delivered a stern halftime message about his team's tournament being on the line, and they did respond, but it was not enough to overcome the plucky Uruguayans.

Api Ratuniyarawa scored one try and Nikola Matawalu two, but all three conversions were missed, leaving a vital six points on the table, an unfortunate number for Fiji considering the final margin was just three.

Uruguay now face a similar challenge to what Fiji just dealt with -- a four-day turnaround -- but this win has perhaps given them the lift for Georgia that Fiji lacked.

"We know we have to work every day, day-by-day, give our best," said starting fullback Gaston Mieres. "It is going to be tough, Georgia is a good squad so we are going to have to work, work, work really, really hard to get what we want."