For England coach Eddie Jones, leading a team at a World Cup in Japan is "very special."

Buoyed by his side's 35-3 win against Pool C opponents Tonga at Sapporo Dome on Sunday, an ecstatic Jones showered praise upon his players, his opponents and the tournament hosts.

"I love rugby and I love this team. So (I'm) pretty lucky. And then coming to Japan, we're part of this historic World Cup, there's never going to be anything like this again, and to be part of it you feel pretty special," the 59-year-old Australian said.

"Our team is really enjoying it. Guys are learning new things every day, so yeah, it's very special." 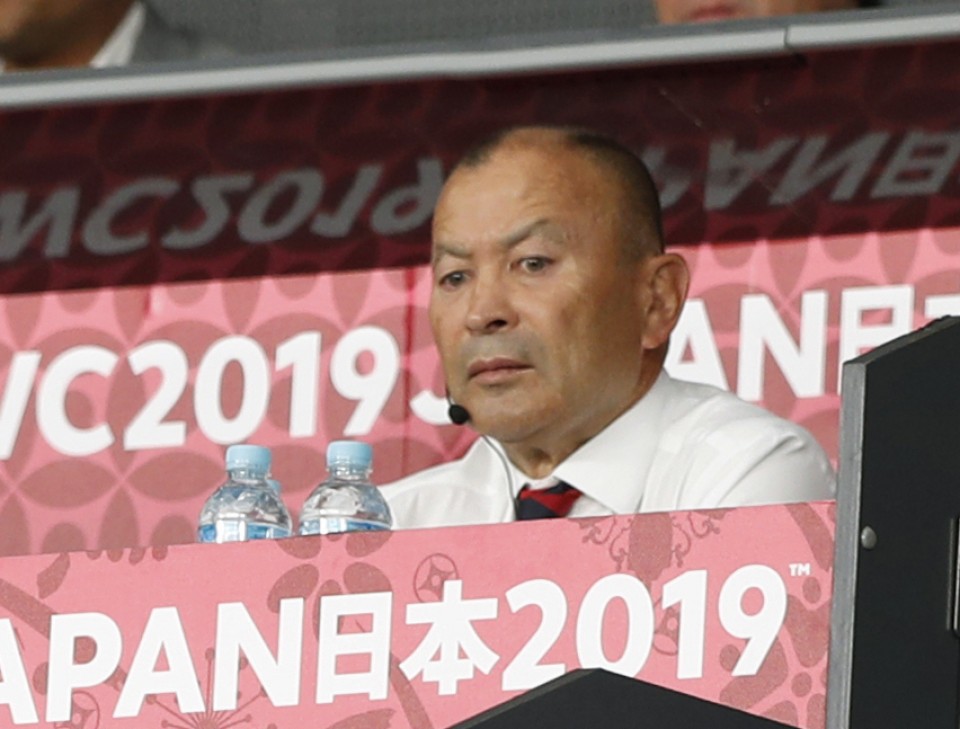 (England coach Eddie Jones watches his squad from the stands during the first half of a Rugby World Cup Pool C match against Tonga on Sept. 22, 2019.)

"I thought it was a great day for rugby. We're so appreciative of the Sapporo people and the way they've come to the game and engaged with rugby."

Revered by Japanese rugby fans for coaching the Brave Blossoms to their historic 34-32 win over South Africa at the 2015 tournament hosted by England, Jones is firmly focused on raising the Webb Ellis Trophy for the first time with his new side.

Though England were slow to assert control over Tonga, the lowest-ranked side in Pool C, Jones has proven he knows how to guide a team to the business end of the tournament.

Before he orchestrated the "Brighton Miracle," Jones coached Australia to the 2003 World Cup final on home soil, with their last-gasp loss to England coming on the heels of a semifinal dismantling of tournament favorites the All Blacks.

Renowned for his grasp on the psychological side of the sport, Jones said a recent pep talk from another master motivator -- former Manchester United manager Alex Ferguson -- may have helped his team maintain composure and grab a bonus-point try at the death against Tonga.

Ferguson spoke of his teams' ability to score late in games, during the so-called "Fergie Time" that critics said his Manchester United squads would be allowed by referees when he was at the helm.

"The message (from Ferguson) was to be patient. That's what I enjoyed about our team today, there was no sign of panic, we just kept on playing good rugby," Jones said.