Argentina defeated a physical Tongan side 28-12 on Saturday afternoon, claiming a bonus-point in their first victory of the Rugby World Cup.

Julian Montoya bagged a hat-trick of tries, while fullback Santiago Carreras crossed in the 19th minute to put Argentina up 28-7 at halftime. 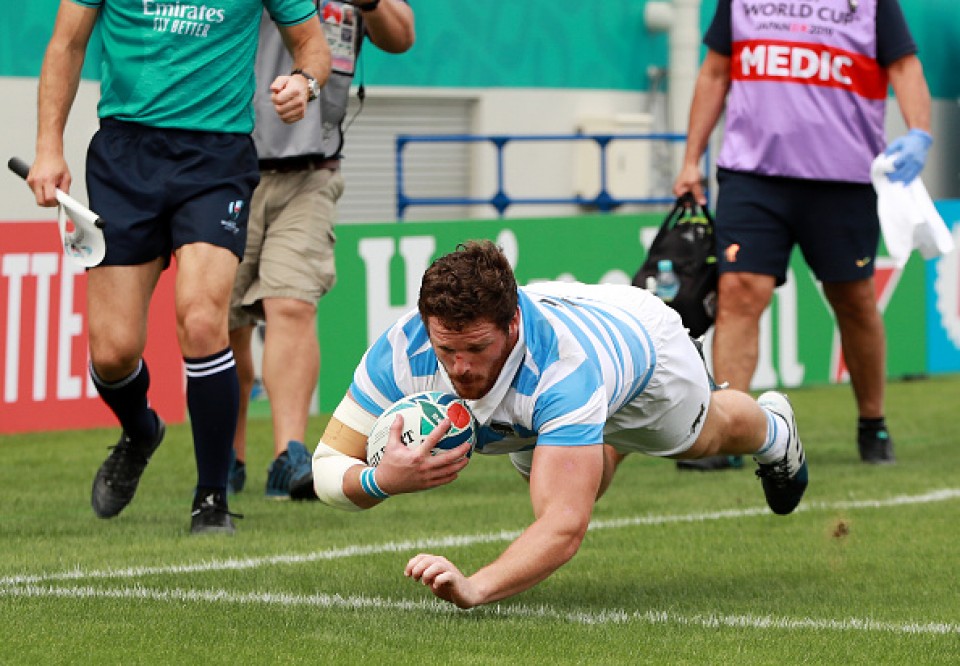 While the Tongan pack proved troublesome, Mario Ledesma's men took advantage of the Pacific Islanders' first-half errors en route to a much-needed bonus point, despite failing to score a single point after the break.

"We dominated territory and had control of the game in the first half," Ledesma said in Spanish. "But I wish the second half went better. There were many chances we couldn't convert."

The Argentines, ranked No. 10 in the world, were playing their second Pool C match at the World Cup. They opened with a 23-21 loss to France in Tokyo, and needed to beat the No. 15 Tongans for a chance to appear at the quarterfinals for the fourth-straight tournament.

Argentina, however, were not in perfect shape in front of a vocal crowd of 21,917, especially in the second stanza, making several handling errors and penalties. They also missed 29 tackles throughout the game and have their work cut out for them ahead of next week's clash with No. 3 England.

"They've come here to win the World Cup," Ledesma said. "It's a big challenge and obviously facing England for the quarterfinals doesn't get any bigger."

Montoya opened the scoring in the sixth minute, crossing from a lineout five meters from the Tongan try line. The hooker dotted on a driving maul 10 minutes later following another lineout after the Pacific Islanders were penalized.

Carreras made a dash from the halfway line for the third try of the day, after Tomas Lezana's tackle forced Tonga to spill the ball for the winger to pounce on.

Montoya scored again in the 25th minute and Benjamin Urdapilleta successfully kicked his fourth conversion. The 'Ikale Tahi struck back immediately, with Telusa Veainu dotting in the 29th minute.

Despite being robbed of the chance to score their second try just before halftime, Tonga came out strong in the second stanza, with Veainu again touching down near the corner following an offload from Cooper Vuna.

"But we never gave up. We could have thrown the white flag up, but the boys dug in. It shows their character," he said.

Argentina will face England on Oct. 5 and the United States four days later. Tonga's next match will be against France on Sept. 6 in Kumamoto.