South Africa scored five tries in the first half and four in the second and demolished Namibia 57-3 despite a relatively sloppy performance at the World Cup on Saturday.

The Namibians put in an admirable effort but were simply outplayed in every facet of the game at the City of Toyota Stadium, as the Springboks ran up the largest margin of victory so far at the tournament in Japan. 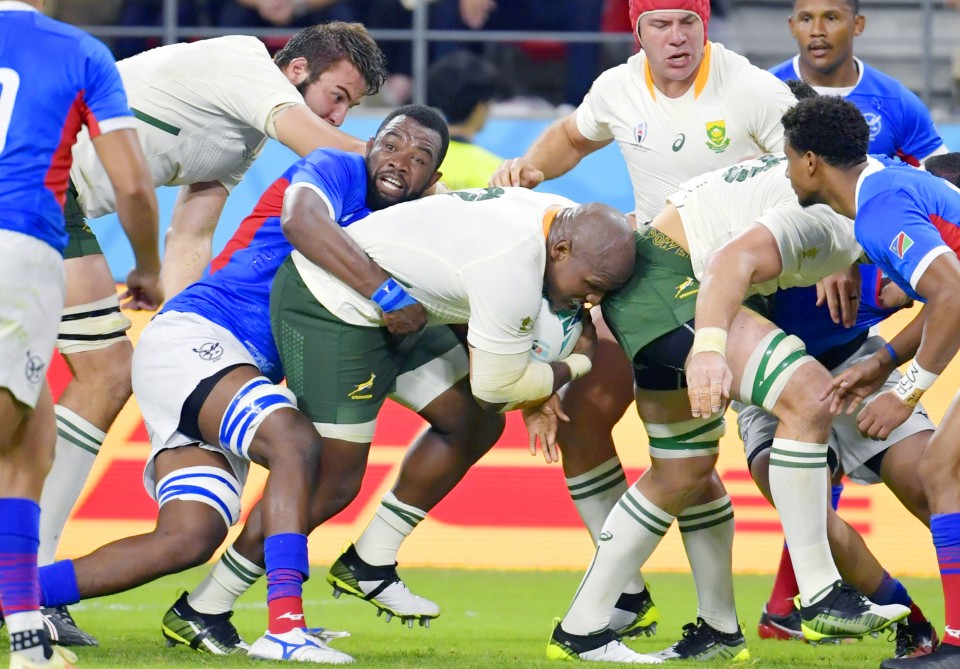 (Mbongeni Mbonambi of South Africa bursts on his way to scoring a try during the first half.)

South Africa's first Pool B win momentarily moves them into second place behind Italy thanks to the bonus point, but New Zealand have yet to play their second game and will leapfrog the Springboks with a win.

South Africa dominated from the outset, with the difference between the teams perhaps best illustrated whenever a scrum packed down. As soon as the push was on, the Namibians looked like they were standing on ice as they were shoved backward on almost every occasion. 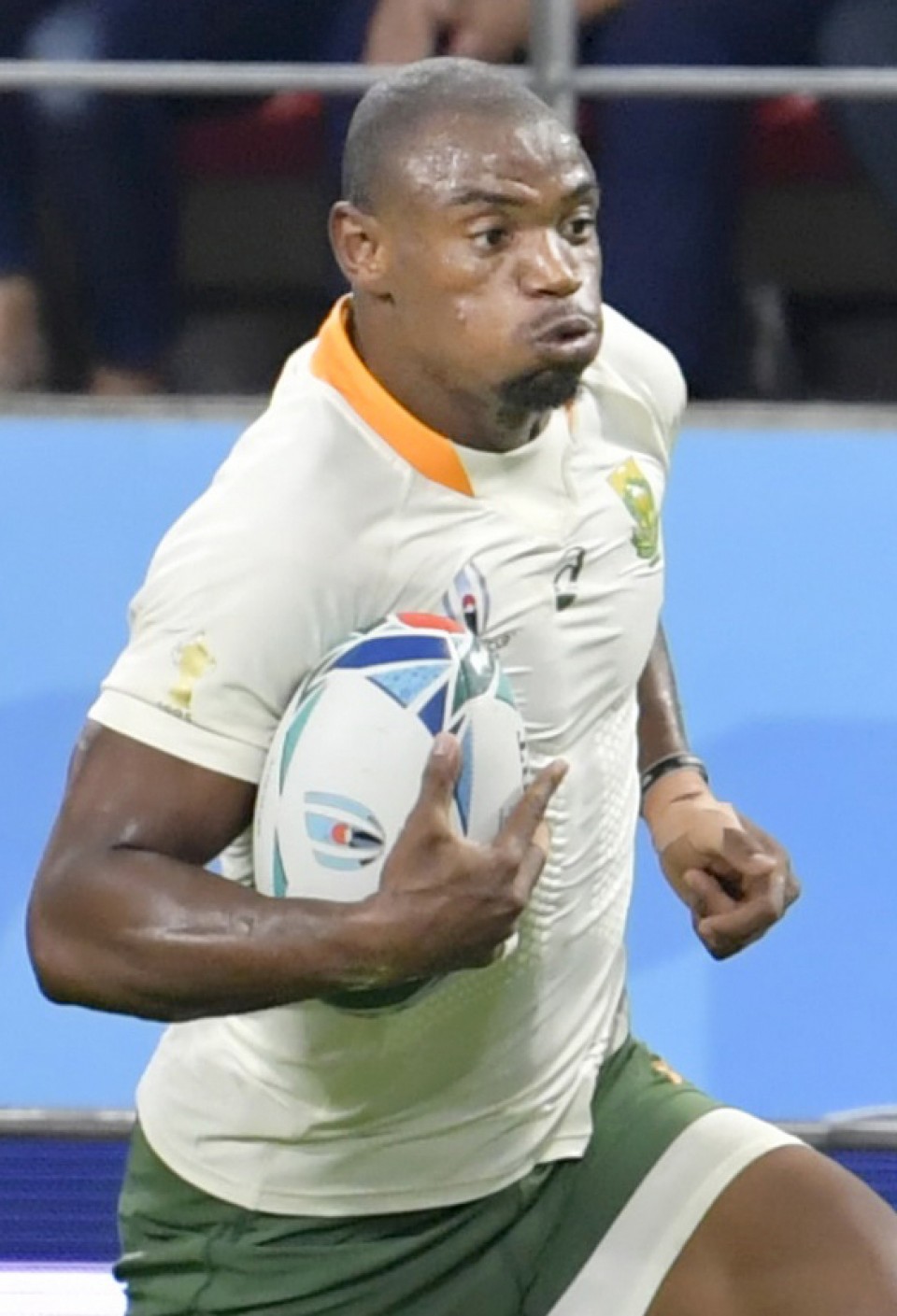 (Makazole Mapimpi of South Africa runs with the ball during the first half.)

South Africa coach Rassie Erasmus will not be totally satisfied, however, as his team looked disjointed at times and made mistakes that could have been costly against more formidable opposition.

He put his team's struggles down to the conditions, with the humidity causing the ball to be difficult to handle.

"It's difficult to explain to people how tough it is to handle in those conditions...It is always easy in the first 15-20 minutes, the ball is going to stick and then it is going to be impossible to handle the ball," he said.

"For us, overall, there were a few boxes ticked. Certainly, not a perfect performance, certainly a lot of work to do."

Mbongeni Mbonambi and Makazole Mapimpi scored two tries each, while Francois Louw, Lukhanyo Am, Warrick Gelant, Siya Kolisi and Schalk Brits each went over once.

Despite South Africa's big score, the deficit was much smaller than in the teams' two previous test matches.

South Africa won by 92 points in 2007 and 87 in 2011, so Saturday's 54-point margin is one point of pride the Namibians can take into their next match which, unfortunately for them, is against the All Blacks.

"Overall, we are progressing. We played Italy last week. We were very competent in some facets of the game as we were tonight, our lineout against arguably one of the best lineouts in the world coped well," said Namibia coach Phil Davies.

"There are lots of positives and that is what we have to take out of it to take on New Zealand next week."

The Springboks next play Italy, with the game a must-win if they want to continue their run of never missing the quarterfinals at the World Cup.