Things are all set in Kamaishi to host Rugby World Cup games this fall following the completion of its stadium, with the small northeastern Japan city eager to showcase its recovery from the March 11, 2011 earthquake and tsunami.

Kamaishi Recovery Memorial Stadium will host its first match on Saturday since the recent completion of temporary stands that will hold about 10,000 spectators, boosting total capacity to 16,000 for the two World Cup games it will host. 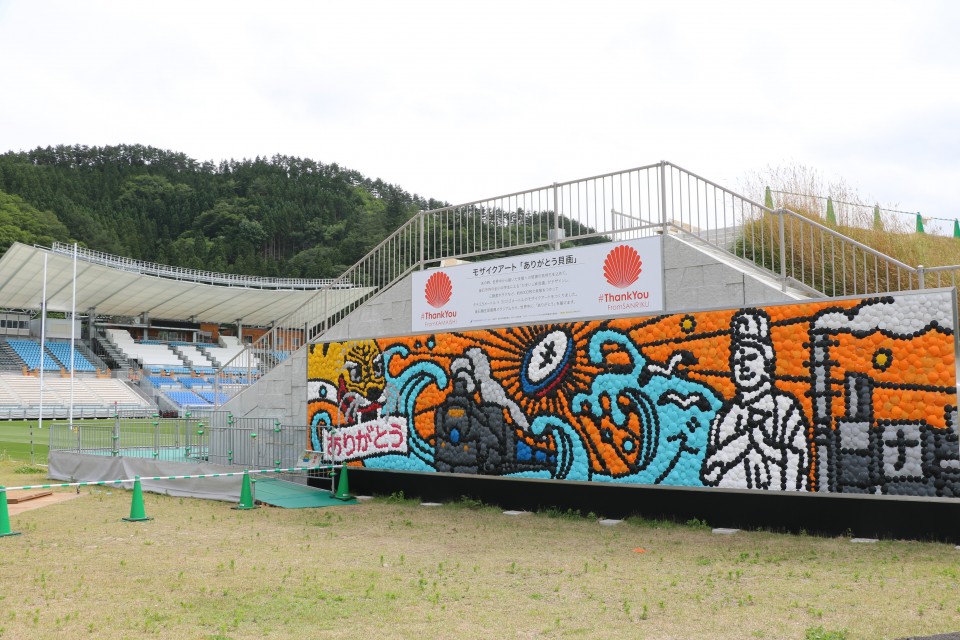 (Photo taken on July 8, 2019, shows a wall art at the Kamaishi Recovery Memorial Stadium, a venue for the 2019 Rugby World Cup, in Kamaishi, Iwate Prefecture.)

Both World Cup organizers and city officials view Saturday's game -- a Pacific Nations Cup clash between Japan and Fiji -- as a dress rehearsal for rugby's world showpiece, which begins Sept. 20. The stadium will host group-stage matches between Fiji and Uruguay on Sept. 25 and between Namibia and Canada on Oct. 13.

"I'm sure some issues will come up after hosting Saturday's match, and we have to try to solve them by the start of the tournament," said Takeshi Nagata, a senior official at the city's Rugby World Cup 2019 Promotion Headquarters. 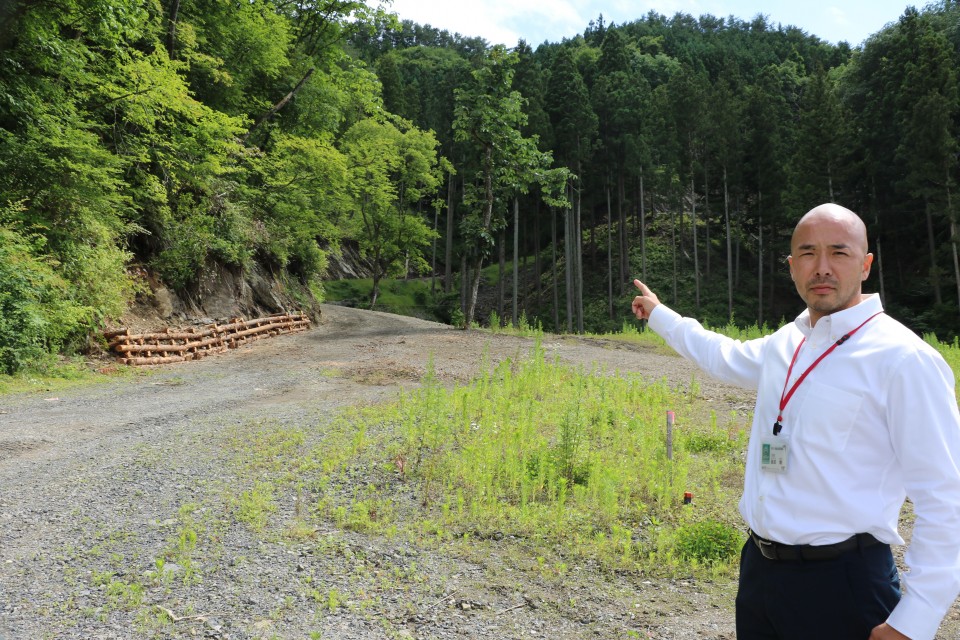 Standing on land that was devastated by the 2011 tsunami, the stadium stands out among Japan's 12 World Cup venues for the history behind it, said Nagata, a native of western Japan's Nara Prefecture who was on the books of the local club, Kamaishi Seawaves, when the disaster struck.

The only newly built venue for the World Cup, the stadium is located on ground formerly occupied by an elementary school and a junior high school, both of which were destroyed in the disaster. In all, the calamity claimed the lives of over 1,000 of Kamaishi's inhabitants and destroyed over 3,500 houses in the city.

To keep the memory of the disaster from fading away, a local community set up a monument near the stadium in June, with an engraved message saying, "Anata mo nigete" (you, too, should flee). 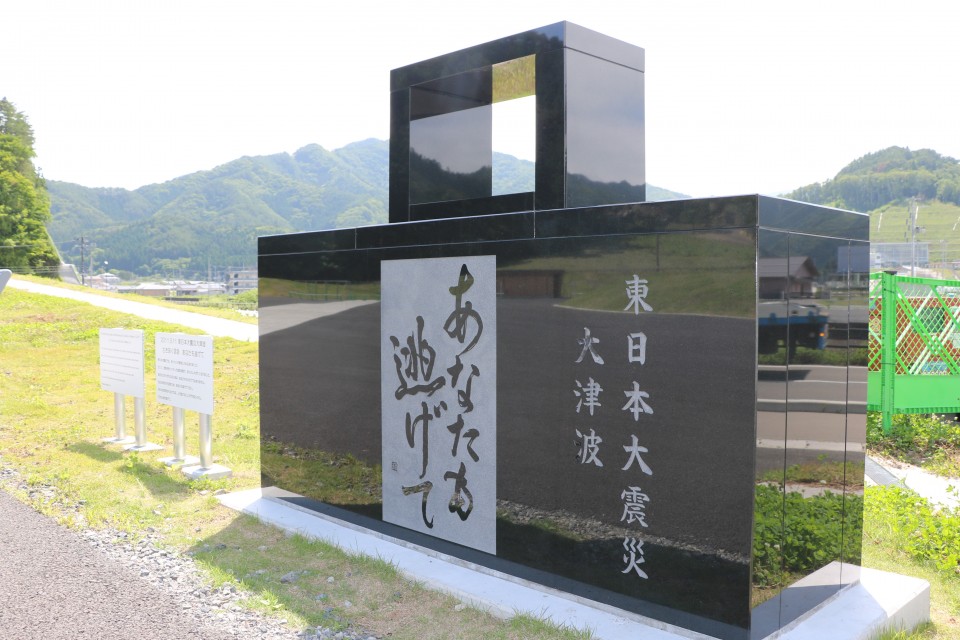 (Photo taken on July 8, 2019, shows a monument of the March 2011 earthquake and tsunami with an engraved message that reads, "Anata mo nigete (save yourself)," near the Kamaishi Recovery Memorial Stadium.)

With that painful history still fresh in people's memories, an evacuation plan was included in the stadium planning. An escape route toward high ground behind the stadium, 20 meters above sea level, has been secured, while staff members have been trained to guide visitors if an evacuation is needed.

The stadium's permanent features were completed last August with seating for some 6,000. Even with its current capacity of around 16,000, it is still the smallest of the 12 World Cup stadiums. Nagata said that by using the temporary stands, the city can lower annual maintenance costs to 30 million yen ($280,000).

Surrounded by mountains, sea and a river, "eco-friendliness" is also one of the stadium's characteristics. Wood from 800 Japanese cedar trees, which remained half-burnt in a forest fire two years ago in the city, were used to build 4,990 seats, 108 benches, two restrooms and other facilities. 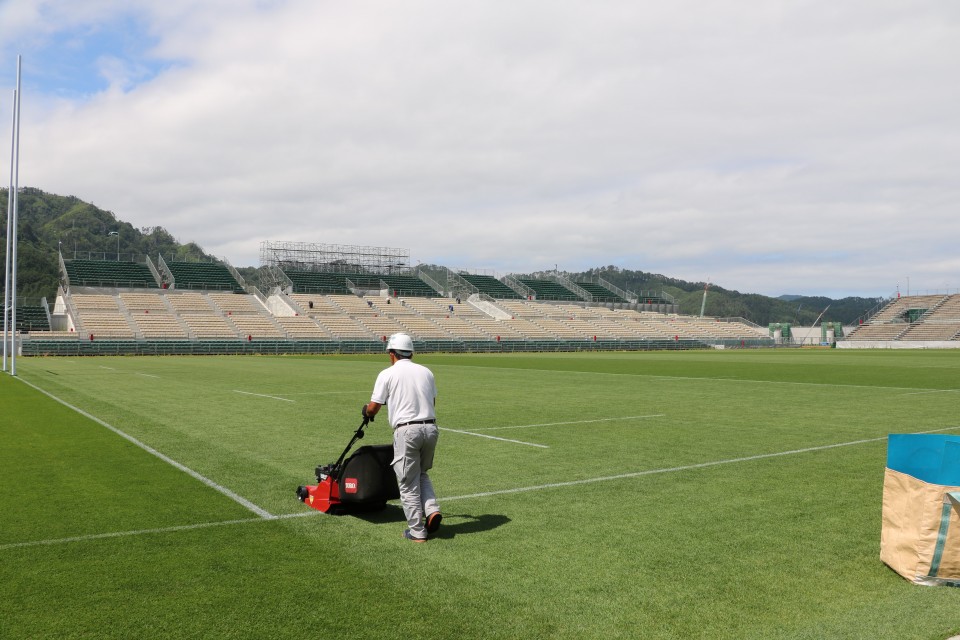 (A groundsman mows the pitch at Kamaishi Recovery Memorial Stadium on July 8, 2019.)

Visitors can get there by chartered buses that the organizers plan to provide from designated spots in Kamaishi and other cities such as Hanamaki and Morioka, which have shinkansen bullet train stations. Spectators can also reach the stadium on foot from Unosumai Station of the Sanriku Railway Co., which reopened the line serving the station in March.

Nagata said he hopes players and spectators will keep the city's history in mind during the World Cup matches in Kamaishi -- which he believes will "make the matches special."

"I think, by showing how lively the city has become, we can give our thanks to the whole world for the support we've got since the disaster," Nagata said.