As a member of the Kobe Steel team that swept all aside from 1989 to 1995 when they won seven straight All-Japan Championships, Eiji Hirotsu is eagerly awaiting this year's Rugby World Cup.

And, not surprisingly, he is particularly looking forward to watching games at Kobe Misaki Stadium (currently known as Noevir Stadium), where he played alongside Japan's "Mr. Rugby," the late Seiji Hirao. 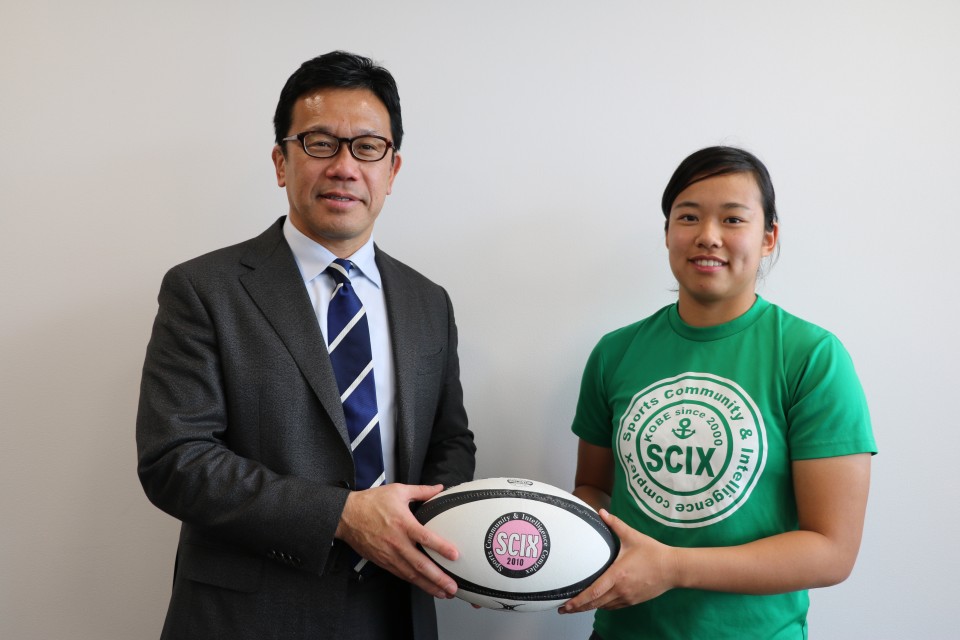 (Eiji Hirotsu and his daughter Haruka)

"The stadium's appearance has completely changed through upgrades, but it is one of the places where the Steelers made history. It's deeply moving that World Cup matches are going to take place on the field where I played with Hirao-san," Hirotsu, 51, said.

The history of rugby in the capital of the western Japan prefecture of Hyogo cannot be talked about without a mention of the Steelers, the Kobe Steel Ltd. team that won last season's Japan Rugby Top League.

The Steelers triumph revived memories of the legendary "V7" team, at the helm of which was Hirao, who died of cancer in October 2016 at the age of 53.

The Kyoto-native finished his career having won titles in all the domestic categories -- high school, university, corporate and national -- and he appeared in three straight World Cups from 1987, before coaching the national side in the 1999 tournament in Wales.

"He was such a motivating leader, and always respected the personality of each teammate," Hirotsu said.

He was also a driving force behind Japan's earlier efforts to host a World Cup and set up the nonprofit organization Sports Community & Intelligence Complex, or SCIX, in Kobe in 2000, in the hope of attracting regional development by promoting sports such as rugby.

"We have accepted many young people, for example, whose schools have no rugby club or who wanted to play rugby but balance it with their studies," said Norio Muto, 54, a SCIX rugby club coach who once played with Hirao at Kobe.

Nearly 100 players, most of whom are in their teens but whose ages range from 12 to 53, belong to the SCIX rugby club, including Hirotsu's daughter Haruka, who joined the club in 2013.

The 18-year-old has become a regular trainee at training camps for the women's Japan sevens national team, and has set her sights on the 2020 Tokyo Olympics.

Influenced by her father and elder brother, Haruka began playing non-contact "tag rugby" some eight years ago. She also played basketball for nearly six years in school, and was picked as a Hyogo Prefecture basketball representative while at junior high school.

In the past, she debated whether or not to devote herself to playing basketball, but chose rugby in the end, saying "I just love rugby. It's super fun."

Set to study at Waseda University from April, she will continue her rugby career with the Yokogawa Musashino Artemi-Stars, a Tokyo-based women's club.

"Through the World Cup, I hope more and more people get interested in women's rugby, too. That will inspire me to do my best to be chosen as a Tokyo Olympic member. In doing so, I want to repay those who have supported me with their kindness," said Haruka.

While the SCIX players are supporting local grassroots rugby and talking eagerly of the World Cup, there are some who say Hirao would not have been so vocal.

"Whenever we met, we would talk about only silly things," said Tetsuya Higashida, a former player for World Fighting Bull, a now-defunct rugby team run by Kobe-based apparel retailer World Co.

Higashida was in the same year as Hirao at Doshisha University in Kyoto, and currently serves on the committee of Rokko Rugby Football Club, successor of the Fighting Bull, which suspended its activities in 2009 due to a shortage of players.

"We never talked about the World Cup, but I believe Hirao was the one who really wanted it to be held in Kobe," said Higashida. 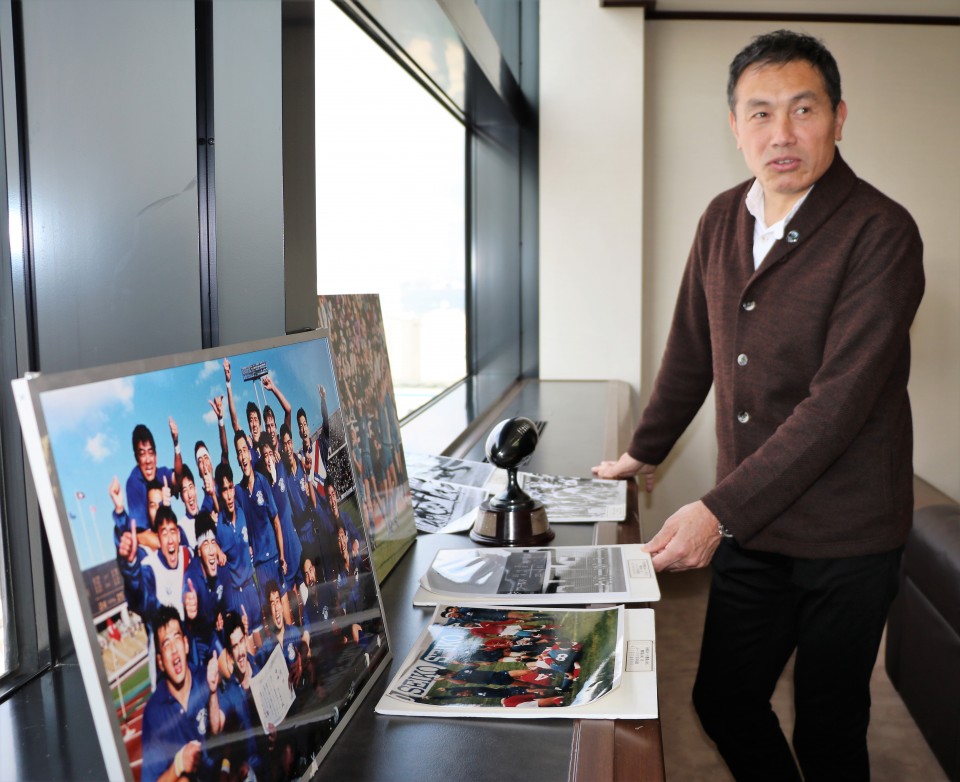 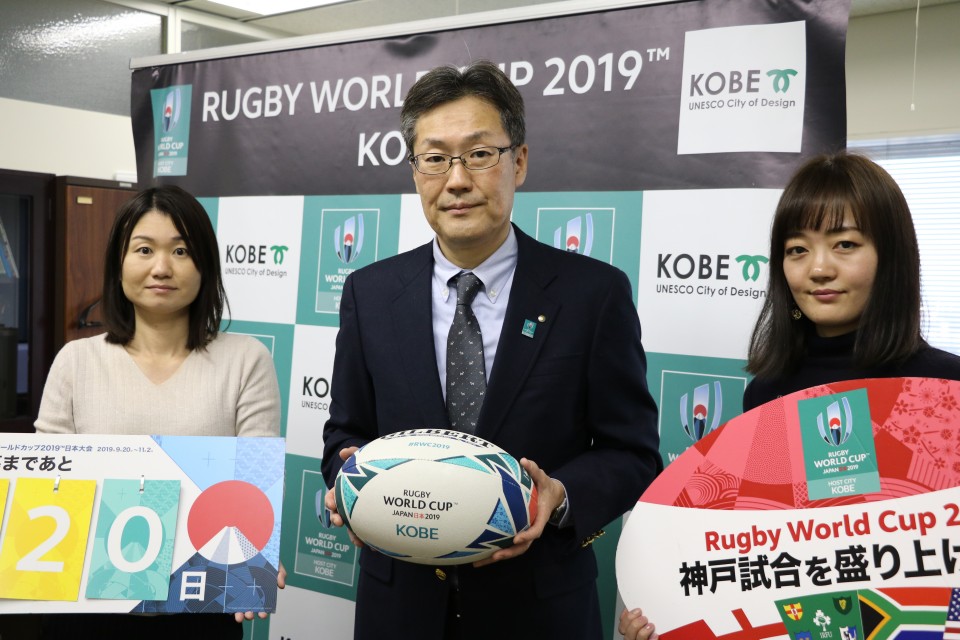 Noevir Stadium, which holds about 30,000, will host games between England and the United States on Sept. 26, Scotland and Samoa on Sept. 30, Ireland versus Russia on Oct. 3, and South Africa and Canada on Oct. 8.

The port city Kobe put forward its name to be a RWC venue in June 2014, five years after Japan was named as the host country.

"I thought we should aim (to be a host city) when I first heard the situation, because we had a rugby powerhouse in Shin-ko," said Kenji Okada, 59, a Kobe City high official, referring to the Steelers' nickname.

Okada, who became the head of the sports bureau in April 2014, said he asked Hirao for advice the following month, and was read the riot act. "He was like, 'Why are you guys so relaxed? Other candidate cities have already started working on it!'"

Hirao was a director for the RWC 2019 organization committee, and that is why he could not publically say he wanted the games brought to Kobe, Okada figures.

"Hirao-san was virtually a symbol of Kobe, and as a result, he played the role of appealing for the city, even without saying anything. We owe our success to him," said Okada.

Yasunori Kanemura, 55, another former player of the Fighting Bull, however, is anxious. He wonders if it is the right time for Japan, which is less steeped in rugby culture, to host such a big competition. 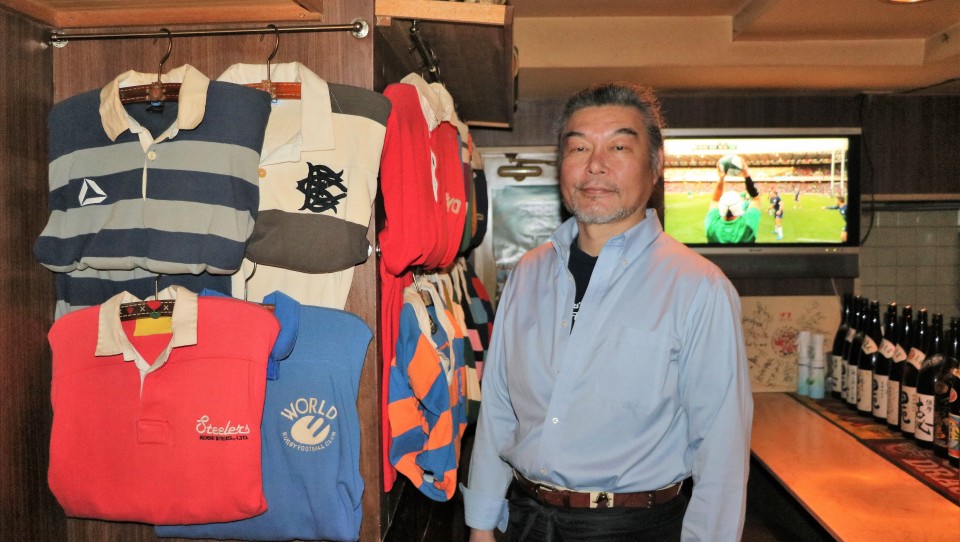 "Of course, I think Hirao-san would be delighted at a Japan-hosted World Cup, but at the same time, I bet he felt, just like me, that it will be a big job."

According to Muto, one of the big challenges following the tournament is arranging venues and opportunities so that people can play rugby after watching the sport's showcase event.

"I hope SCIX-like bodies will be established one after another across the country. If that happens, Japan's rugby scene will change remarkably," Muto said. 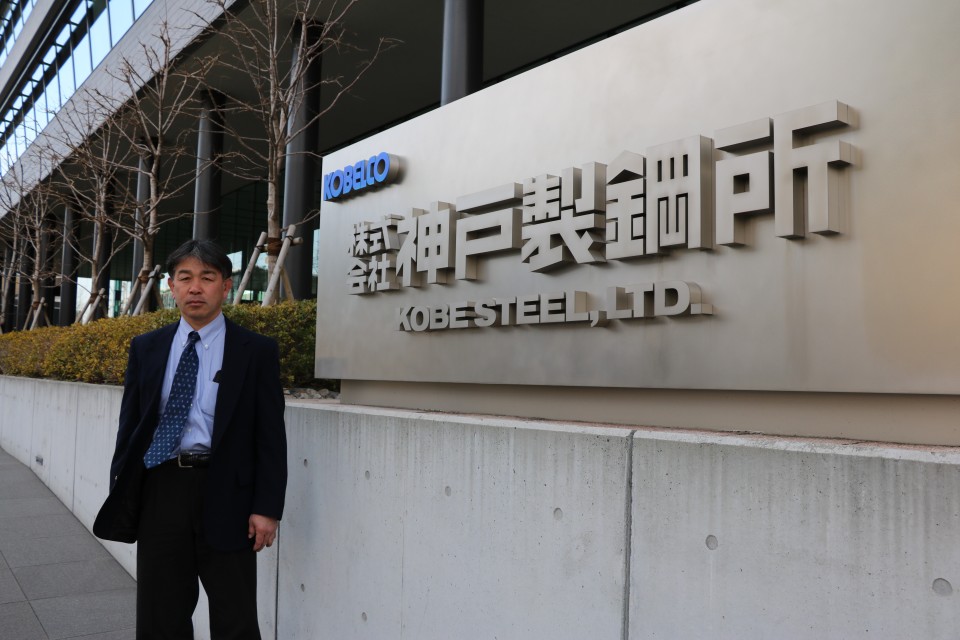 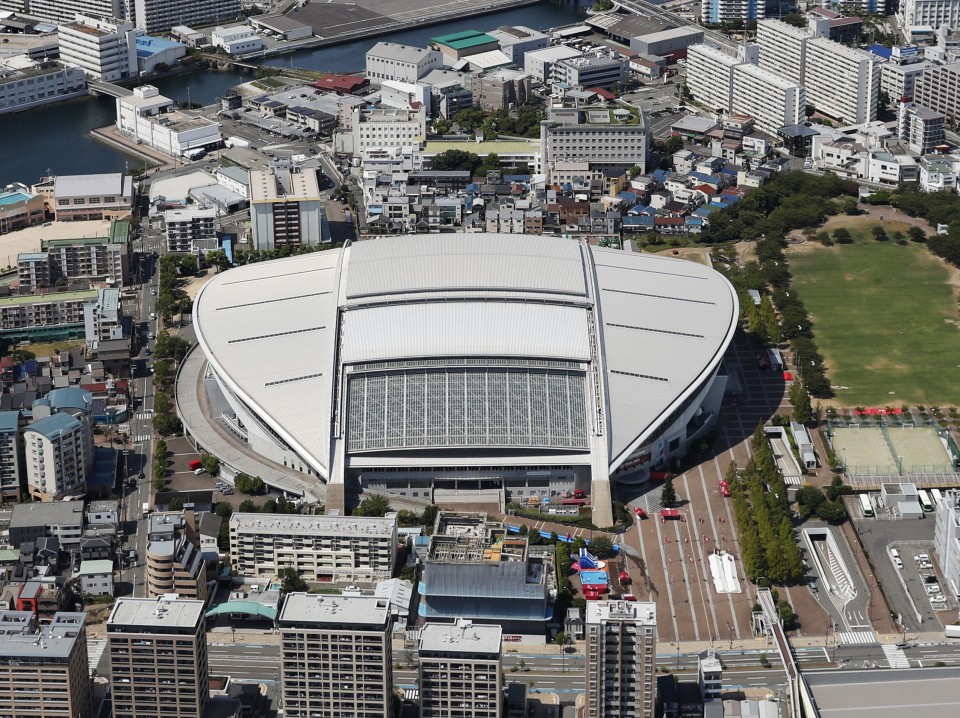 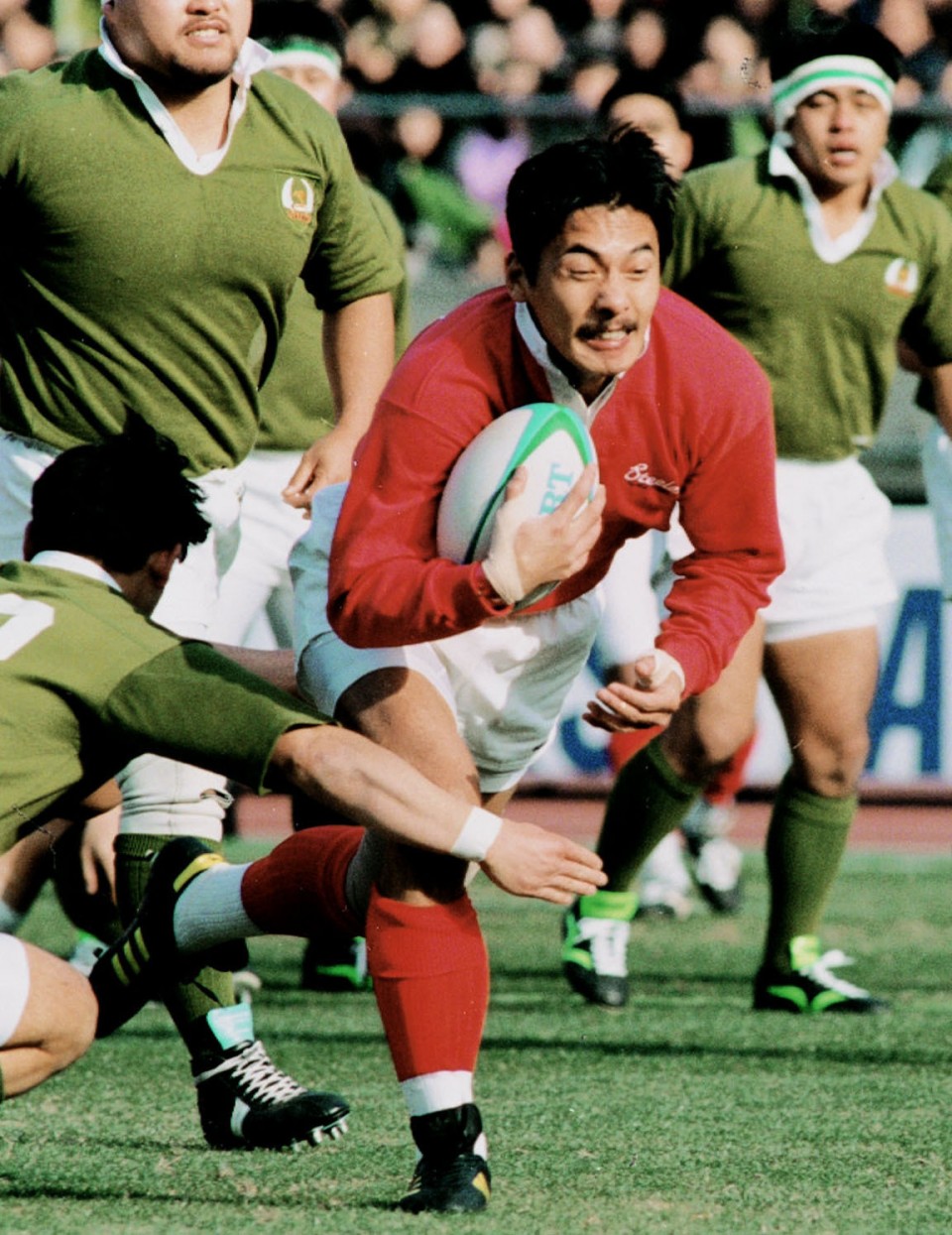