Kobe thrives as int'l port city with history made by Westerners

For over 150 years, Kobe has thrived as one of major cosmopolitan cities in Japan partly due to great works by Westerners, and foreign visitors for Rugby World Cup games may feel the history made by their ancestors across the city.

The English House, a two-story mansion with a colonial-style exterior designed by a British architect, was built in 1909 as a clinic and home of a German doctor and is now a tourist spot located in the Kitano district, a former residential area for foreign merchants. 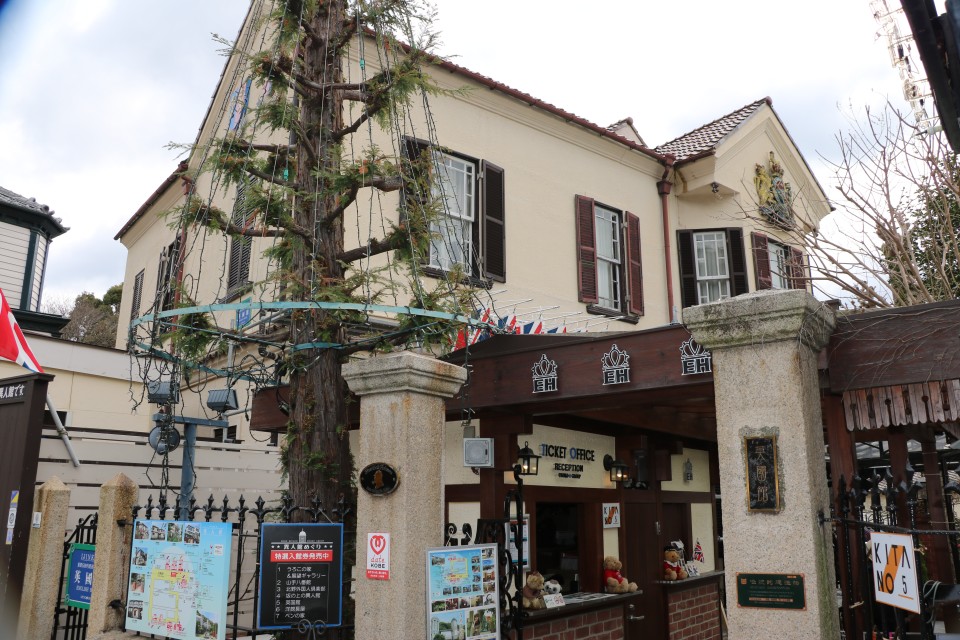 "Western people seldom visit here. But when they come, they say they feel as if they are staying at home," said Tomoka Sakihara, senior manager of Ijinkan Uroko Group, the operator of the house.

This mansion's most distinctive feature may be that it turns into an English pub named "King of Kings" at 5 p.m. "I'd like visitors to drink while sensing the atmosphere of Kobe's old days," said manager Hideaki Yasukawa. 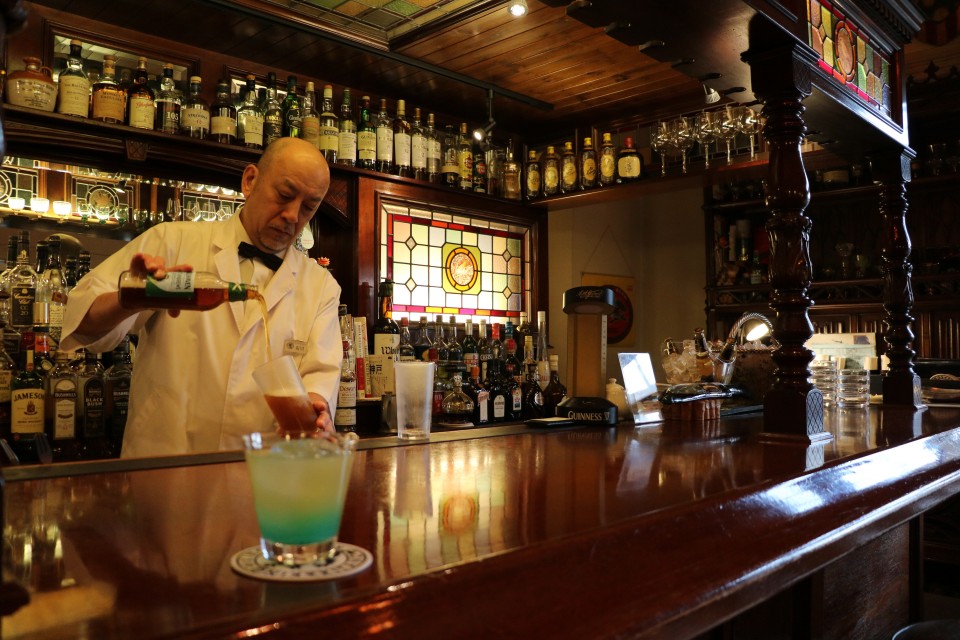 He is planning to serve special cocktails themed on each of eight national teams which are scheduled to play in Kobe during the RWC, including England, Scotland and Ireland.

Since the opening of its port in 1868, various modern Western cultures including sports such as soccer, golf, tennis, and of course rugby, have been brought to Kobe.

Kobe Regatta & Athletic Club, or KR&AC, is supposed to have played a large role in spreading rugby in Kobe and the Kansai region of western Japan. Alexander Cameron Sim, a Scottish pharmacist, established the club in 1870 as a membership organization for the international community, offering sporting and social activities.

"Here is the oasis, and my second home where I can relax. I can meet friends, eat, drink, talk about and play sports," said Alan Gibson, senior editor of the J Soccer magazine. 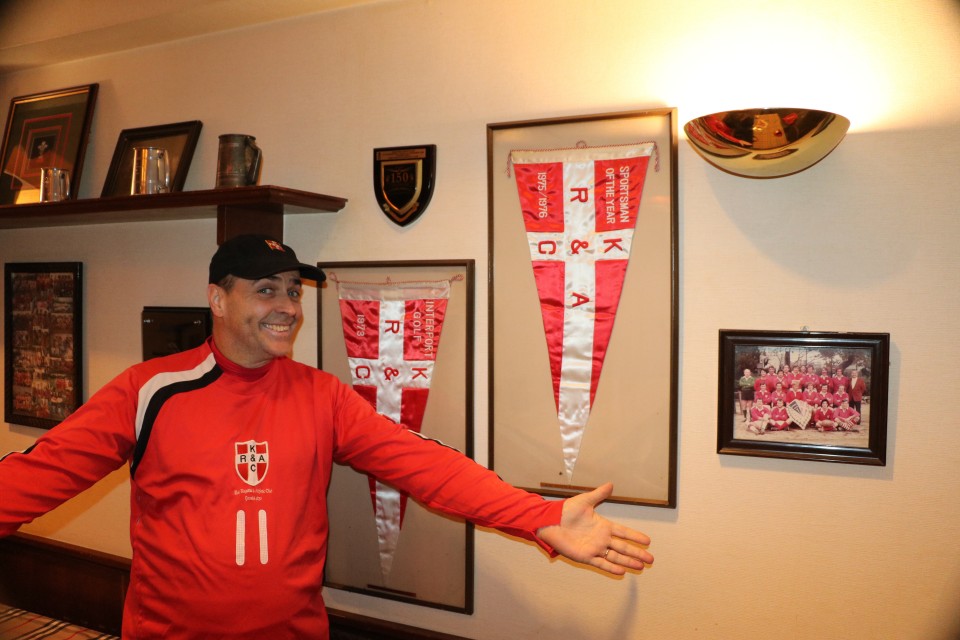 The 57-year-old Englishman became a KR&AC member just a few months after he moved to Kobe in November 1988.

Sim's grave is in the Kobe Foreign Cemetery in the city's northern mountainous area. And in the same cemetery is the grave of another Englishman who is dubbed "the father of Japanese rugby," Edward Bramwell Clarke.

The origin of playing rugby in earnest in Japan is said to be when Clarke, then teacher at Keio University in Tokyo, began teaching his Japanese students the game in 1899. The students played matches with KR&AC regularly.

In 2017, a monument of honor was erected in front of his grave by "Kokko-kai," a group of old boys from Keio University Rugby Football Club. 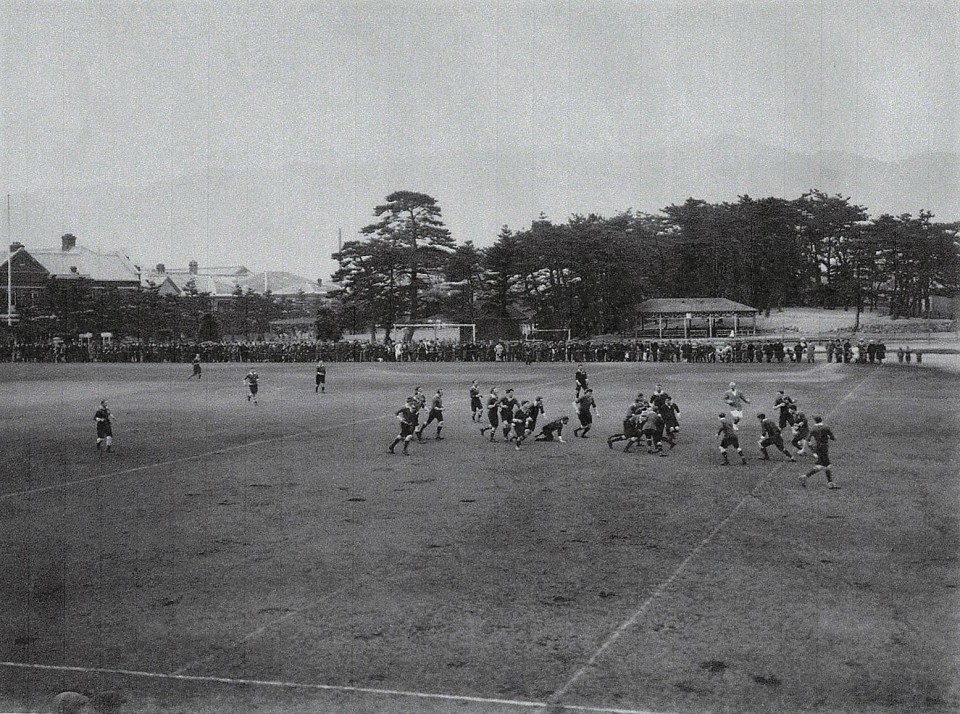 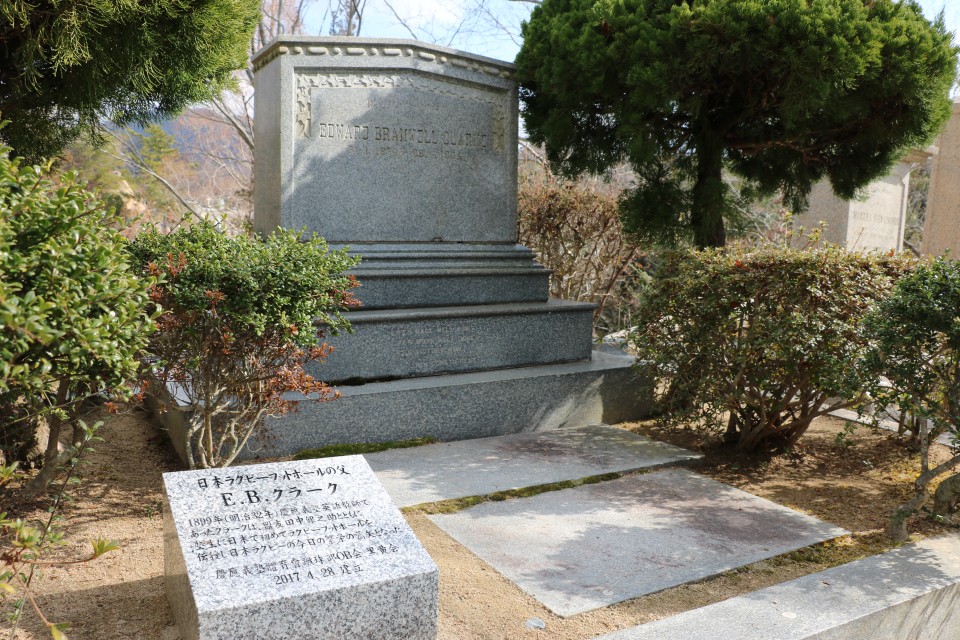 (The grave of Edward Bramwell Clarke in Kobe)