Yusuke Yamada, a 20-year-old prop forward for the Toyota Industries Shuttles, is one of the many rugby players excited about Toyota, central Japan, hosting the 2019 Rugby World Cup.

Yamada, who hopes to one day play for Japan's Brave Blossoms and the Sunwolves, Japan's Super Rugby franchise, says he wants to use the event to inspire children, particularly those who have had a tough upbringing. 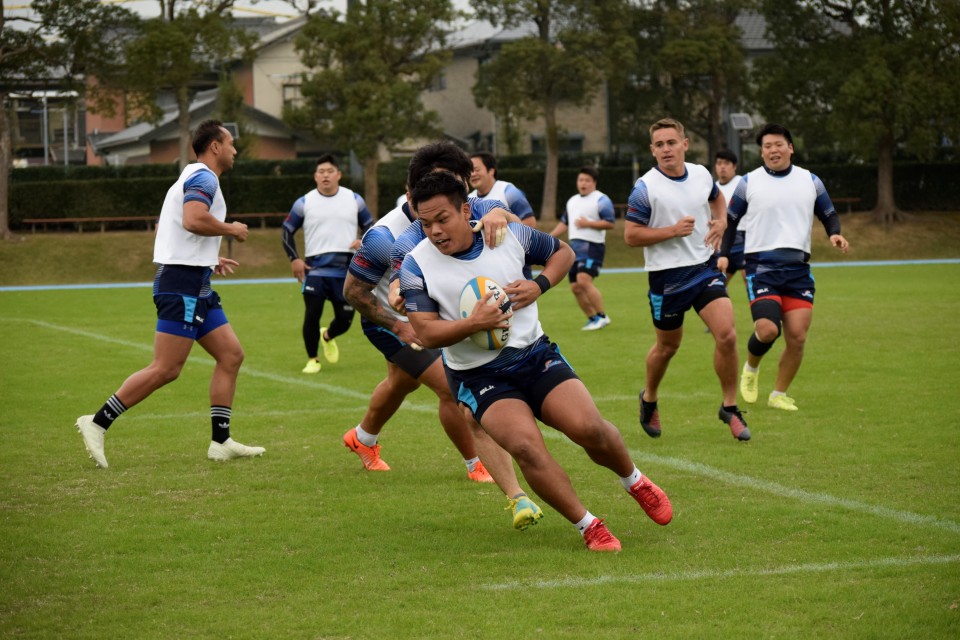 "I want to prove myself and show younger players that even a high school graduate, a nobody like myself, can actually become somebody."

Yamada, a promising junior who played in the 2018 World Rugby Under-20 Championship in France, said he went through academic and financial difficulties and without the support of his teachers and friends, he would have never been able to continue playing rugby.

Born the youngest of five, Yamada looked up to his older brother who played rugby and started playing himself in junior high school. 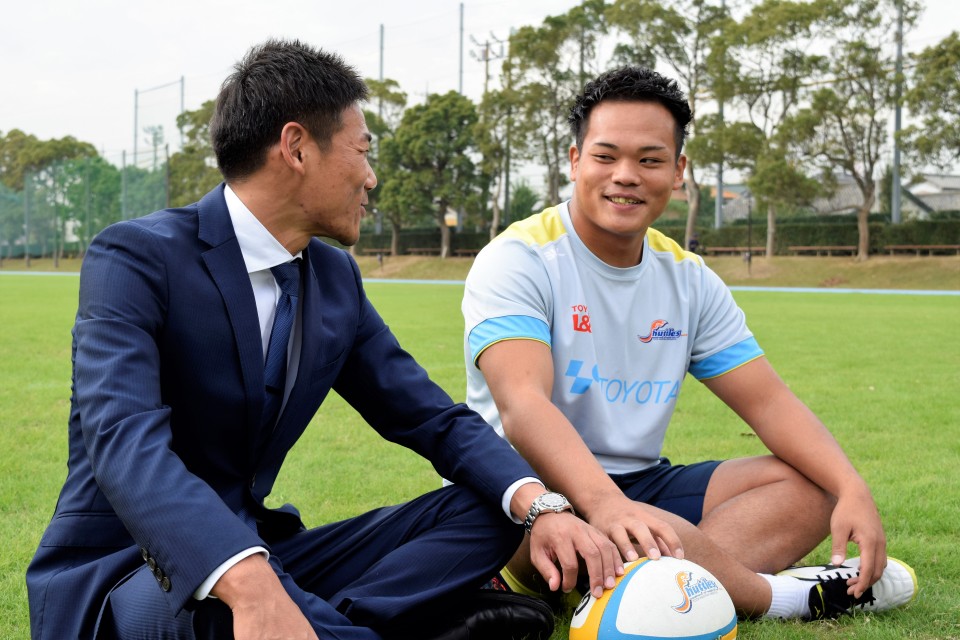 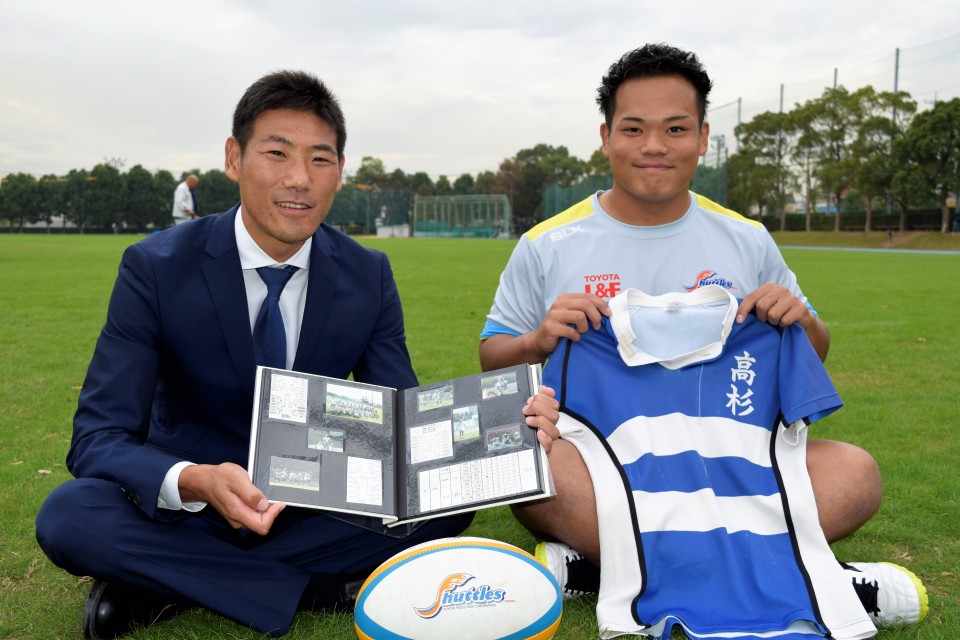 Although many high schools were interested in recruiting Yamada to their rugby team, most required him to pass a tough entrance exam.

"Until late in the second grade in junior high school, I thought I would just go to any school that accepted me... and for life after that, I thought I could get by somehow, like by working at construction sites," said Yamada, adding that he only went to school to play rugby.

But as Yamada played in more games, he said he gradually gained self-confidence. "I realized that this was something I was better at than others."

With his friends and homeroom teacher voluntarily taking time for one-on-one lessons, Yamada studied until 7 p.m. every day in his final months before graduation. He successfully enrolled in a school that regularly participated in the annual national high school rugby tournament.

During high school, Yamada said he realized that "rugby is something that enriches your humanity" and it was something he wanted to pursue as a career.

However, his family was struggling financially.

"Sometimes we fell behind in paying regular club expenses and travel fees to go on the road," Yamada said. "We also had to pay my dormitory fees."

Although his mother told him that she could send him off to university, Yamada decided not to go. One university offered a tuition exemption but he still turned it down because he could not afford the monthly expenses of 160,000 yen ($1,400) related to rugby.

The coach of the university, however, introduced him to a Shuttles recruiter, which led to his joining the Top League team.

"I owe what I am now to all the help from others. I don't take it for granted that I've been able to play rugby. I'm grateful," Yamada said. "I want to become a player who people cheer for and is supported by others."

Just like Yamada thrived with rugby, the city of Toyota, where Toyota Motor Corp. is based, sees hosting the first World Cup outside the sport's traditional heartlands in Tokyo and Osaka as a chance to invigorate the community.

The supporting committee for the World Cup in Toyota and Aichi has actively created opportunities for local youths to gain international experiences.

In September 2015, only about six months after the city was named as a host, 27 students from each junior high school in the city were dispatched to England to watch the Rugby World Cup that year and took part in promoting the city near the venue. 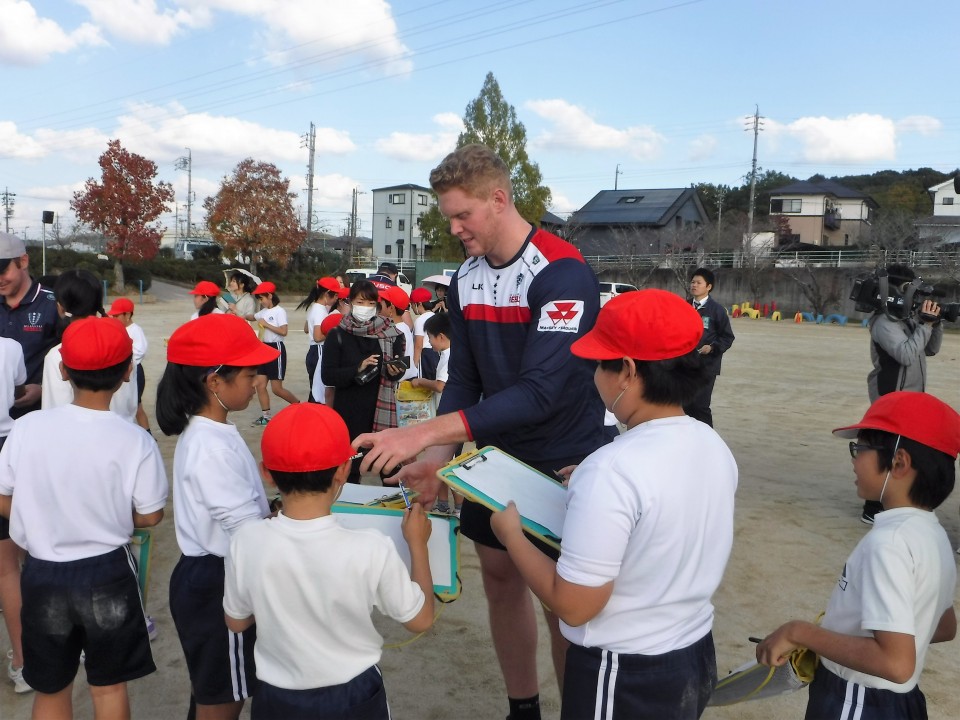 When South Africa's Cheetahs and Australia's Melbourne Rebels were invited to the prefecture for an international friendly in 2016 and 2017, respectively, the supporting committee held events for local students to participate in, including coaching sessions by top players, both Japanese and foreign.

Elementary school students in Asuke district, a tourist site famous for its colored maple leaves in the fall, members of the Cheetahs and the students made the local specialty, Gohei mochi rice cake, together, with the Japanese children giving advice to the players.

"All the children had twinkles in their eyes as they instructed the players," said Yasuyuki Umemura, an official of the local government and a member of the local supporting committee for the world cup.

"We want to make hosting the Rugby World Cup 2019 an opportunity for people, especially for children, to meet with various people from around the world." 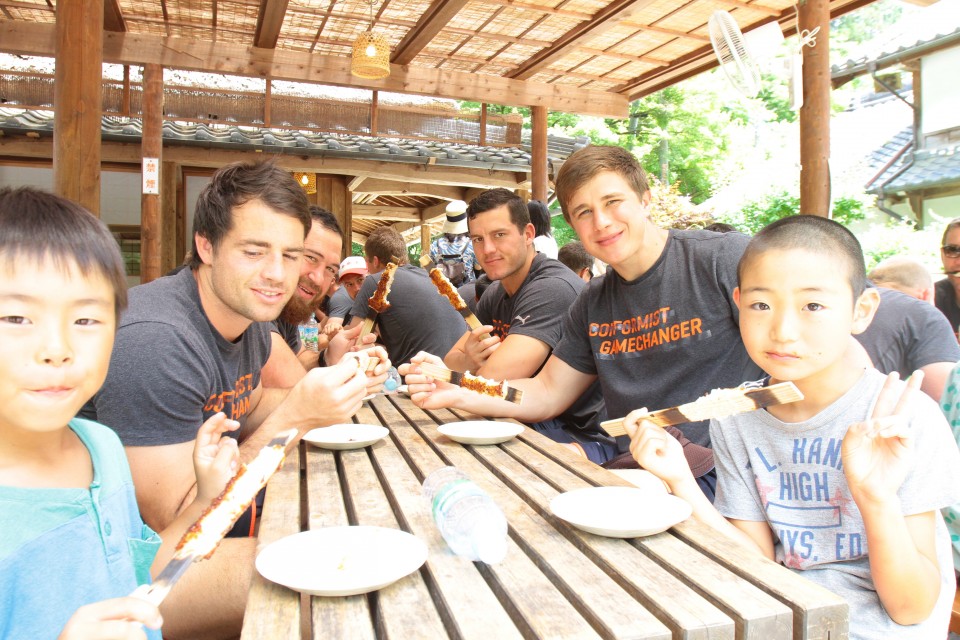 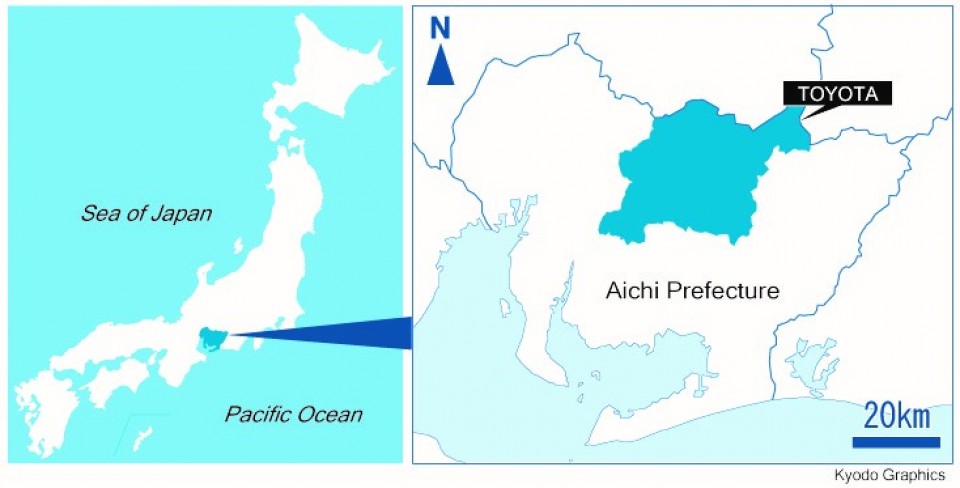