The city of Kumamoto will take advantage of next year's Rugby World Cup in Japan to revive its flagging tourism industry by offering visitors special access to a famous castle which is undergoing repairs following a pair of powerful earthquakes in 2016.

The quakes, which both measured the highest reading of 7 on the country's seismic intensity scale, brought down more than 30 buildings in Kumamoto Castle Park, including some turrets built in the 17th century as well as the main and sub towers rebuilt in 1960.

The distinctive design of the stone walls, part of an old samurai fortress that has in the past drawn many foreign tourists, were badly damaged, with about 30 percent on the castle premises having partially crumbled or completely collapsed during the quakes, according to city officials. 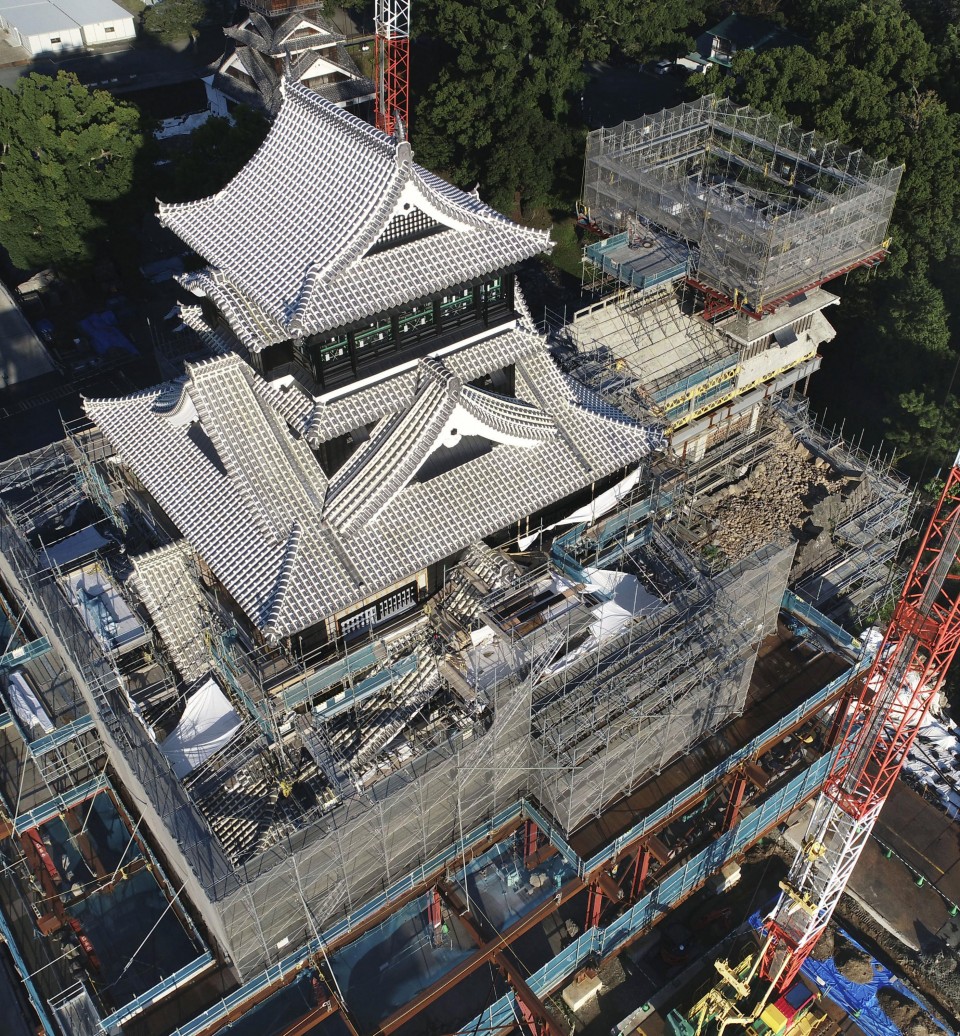 The massive damage prompted local authorities to close off the whole site to allow for reconstruction work. They were also concerned about possible further damage to buildings and stone walls.

Currently, tourists can only enjoy a view of the castle's signature towers and some turrets from outside the park. But the city will allow access to a square near the towers so they can take a closer look from Oct. 5 to 14 next year. Kumamoto hosts two World Cup games on Oct. 6 and 13.

The square will continue to be open on Sundays and national holidays even after the conclusion of rugby's showpiece event. The inside of the towers will reopen to the public in 2021 after restoration is completed, according to the officials.

In just a 90-minute drive from Kumamoto, tourists can also feel the heat of an active volcano at Mt. Aso.

The mountain with five peaks and a number of craters is located in the center of one of the largest calderas in the world, stretching 17 kilometers from east to west and 25 km from north to south. It was formed in a series of enormous eruptions about 90,000 years ago and the volcano remains active today. 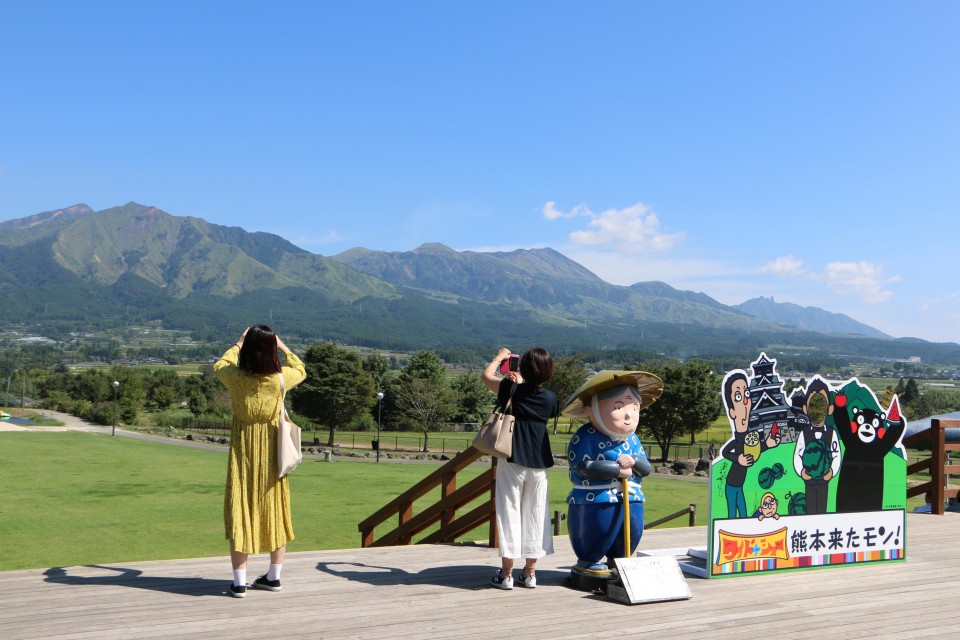 In addition to a variety of hot springs, including internationally famous Kurokawa Onsen resort, splendid mountain and cattle pasture scenery along and in the caldera attracts tourists to the Aso area.

However, massive landslides caused by the April 2016 temblors destroyed major bridges and a railway between the Aso area and Kumamoto, which led local authorities to discourage tourists from visiting.

After two and a half years, some of the damaged bridges and roads have been repaired, including a main access route to the crater at Mt. Aso.

"You can have the rare experience of looking closely at an active volcano's crater here. In the near future, I would also like to offer tourists many activities such as agricultural and pottery experience tours," said Kenji Kawatsu, chairman of a local tourist bureau in Minamiaso.