When Sapporo hosts two games for the Rugby World Cup next year, the party will be in full swing as rugby mania sweeps across the city.

Irish pub Brian Brew, a pub where rugby reigns supreme in the heart of the Susukino entertainment district, is certainly looking forward to capturing the festive atmosphere.

"In 2015, not many people from Japan went to England to see the World Cup, but this time, since it is in Sapporo, we can all get excited together," said Brian Brew manager Kazunari Takahashi, 35. "We are all looking forward to it since there is only about a year to go."

Ryusuke Hasegawa, president of Brian Brew, opened the second branch of the Irish rugby pub in June 2004. The first and second outlets serve up Guinness on tap, Kilkenny ale and hearty meals, including shepherd's pie.

"When our president went traveling around the world he saw how closely pubs and rugby were linked. He wanted an Irish pub where he and his rugby teammates could drink together after rugby games," explained Takahashi at the pub one day in early September.

There were a number of rugby players, fans and some lively members of the Hokkaido Barbarians amateur rugby club on hand to watch a clash between New Zealand's All Blacks and Argentina in the Rugby Championship, contested by four southern hemisphere teams also including Australia and South Africa. 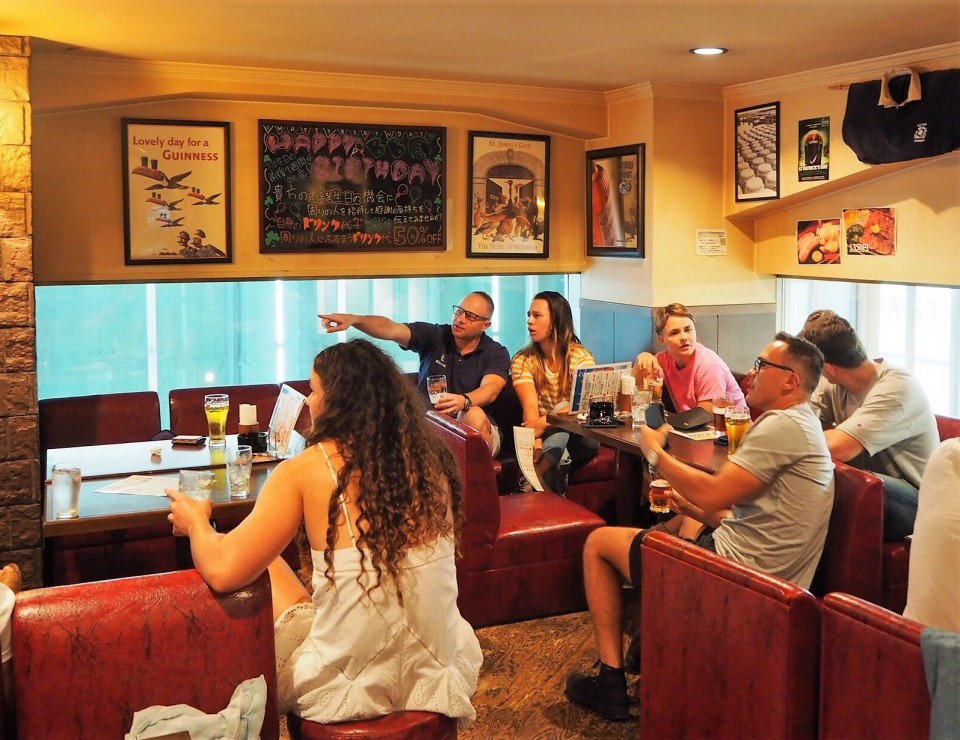 Two days earlier, a powerful earthquake had rocked Hokkaido, triggering blackouts, power outages and wreaking havoc across the prefecture, causing many shops to shut in Sapporo and outlying areas. Many businesses in the area were still without power.

"We reopened today," said Takahashi. "The Rugby Championship game is happening and we knew that there would be people coming out to watch. The earthquake has really been tough on everyone but the fact we could get people together like this lifts their spirits."

Eri Onodera, 43, an avid rugby fan from Sapporo and regular at Brian Brew, said, "I love that everyone gets excited while we watch rugby and feels the dynamism. I love the manliness of the sport."

As of Sept. 20, marking the one-year countdown until the World Cup, 70 percent of tickets nationwide had already been sold via 2.5 million applications in pre-sales. The general sales ballot received over 300,000 applications.

Australia will play Fiji Sept. 21 next year while England will take on Tonga the following day at Sapporo Dome.

"There are only two matches but they're going to be big ones. So we want to welcome not only people from Sapporo but people from overseas and around Japan. I think that is the beauty of rugby, bringing people together," said Takahashi, who also plays rugby.

Added Onodera, "I think the World Cup will be exciting but we need to promote it more here in Sapporo and get everyone to come out since they'll be some really great match-ups." 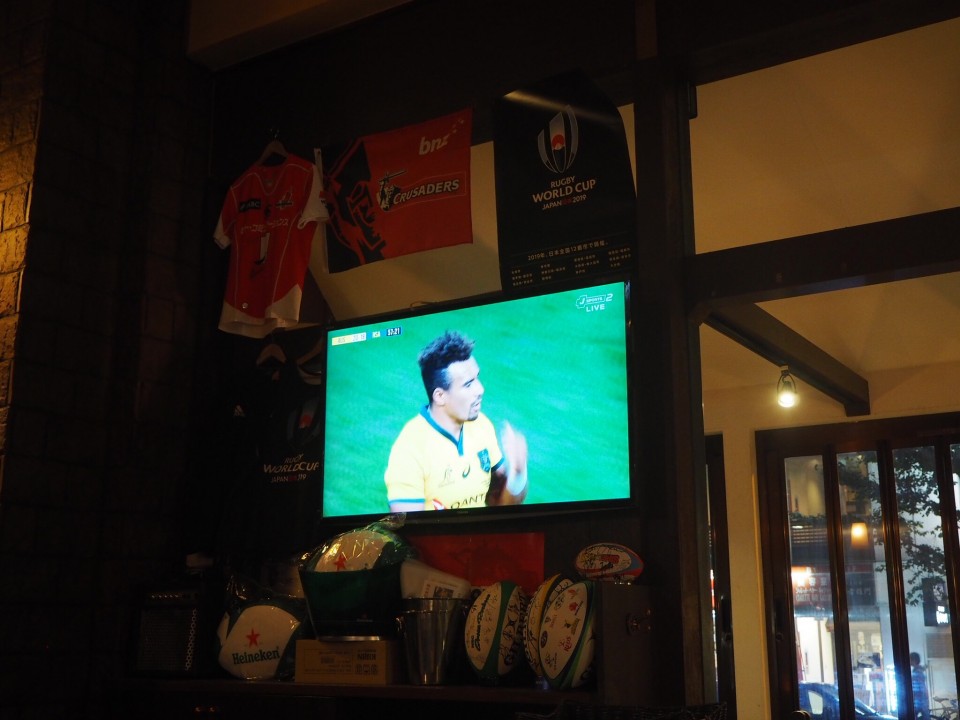 Ken Dobson, 31, the coach of the women's sevens side for Hokkaido Barbarians -- Barbarians Diana -- was among a handful of the club's players watching the action on the upstairs TV to hoots and hollers and a steady flow of drinks.

Dobson, who is half Australian and half Japanese, will be working as a part-time translator for matches during next year's World Cup. He said Sapporo needs to keep the buzz going from the 2015 World Cup, when Japan shocked the world by beating powerhouse South Africa in their opening match.

"Without 2019, all that excitement would've probably built to nothing. Japan is totally all about booms and as soon as you fall out of relevancy it's gone," he added.

"But Sapporo loves rugby. The government does a lot of funding for it, so it's going to be good," he said.

Bri Rossato, 23, a forward with the club's sevens side from Australia, admits rugby culture is still in its infancy in Sapporo but the potential for growth is there, she said. Brian Brew doubles as the Barbarians' official clubhouse for parties and celebrations after competitions and socializing with teammates.

"We don't see that much of a rugby culture in Sapporo, mainly because all of our tournaments are spread out over Japan," Rossato said. "But there's always room to grow. We try to get out into the community to promote rugby locally and advertise the Barbarians as a brand."

The link for Brian Brew is http://www.brian-brew.com/bb/