About an hour's drive south of central Sapporo is the hot springs resort of Jozankei, a town nestled within the lush valley of the Toyohira River.

Popular as a tourist destination for its onsens and brilliant red and yellow autumn foliage, Jozankei has a well-kept secret: it is also a rugby sanctuary for the Hokkaido Barbarians, whose grounds will be used as a training facility for the 2019 Rugby World Cup in Japan.

Sapporo, which will host two games in next year's rugby World Cup, has a rich history of hosting international sports events. Aside from the 2002 soccer World Cup, the city also hosted the 1972 Winter Olympics, and is also home to professional baseball and soccer teams. 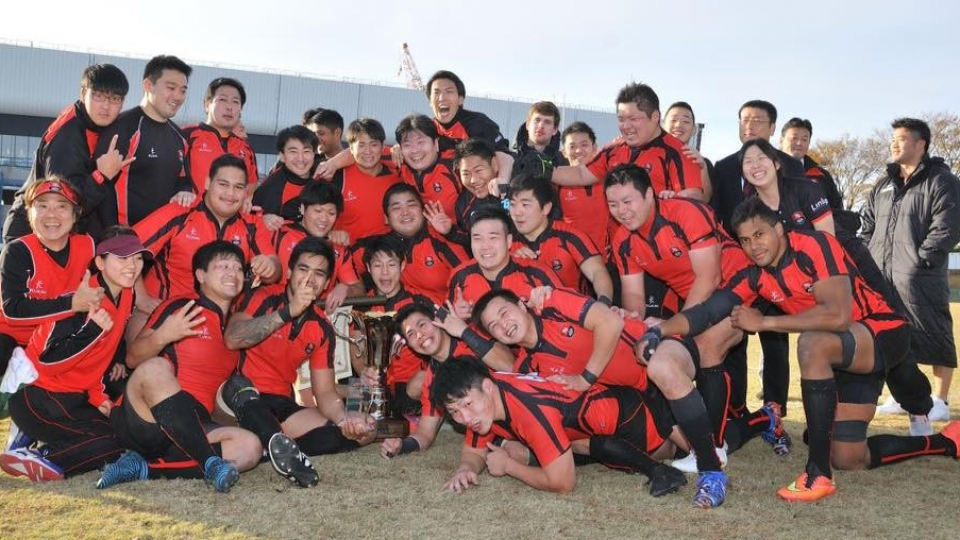 The Barbarians amateur rugby club is managed by Jamie Coventry, who hails from Waikato, northern New Zealand, and has lived in Sapporo city since 1998.

As a former player and coach for the club and long-term resident of Sapporo, Coventry believes the World Cup will be an occasion to celebrate, but best of all, an opportunity to set off rugby fever all over again in Japan.

"As far as bringing a lot of tourists and fans into the country it's a special occasion," Coventry, 45, said in a recent interview with Kyodo News at the Jozankei club grounds.

"The other exciting part about it is to the man on the street, rugby is not that well known. But I think after the 2015 World Cup and all the success Japan had there's a lot better awareness of it. On the back of that I think it's a really great time to give rugby exposure to the country."

The Barbarians, formerly called the "Stale Vomits" when the club began with five Japanese young men in 1975, has grown into a vibrant community of rugby players of all ages, especially since acquiring the spacious Jozankei club grounds in 2007.

It was another New Zealander, Mark Ealey, who in 1983 suggested that vomit -- the image of which came from rugby players who ram each other on the field then swill copious amounts of beer until they puke -- did not have the best ring to it.

Ealey, a Hokkaido University student at the time, played for the grassroots club and shared his knowledge as a coach to put it on track toward what it has become today. He also played a role in getting Kiwis and Aussies to play for the club. 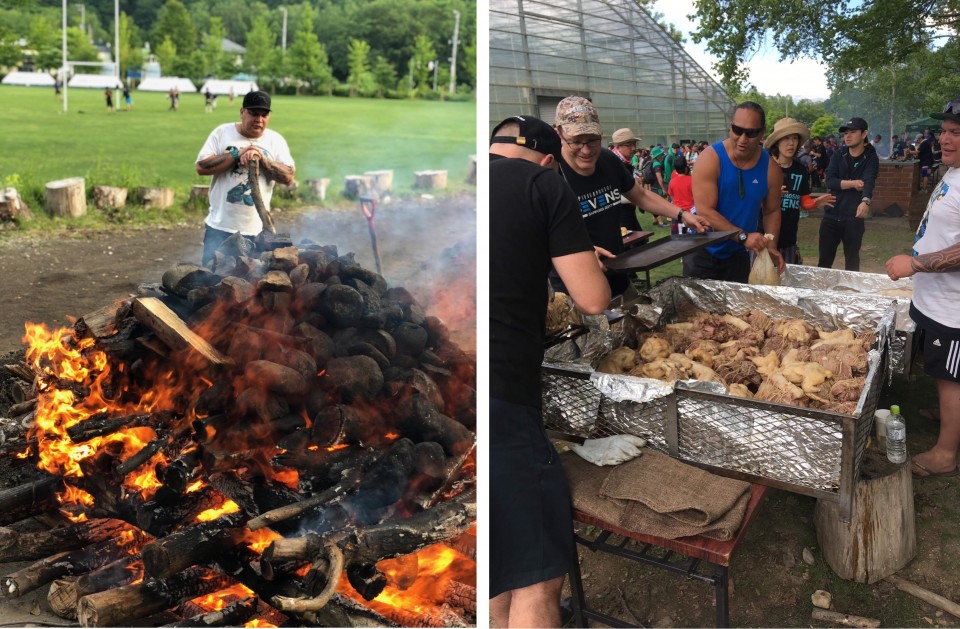 "He said why don't you give yourselves a decent name and take yourselves more seriously. He said you guys could be a strong club. Obviously (vomit's) a terrible name and that's why Mark changed it. I'm glad he did," Coventry said with a laugh.

In 1987 a group of the club's players traveled to New Zealand to watch the inaugural Rugby World Cup. They also visited rugby clubs in the communities and were shocked to see how much the game was followed by everyone, young and old.

"They thought what a cool concept. They've got their own grounds and they've got their club rooms right next door, and it's all a community. They loved that idea. It took a further 30 years to put themselves in a position financially to buy their own ground but they were working toward that goal. We certainly had the players and the sort of community spirit from then."

Hokkaido Rugby Football Union chairman Inao Tajiri, 70, one of the original five and also the Barbarians chairman, is the most influential person in the club's history and a major proponent behind Sapporo's successful World Cup bid, explained Coventry.

"He is very driven and open to international ideas, hence why he always likes Kiwis to come in. He's very outspoken but in a good way. It's always for the betterment of Hokkaido and Barbarians' rugby." 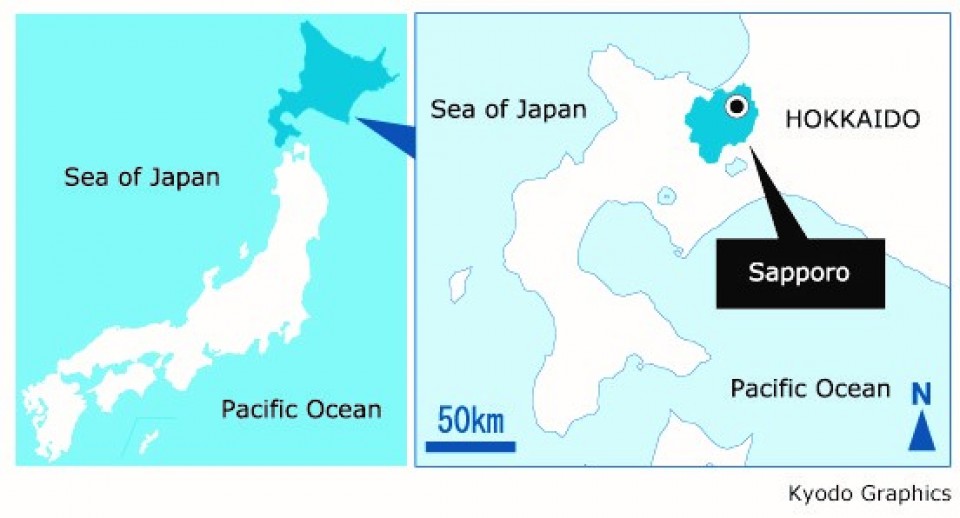 Since 2008 the Barbarians have had three men's teams that play regularly and a women's sevens side -- Hokkaido Barbarians Diana. The men's A team, which has won the All Japan Championship three times, is the No. 1 ranked club team in the country. There are 140 senior members and 100 juniors of various ages who belong to the club.

The women's team, which started with the daughters or wives of players on the men's teams being vaguely interested in the game -- running and tossing the ball around for fun -- has shown steady progress from its subpar beginnings and has even started to challenge for top honors. The team has grown with the addition of several women from New Zealand and key players like prop Tomomi Kozasa.

"If we can continue to grow our numbers I think one day, like the men's, we will have the ability to be No. 1 ranked in Japan. I think if we continue to be ambitious with our women we'll get there," said Coventry. 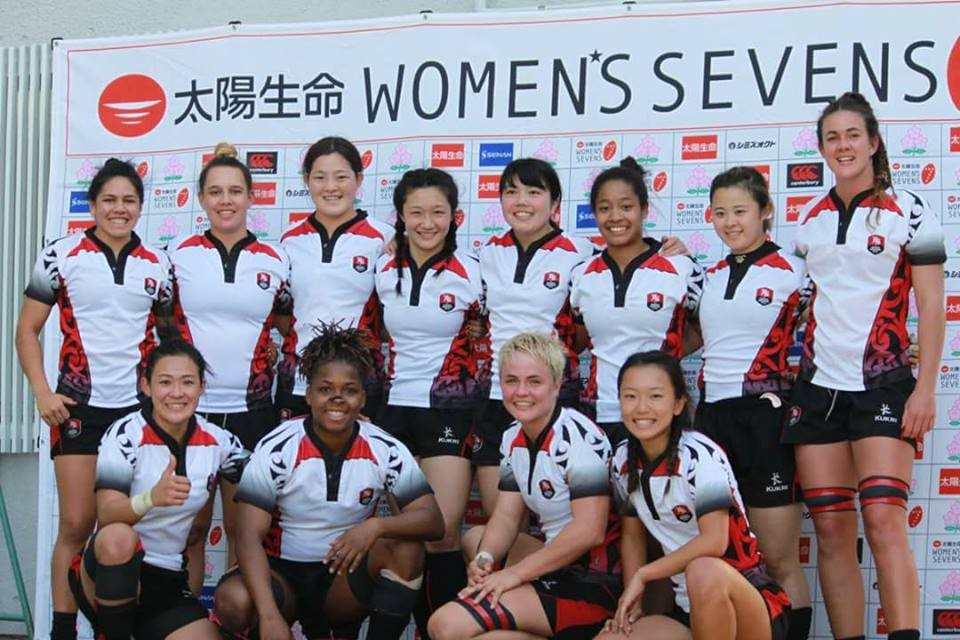 Lote Tuqiri, a former club member who played sevens in the 2016 Olympic Games in Rio, now plays for second-tier Kintetsu Liners. Kozasa and flanker Jose Seru, a Fijian on the Barbarians men's side who aims to obtain Japanese citizenship like Tuqiri, are the Hokkaido club's 2020 Olympic hopefuls.

"He's a hell of an athlete. He's 6 feet 6 (inches) and can jump like Michael Jordan," Coventry said of Seru. "That would be another proud moment for the club, having two (more) Olympians."

Coventry's responsibilities include looking after foreign players' day-to-day activities, like having to see a doctor, and helping arrange the two international tournaments the Barbarians host each year. He also runs a small sportswear business and a rugby agency promoting players from New Zealand to Japan's Top League.

Other than rugby itself, he says the traditional Kiwi food culture, or hangi, in which food is cooked using heated rocks in a pit oven plays right into the lively community atmosphere at Jozankei, where players and their families gather to celebrate.

The meals are cooked during the annual Governor's Cup and Pirika Moshiri Sevens international rugby tournaments hosted by the club at the Jozankei grounds.

"It's great because everyone is sort of concentrating on the rugby...then we start shoveling the dirt and they ask what are you doing with it, and we say we're bringing up the meal. Then all of sudden you take off the polyurethane, and the towels and they still don't get it. But you pull way everything and there's all this beautiful meat. It's like 'Ohh and Ahh' and photos are being taken, yeah it's cool."

Coventry expects the same celebratory mood with food, drink and merriment when Australia face Fiji and Tonga play England on Sept. 21-22, respectively, next year at Sapporo Dome. Brian Brew, an Irish pub that doubles as the Barbarians' clubhouse in central Sapporo, welcomes parties for visiting teams and socializing with teammates.

Tonga will train at the Jozankei grounds, which feature the main rugby ground, a sub ground used for cricket and baseball, an indoor practice area, and a clubhouse with a dining area, bunks and shower facilities. The team will stay at the nearby Mori No Uta hotel.

"I think Tonga comes in about 10 to 14 days beforehand, so they're going to have their pre-camp at the ground as well," Coventry said. "I'm sure our players will come out and watch them and meet them as they try and take on England."

Rugby fever overcame the country during the 2015 World Cup in England, where the Brave Blossoms stunned the world by beating South Africa in their opener and getting two more wins in the pool stage.

Coventry expects next year's World Cup games to only add to rugby's allure around the nation and promote the tourist industry in Sapporo even further.

"Hopefully it increases rugby numbers, especially schoolboy and schoolgirl numbers. That would be one major aspect that's good for the city. I imagine the week leading into it Sapporo will be able to put its best foot forward as far as food, restaurants, dining, and so on, because that's probably what we do best."